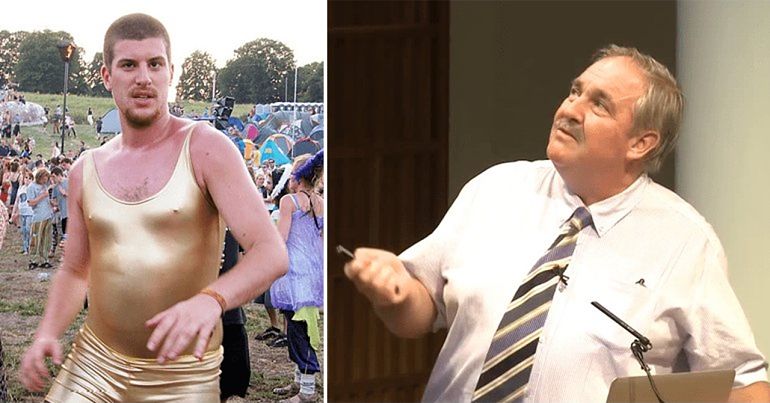 you’re a legend, but when you go out and you get on the sesh, what’s your favourite drug?

This is one of two articles on Nutt’s Boomtown talk. The Canary also interviewed Nutt about DMT brain scans, Jeremy Corbyn, and what happened to the people with depression who took magic mushrooms in last year’s study. The audio recording and article can be found here.

Listen to the Q&A session here (the question above starts at 9:20):

“The Daily Mail and the Sun will tell them not to”

Through a tent full of laughter, Nutt responded:

You must realise that I am being monitored… Can you imagine? I’d be front page in the Mail

He received huge applause for his contributions.

In another question, a festival-goer asked what’s stopping the international community from legalising drugs. Nutt responded:

The UN conventions say absolutely explicitly no country can make… illegal drugs legal. And you say well how come 10 American states have done it? and the answer is ’cause they have’. And that tells you a very simple thing… our government doesn’t want to, because the Daily Mail and the Sun will tell them not to.

“The lies that have been told about cannabis are so powerful”

In The Canary’s interview with Nutt, he offered two more major reasons the UK government refuses to adopt what’s known as an evidence-based policy:

Nutt laid out another reason the government can’t really admit the war on drugs has been what he deems a “lie”. The author of Drugs Without the Hot Air said it would destroy public confidence in the government:

the lies that have been told about cannabis are so powerful… It’s like discovering that your government had told you lies about… why we went to war… We’ve been fighting a war on drugs for 50 years. People don’t want to believe that they’ve been lied to… If you kind of admit that… they’ve been lied to on that…

The UK government under Theresa May has expanded criminalisation of drug users. Criticising such moves, Nutt compared heroin use in the UK to that of Portugal, which decriminalised drugs in 2001:

Deaths from heroin in Portugal have gone down to one-third of what they were… In Britain… our deaths have gone up to 30% more than they were.

Nutt received a warm-welcome from festival-goers for taking on establishment myths about drugs. As Nutt told Boomtown, the UK needs to adopt an evidence-based approach to drugs. Pronto.

Bristol-born Boomtown is an immersive festival located at Matterley Bowl in Winchester, Hampshire. For a taste of the extraordinary spectacle, check out the 2018 after-film: