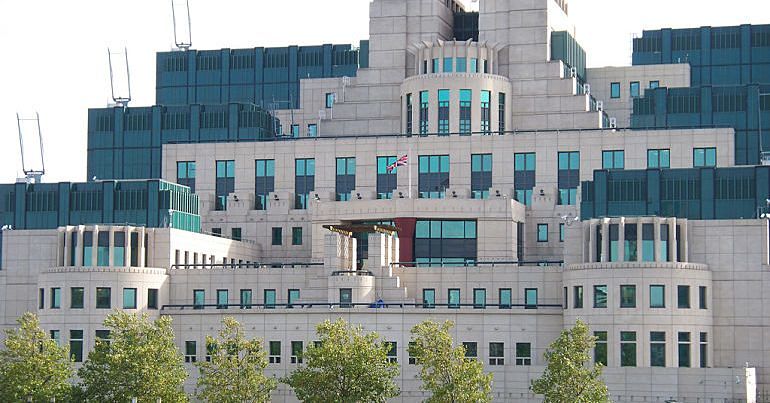 On 23 February, The Daily Telegraph ran a prominent story on former MI6 head Sir Richard Dearlove. Dearlove believes Jeremy Corbyn has some “questions to answer” about his meetings with a Czech diplomat.

But days earlier, a document produced in the High Court raised questions about Dearlove’s own role in a meeting he had with Libyan officials; a meeting that arguably had disastrous consequences.

Writing in The Daily Telegraph, Dearlove said [paywall] that Corbyn had “questions to answer” over his dealings with Jan Sarkocy, a Czech diplomat, later expelled as a spy. The Daily Mail recycled the story, based on allegations that have since been debunked.

In response, a spokesperson for Corbyn told the Daily Mail:

Richard Dearlove, who as head of MI6 was involved in the infamous dodgy dossier that helped take us into the disastrous Iraq War, should not be trying to give credence to these entirely false and ridiculous smears.

Tory MP Ben Bradley, meanwhile, issued an unreserved apology for his part in the smears:

What this means is that all the stories, hints and innuendoes about Corbyn being “paid” by Czechs = untrue – and Tory party boss admits it pic.twitter.com/0omRKEs0by

Dearlove also criticised Corbyn in June 2017. He stated that Corbyn was ‘”unfit” to govern and “represents a clear and present danger to the country”.

The High Court hearing that referenced Dearlove is the latest in a case brought by Abdel Hakim Belhaj against former foreign secretary Jack Straw, former senior MI6 division head Sir Mark Allen, and MI6. During the hearing, a Libyan External Security Organisation document was produced. The document, published by Middle East Eye, bears Dearlove’s name on the heading. It provides details of an alleged secret meeting he attended in Libya between MI6 and Libyan officials.

Soon after that meeting, Libyan Islamic Fighting Group (LIFG) leader Belhaj and his wife Fatima Bouchar were kidnapped by the CIA. They were renditioned (via the British Indian Ocean Territory of Diego Garcia) to Libya. There, they were jailed and tortured. Papers produced in court showed that an MI6 officer flew to Tripoli within days of the rendition to ask about Belhaj’s “cooperation”. That same officer reportedly told her Libyan counterparts about the location of another LIFG leader, Abu Munthir al-Saadi, who (with his family) was also renditioned.

Al-Saadi and Belhaj were imprisoned by the Gaddafi regime for seven years.

But less than a decade earlier, Britain was “covertly supporting” Libyan rebel forces. In 2017, The Canary published a top secret MI6 cable [pdf] from 1996 showing [pdf] that relevant British government departments were briefed on a plot to assassinate Gaddafi. And a comprehensive dossier on the background to Britain’s links with foreign and UK-based extremists went on to claim that the perpetrators of that plot were members of the LIFG. Moreover, it’s alleged that the plotters were funded by MI6.

Did Gaddafi ask Blair to help him target dissidents? Why did Number 10 send an emissary to meet Libyan spies just weeks before the abduction? What really happened at Dearlove’s set-piece presentation to Gaddafi?

Dearlove had his own perspective:

It was a political decision, having very significantly disarmed Libya, for the government to cooperate with Libya on Islamist terrorism. The whole relationship was one of serious calculation about where the overall balance of our national interests stood.

In 2010, the LIFG disbanded. Former members then went on to form the Islamic Movement for Change. Not long after, Britain did an about-turn and, together with France and the US, provided air and other support to rebel forces. Within months, Gaddafi was dead.

In 2011, MI5 reportedly facilitated the travel of British Libyans, many associated with the LIFG, back to Libya. The man identified as the perpetrator of the Manchester Arena bombing was allegedly affiliated to the remnants of LIFG’s more radical elements.

Former MI5 intelligence analyst Annie Machon claims the bomber and his family were given “sanctuary” by British authorities in the 1990s. She also said that Britain allowed members of his family to return to Libya to fight against Gaddafi. And she went one step further, suggesting the bomber was “allowed” to “fly under the radar”:

Put into perspective, Dearlove’s concerns about Corbyn’s alleged meetings with a Czech diplomat appear utterly insignificant. Especially when taking into account the disastrous consequences of MI6’s involvement in Libyan affairs.