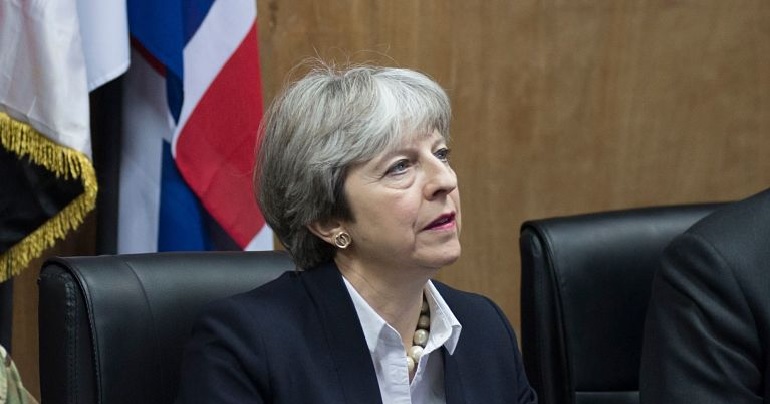 Explosive new leaks may explain why the UK’s Conservative-led government quietly rewrote its own Ministerial Code.

The government removed wording from the code that explicitly said ministers had a duty to comply with international law.

Within days of it trying to defend that decision in the High Court, the Intercept published an exposé. It revealed that Saudi Arabia had launched an airstrike against a family with nine children, which experts say shows “clear violations” of international law.

The UK government has staff working in Saudi Arabia’s headquarters, where its targeting rooms are located. They are ‘liaising‘ with the authoritarian kingdom on its bombing campaign in Yemen. At the time of writing, the Saudi-led coalition had just launched an airstrike near a public hospital, reportedly killing around 26 people.

The Gulf Center for Human Rights (GCHR) brought a case against Theresa May and Cabinet Office minister David Lidington over the code change in the High Court on 25 July. The rewrite, which occurred in 2015, removed certain references to a minister’s duties. It originally read:

[there is an] overarching duty on ministers to comply with the law including international law and treaty obligations and to uphold the administration of justice and to protect the integrity of public life.

But the government shortened it to say there is only an:

overarching duty on ministers to comply with the law and to protect the integrity of public life.

At the time, a Cabinet Office spokesperson said the changes brought it in line with the civil service code. They also claimed the “law” referenced in the revised version includes international law.

The High Court reached a verdict on 1 August. It ruled that ministers’ “overarching” duty still includes compliance with international law and treaty obligations despite the government removing wording to that effect.

The UK, along with the US, is complicit in the Yemen war. As well as having staff deployed for “liaison” in Saudi Arabia’s headquarters, it’s also providing “advice, information and assistance” to the country. Meanwhile, the UK government is arming Saudi Arabia to the back teeth. It’s approved at least £4.6bn of arms sales to the country since it began bombing Yemen in 2015.

Reports of civilian casualities in the assault are common. But the Intercept‘s exposé gives a rare insight into why that’s the case. Based on a US intelligence report seen by the outlet, it appears the Saudi military targeted a family, with nine children, on 14 May. Its drones had been surveilling the two tents the Maswadahs were living in close to a cliff in Saada prior to the attack.

According to the US report, the drones identified tents and “hot spots” – an indication people are present. But military officers watching the footage saw “no personnel or vehicles visible, nor any other intelligence information about the location”.

The officer in charge, however, ordered the strike anyway – even though he didn’t see the supposed target with his own eyes. The duty officers described the scene to him on the phone because he wasn’t there. Exactly who carried out the strike is unknown, as the Saudi-led coalition includes multiple countries.

Thankfully, the strike was a failure. The bomb missed the family “by about 30 meters”, according to the US report. Abdullah Maswadah and his family have since moved into caves, hoping that will be safer. He says:

The kids burst into tears when they hear the sound [of planes].

Clearly, seeing a couple of tents and indications of people present is not enough ‘evidence’ to justify an airstrike. As international law expert Ioannis Kalpouzos told the Intercept:

Beyond viewing the tents and the hot spots, if no intelligence was ordered to determine if these were military targets, then this is definitely a violation of the principle of precaution. This is the obligation to take all necessary measures to distinguish between civilians and combatants and to minimise incidental loss of civilian life

But no. Instead, the UK government has been busy changing codes in a way that makes it less clear what culpability it has in atrocities abroad.

– Support Campaign Against Arms Trade in its legal fight against arms sales to Saudi Arabia.