Former army chief is ‘disappointed’ with the Queen’s speech. But not for the reason that he should be. - The Canary 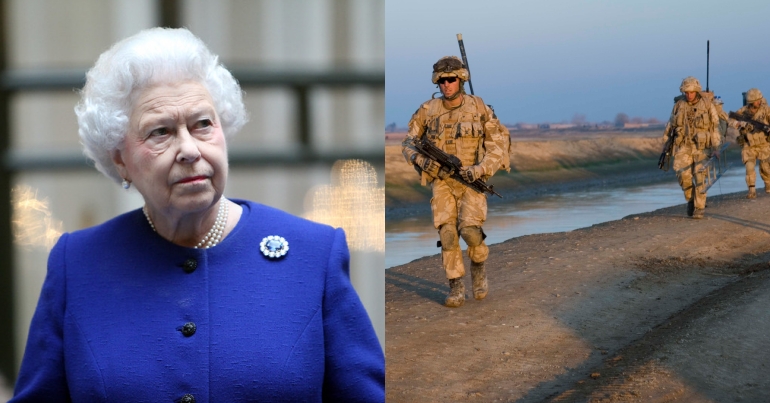 Former British army chief Richard Dannatt said he was “very disappointed” with the content of the Queens speech. Dannatt feels disappointed as legislation to give an amnesty from prosecution to British army veterans of the conflict in the north of Ireland was ‘cut‘ from her speech.

But it’s the victims of British army killings who should be ‘disappointed’. Because the Irish and British governments agreed mechanisms, under the Stormont House Agreement (SHA) in 2014, to deal with these killings. And, as a victims’ justice campaigner told The Canary, these mechanisms won’t be in the speech either.

Calls from Dannatt and others for an amnesty for British soldiers beggars belief. The Police Service of Northern Ireland (PSNI) is investigating a far greater number of killings attributed to Irish republicans than to British soldiers. And currently, just six British soldiers are facing prosecution.

Of the 3,637 people believed to have been killed during the 30-year conflict in the north, just 10% are attributed to British security forces and 30% to loyalist paramilitaries. But that figure doesn’t give the complete picture. Because journalist Anne Cadwallader’s book Lethal Allies reveals collusion between British security forces and loyalist paramilitaries. Between 1972 and 1976 alone, collusion was responsible for 120 killings.

So if so few prosecutions of British security forces have followed, you could be forgiven for thinking that some kind of amnesty is already in place. Which is why you would also have to wonder why Dannatt and others want further protection.

Nobody is above the law

Nobody is above the law. If soldiers have broken the law and if there is evidence to back up charges against them, then of course they must face the rigours of the law and take the consequences.

But in the vast majority of cases, British soldiers, particularly in the campaign in Northern Ireland, got up in the morning to do their duty to keep the peace according to the rules of engagement we had

So neither he nor any British soldier who served in the north should need new legislation.

The Time For Truth (TFT) campaign is one group representing victims’ families. And it has three demands:

Yet despite the number of killings that can be attributed to loyalists or British forces during the conflict, they seem to go almost unnoticed and unreported today. Because neither the mainstream media nor the British government appears to be taking them seriously. One campaigner told The Canary that without legislation to implement such mechanisms, pressure will increase:

on the PSNI and the criminal justice system here who have a statutory responsibility to deal with investigations and due process into our past and who are ill equipped and reluctant to do so.

In any political climate, stalling on matters of grave importance could cause unease. And as the presence of customs borders on the island of Ireland remain uncertain, it’s unease we really do not need. Time these families had justice.