Police strip searched yet another child while she was on her period. Enough is enough. - Canary 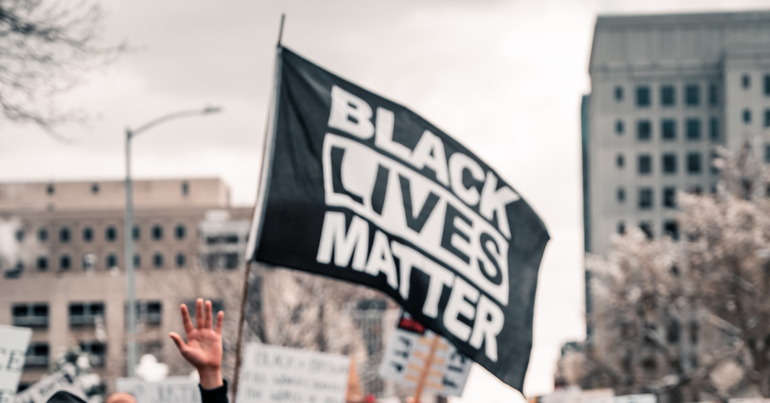 This article includes a recounting of self-harm and discussion of suicide.

A mother has spoken about how police strip searched her 15-year-old child, who later tried to kill herself. The teenager’s family is now bringing a civil case against the police.

This comes just after Child Q’s harrowing experience of being strip searched by police. In fact, police have strip searched roughly 50 children a week over the last five years. The mother, who spoke to the BBC, shared details of her daughter’s traumatising experience from December 2020. This was the same month in which Child Q was strip searched.

What happened this time?

The BBC detailed that Olivia (name changed to protect identity) is mixed-race and autistic. Olivia’s mum said that:

Olivia had been out with some friends when they had an argument with two boys, who called the police and alleged they were the victims of an attempted knife-point robbery. She was searched by police at the scene and nothing was discovered. Olivia and her friends were then arrested.

Olivia’s mum (who the BBC report calls Lisa – another pseudonym) warned the police over the phone that Olivia had been self-harming. Olivia handed over a small blade that she used to self-harm. Whilst changing her clothes, a sharpened stick fell from her clothes. It was another item she used to self-harm. But when the police noticed it, six officers handcuffed her and “forcibly stripped her”. They then carried out what the BBC called:

an intimate search in the presence of male officers.

It bears repeating that Olivia is a vulnerable child who was in a distressed state. Why the police thought it acceptable to seize her and strip search her is beyond comprehension. Olivia’s mum also said that:

Olivia was actually on her period at the time too. And they cut off her underwear in front of these grown male officers. She was absolutely distraught.

In the time since she was strip searched, Olivia has continued to self-harm and has also attempted suicide.

What happened to Olivia is enraging and terrifying. This is yet another example of shocking police behaviour. It is, however, also important to pay attention to the fact that Olivia is mixed-race and autistic. There have been many instances in which police have treated autistic people in a violently ableist manner.

Earlier in May, a 12-year-old Black autistic boy was allegedly assaulted by a white woman. Antwon Forrest was left with a deep gash in his head. Avon and Somerset police initially told his family that they would take no further action. But the force have now classified the incident as a racist attack. And they’ve also apologised for their response to the case. They will be reviewing it, but their initial actions speak for themselves.

Moreover, in 2020 a police officer dragged an autistic boy across the floor in a special-needs school in Liverpool. Incredibly, the officer was part of a “safer schools” unit. Christopher Cruise was convicted of assault; he retired before he could be sacked. The officer was fined and didn’t serve any time in prison. A relative of the boy who was assaulted said:

He has autism and he struggles a lot. He is much younger in his head, more like a five-year-old.

We are all absolutely furious. His days are hard enough already.

Also in 2020, a parent came forward to say that police pointed a taser at their 12-year-old autistic son. The parent said that when a pair of shoes no longer fit her son, he became extremely distressed:

He was an 11-year-old boy in autistic distress – overwhelmed, frightened, anxious and unable to regulate these feelings.

When neighbours called the police due to the noise, the parent said that:

Four police officers restrained my son and placed him in handcuffs. Having heightened sensitivity to touch, this increased my son’s discomfort to intolerable levels. Without freedom of movement, his primary mechanism of self-regulation – pacing and rocking – was restricted.

While the police dragged her son away kicking and screaming, the boy yelled out:

There are almost certainly many other cases in which the police have abused autistic people.

How can you reform this?

The epidemic of police violence against Black people, disabled people, immigrants and other minorities shows that neurodiversity training isn’t enough. Training isn’t going to deal with the rot at the heart of British policing. The police are institutionally racist and ableist, and there’s no amount of training that will change that. As the Independent’s race correspondent Nadine White argued, Black children are under attack by police.

The Metropolitan police have referred themselves to a police watchdog over the incident with Olivia. But as law magazine The Justice Gap reported:

More than half of these searches were conducted by the Metropolitan Police and a disproportionate number of black and mixed-race children were subjected to this process.

A police force which can strip search children and leave them traumatised is a police force that is beyond repair. Olivia’s experiences are haunting. A mixed-race child with autism was violently attacked by officers who outnumbered her. This is indefensible. But we know the usual suspects will try to defend such behaviour.

We can’t rely on the police investigating themselves – we have to rely on each other. It’s now more important than ever to observe the police in public. Cop watching organisations are available to help people learn how to legally observe and document police behaviour. As for police violence behind closed doors, we must speak loudly and clearly that we will not let them keep hurting our children.

Find out more information on what copwatching is and how it works here: