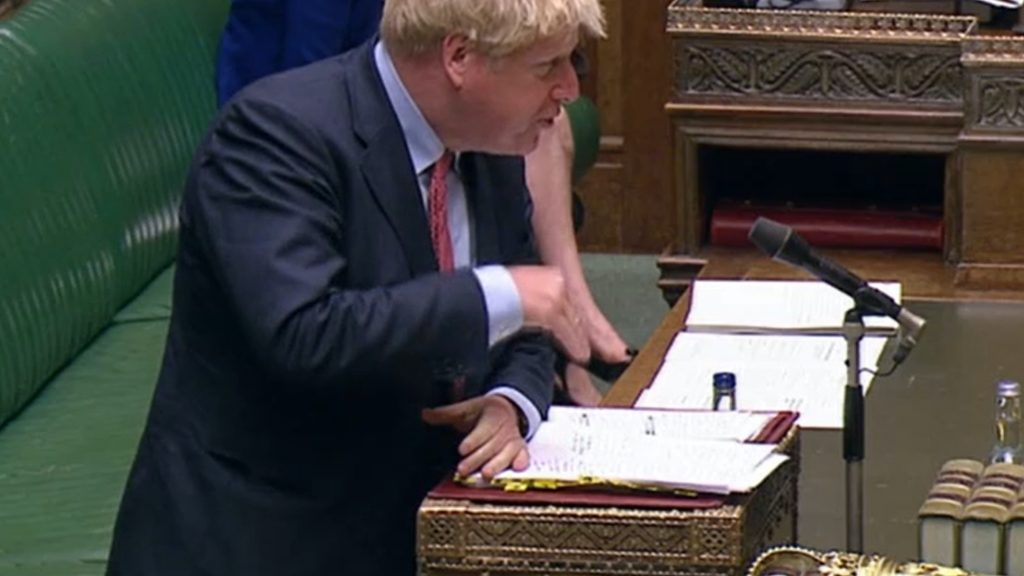 Labour leader Keir Starmer challenged Boris Johnson over his handling of the coronavirus (Covid-19) pandemic at PMQs on 15 July.

But instead of answering Starmer’s questions, Johnson treated his interrogation as a joke, stating that Starmer has:

But while the PM might have received cheers from his Tory colleagues, many social media users were unimpressed:

1st July
Boris Johnson: "Of course I'm not flippant about the virus"

15th July
Starmer: "What would the PM say to the families of the bereaved?"

Meanwhile, at PMQs, Starmer asks Johnson a question about bereaved families. The PM responds with “he’s got more briefs than Calvin Klein.” Tens of thousands are dead, and Boris Johnson is doing lame gags about pants. Tory MPs cheer delightedly. God, these people are disgusting.

Starmer had warned that Johnson is “kidding no-one” by claiming everything is a “stunning success” in connection with the government’s coronavirus response and urged the PM to acknowledge there are problems.

Speaking at PMQs, Johnson said Starmer should help “build up the confidence” of the people of the country to “cautiously” get back to work and restart the economy instead of “endlessly knocking” their confidence.

It’s perfectly possible to support track and trace and point out the problems, and standing up every week and saying it’s a ‘stunning success’ is kidding no-one – that’s not giving people confidence in the system.

They’d like a prime minister who stands up and says, ‘there are problems and this is what I’m going to do about them’. Not this rhetoric about stunning success when it’s obviously not true.

He needs to make up his mind about which brief he’s going to take today because at the moment he’s got more briefs than Calvin Klein.”

A spokesman for the Labour leader said after PMQs:

It tells you everything you need to know about the Prime Minister’s flippant approach to this crisis. Keir was raising very serious concerns from bereaved relatives and the Prime Minister responded with a pre-prepared joke.