SNP MP: I was warned which men to avoid in Westminster - Canary 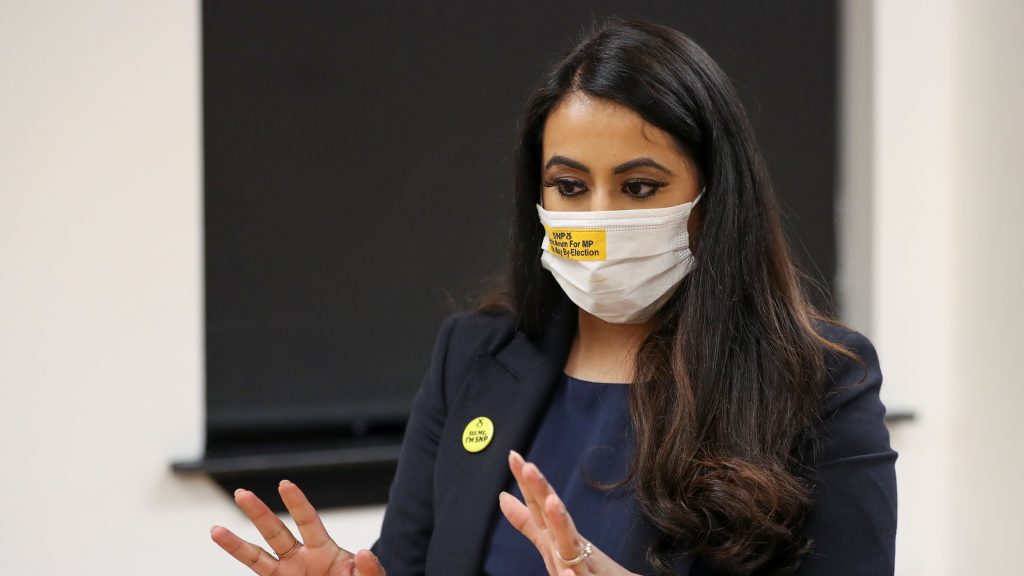 A former Conservative minister warned a newly elected Scottish MP which “predatory” men to avoid in parliament. It comes after Tory backbencher Neil Parish resigned after admitting that he had been watching pornography in the Commons on multiple ocassions.

Anum Qaisar was elected SNP MP for Airdrie and Shotts in May 2021. After her election, she was told by opposition MPs which men to avoid in Parliament. She told Sky News that a former Conservative minister approached her at a parliamentary event after noticing she was uncomfortable with a male politician being “too cavalier”.

Despite the fact we have this horrific, toxic culture in Westminster, it’s women looking after women. Since I joined Parliament, I’ve been taken aside by female MPs to warn me about some male MPs who say ‘Actually, Anum, you’re probably better off staying away from X, Y and Z’.

In my situation, I was at a parliamentary event and a certain male MP made a beeline for me. I started to feel really uncomfortable because he was being far too over-cavalier.

It was actually a Conservative MP – a former minister – who took me aside and said ‘Look, it seems like you feel uncomfortable. Do you want to stay with me? You’re probably best just to stay away from that person’.

The situation was that, funnily enough, it was tractors I was looking at. I did get into another website that had a very similar name and I watched it a bit, which I shouldn’t have done.

But my crime – biggest crime – is that on another occasion I went in a second time.

The news emerged after two female colleagues said they had seen Parish looking at the explicit content while sitting near them in the Commons. He was suspended from the Conservative Party on 29 April, before announcing that he would be stepping down as an MP over the criticism.

Qaisar, a former secondary school teacher, said it should not be up to women to bring forward change on issues like misogyny and harassment. She said:

She added that there is a culture in Westminster where the men accused of these actions only quit when they are threatened with being thrown out of Parliament.

In Westminster, we have this culture where we have late-night votes, a high-pressure environment and numerous bars in the Parliamentary estate.

All those factors can enable men, usually those elected or in high office, to become predatory.

As 15 male MPs have been referred to a parliamentary watchdog over misconduct allegations, first minister Nicola Sturgeon said there is a “massive” culture problem which needs to be dealt with. She told Sophy Ridge on Sky News on Sunday that she has been in politics so long that she has become inured to the issues but said she sympathises with younger politicians.

It’s been really difficult to get women to come forward and stand for election because there is a sense that politics and public life is not a safe space for women anymore, and we need to do about that because we’re going to rue the day if we continue down this path and women just don’t see the ability to come forward and be active in politics.

Sturgeon also addressed harassment allegations against SNP MP Patrick Grady, saying she will not “shy away” from taking action depending on the outcome of an investigation.