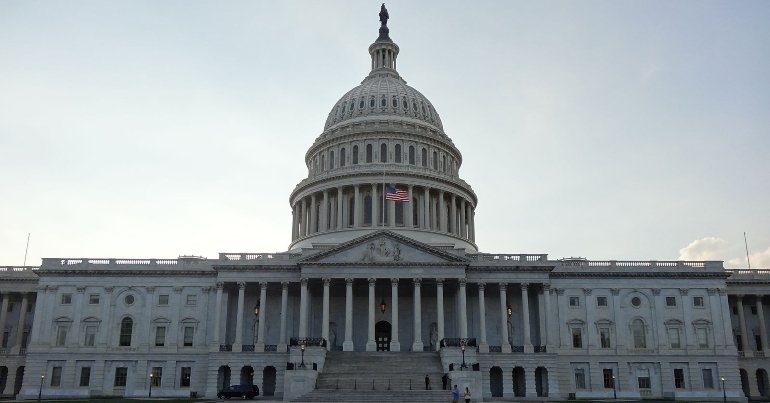 The government shutdown in the US is now the longest-running in the country’s history. And the political dynamics taking place in the White House and Congress are getting extensive press coverage. But the devastating impact it’s having on federal government workers is the real scandal. It just isn’t receiving the same levels of attention.

Donald Trump’s stubbornness is literally ruining people’s lives. And their stories must be told.

On 12 January, the shutdown surpassed the previous 21-day record – set during the presidency of Bill Clinton. At the time of writing, it is entering its 25th day.

It began on 22 December 2018 after Trump refused to sign a measure to continue government funding passed by the US Senate. The move was essentially a tantrum over Congress’s unwillingness to provide the $5bn Trump demanded to build his proposed wall along the country’s southern border with Mexico. A bipartisan group of Congress members was willing to compromise and provide $1.6bn; but Trump rejected the offer.

Trump is nonetheless blaming congressional Democrats for the shutdown (even though he previously said he wouldn’t). Following last year’s midterm election, the latter control the House of Representatives, which is responsible for government funding.

But the US public doesn’t seem to see it Trump’s way. According to the most recent polls, the majority of US citizens hold Trump primarily responsible for the situation. And interestingly, nine members of congress whose districts lie along the US-Mexico border have also stated their opposition to the idea.

Much attention in the press has focused on tedious manoeuvrings in Washington. But as the politicians (who earn upper-middle-class salaries) dither away, around 800,000 federal government employees (who generally earn much less) have suffered. Many have been furloughed (sent home without pay) or are working without pay. On 11 January, they missed their first paycheck since the shutdown. And for many people, this could translate into severe hardship, if not financial ruin.

A Washington Post analysis found that around half of the workers don’t have a university degree (which in the US significantly harms one’s lifetime earning potential), while around 14% make less than $50,000 per year (the average salary for federal workers is just over this amount). For these lower-income employees, in particular, missing just one paycheck can mean an inability to pay their mortgage, bills, credit card payments, university loans, or even for basics like food and medicine (which in the US, remember, is provided by the private sector).

Knock-on consequences for the workers and wider society

But it doesn’t end there. Because this financial squeeze can have a more complex range of effects. For example, the affected workers might need to take out loans in order to cover their expenses – increasing their debt levels and, in turn, the risk of default, poor credit rating or even bankruptcy (which is surprisingly common in the US).

There can also be more generalized knock-on effects. For instance, lowered spending by these workers will decrease demand in the wider economy as they make cutbacks. All kinds of local business, especially in the Washington DC area, will suffer indirectly from the shutdown. If federal workers themselves employ people, such as domestic cleaners or nannies, for example, then they might need to lay them off – increasing unemployment and depriving even more people of their paychecks.

As time goes by, it won’t just be employees who feel the impact

Looking ahead, the harm could extend well beyond US federal workers. Despite persistent myths that ‘in the US anyone can make it’, the country actually has severe problems with poverty and hunger (especially among historically oppressed groups like Native Americans and African-Americans). Therefore, millions of US citizens depend on food stamps and the Supplemental Nutrition Assistance Program (SNAP) in order to eat. And if the shutdown continues into March, these will likely get slashed.

Housing for the poorest citizens could also be affected. Over 1,000 federal contracts that fund the housing of low-income people have already expired and several hundred more are at risk in the coming months. This could eventually lead to evictions and even homelessness, a problem which in the US is already a huge crisis.

Putting the wall above all else

Trump is clearly willing to endanger the wellbeing of hundreds of thousands (if not millions) of people in his recklessly obsessive pursuit of a border wall. Obviously, appeasing his xenophobic hardline base is more important to him than these ordinary women and men. And herein we see the intrinsic cruelty and selfishness of his entire political project.

Time could not be riper for redoubling the resistance against Trump’s reactionary agenda. And fortunately, the entrance into congress of a new wave of progressives like Alexandria Ocasio-Cortez provides some hope that we’re at the start of a major pushback.