On Martin Luther King Day, let's not forget his life-long opposition to US interventionism - Canary 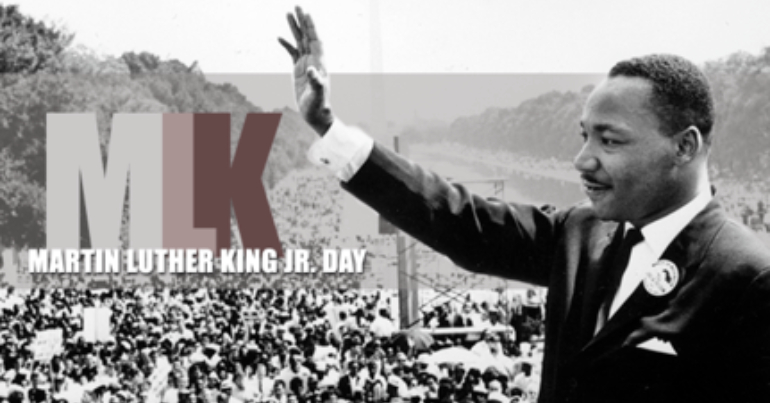 On 21 January 2019, the US is celebrating the life of civil rights leader Martin Luther King, Jr. His legacy has propelled him to the status of a visionary, much like Nelson Mandela and Mahatma Gandhi. But as the US establishment has come to terms with this, there has been an effort to sterilize his image. And it has thus sought to airbrush the radical elements of his worldview from history.

We must oppose this whitewash. Because King firmly opposed US military interventions abroad. And now, with an openly nationalist president in the White House who’s ramping up interventions abroad, it’s time that we remember the radical aspects of King’s legacy.

A time to reflect

2019’s Martin Luther King Day took place just a day after the two-year anniversary of Donald Trump’s inauguration as president. And that was pertinent. Because the US is now two years into the disastrous presidency of a hard-right self-described nationalist who was officially endorsed by the Ku Klux Klan.

It is important to remember that King’s assassination, at the age of just 39, was committed by exactly the kind of white supremacist fanatic whose present-day counterparts support Trump. Two terms of the country’s first African-American president were followed by a president who refused to categorically denounce a violent gathering of white supremacists and nationalists in Charlottesville in August 2017.

The current president originally campaigned as an isolationist (a position with a long history in the Republican Party in earlier times). And he even denounced the US invasion of Iraq. But since taking office, he has shown himself to be every bit as much of a war hawk as his predecessors (of both parties). Nothing shows this more than the people he has appointed to positions of power.

For example, John Bolton is one of the most notorious architects of the interventionist ‘Bush Doctrine‘; and he currently serves as national security advisor. Bolton has already been saber-rattling against traditional US foes in Latin America and calling for continued involvement in Middle East conflicts. Trump himself, meanwhile, has contributed to greater tension and destabilization in the region by unilaterally pulling the US out of the Iran nuclear deal.

King, on the other hand, was a vocal critic of US interventionism. But the US establishment has been largely successful in whitewashing this aspect of his legacy. It wanted to co-opt him as the respectable face of civil rights (in opposition to more radical groups like the Black Panthers), while pressing the mute button on those parts of his thought that threatened establishment power. Above all, elites feared King’s opposition to US foreign intervention. With the Cold War raging, the activist spoke out against the US war in Vietnam and other escapades in Indo-China. In a famous April 1967 speech, he said:

Speaking out against war apparently harmed King’s popularity, given the depressingly successful execution of wartime propaganda. According to a public opinion poll taken just before his death, for example, 72% of white Americans and 55% of Black Americans opposed his stance on Vietnam. But it was the US establishment in Washington that most virulently and aggressively opposed his anti-interventionist stance. As Prof Cornell West puts it in his introduction to the book The Radical King:

Although much of America did not know the radical King – and too few know today – the FBI and US government did. They called him “the most dangerous man in America.”… [He] was the major threat to the US government and the American establishment because he dared to organize and mobilize black rage over past and present crimes against humanity targeting black folk and other oppressed peoples.

On this Martin Luther King Day, with US imperialism and aggression still raging, we should remember this radical King – and not the sanitized version presented by the mainstream media. Because it would be insulting to his memory to forget the radical vision he had of a better world, which is still so far from being realized.