Trump has floated idea of postponing the 2020 election. But it's not like the US was ever a democracy in the first place. - Canary 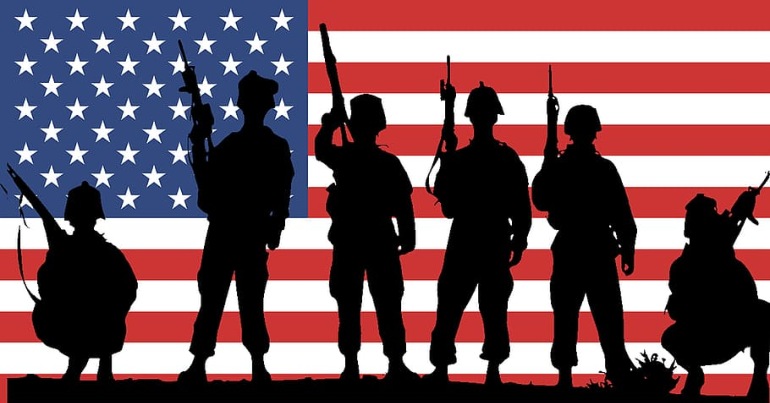 US President Donald Trump has sparked outrage by suggesting the US presidential election should be postponed. Though he later seemingly back-pedaled the idea, the comments nonetheless faced fierce criticism from Democratic and Republican political figures alike.

Trump’s comments are certainly outrageous, though at the same time utterly unsurprising. His pathological tendency to lie and his overt authoritarian tendencies have long been apparent to anyone who pays the slightest attention to US current affairs.

But beneath the outrage of political opponents from within the two major US political parties lies a deep web of hypocrisy and false assumptions. Because the US has never really been a democracy. And nor have any of Trump’s predecessors been whiter-than-white when it comes to authoritarianism and dishonesty.

On 30 July, Trump said in a Twitter post that the 2020 presidential election scheduled for this November will be “the most INACCURATE & FRAUDULENT Election in history [sic]”. He pointed the finger at “Universal Mail-In Voting”, which he has previously claimed breeds voter fraud. In the same tweet, he then implied that the upcoming election should be delayed “until people can properly, securely and safely vote”, which he posed as a question with three question marks.

The idea that mail-in voting is prone to fraud has been roundly debunked by fact-checkers. Trump’s claim that mail-in voting will be ‘universal’ is likewise false, since it’s being floated by most Democrats as an option in addition to in-person voting, rather than a complete replacement.

Criticism from across the board

Even members of Trump’s own Republican Party distanced themselves from the comments. This included Senate judiciary committee chairman Lindsey Graham, a close Trump ally, and Senate majority leader Mitch McConnell. McConnell noted that the US has held an election on a set date every year since 1845 when it was first established, and often in times of war or other national crises.

One Wyoming congress member stated bluntly during an interview with Fox News, “we’re not going to delay the election.” His comment refers to the fact that under US Constitutional law, only Congress, not the president, is authorized to change the date of an election.

Democrats, meanwhile, gloated about how Trump is presumably motivated by his dire poll standing. Following his poor handling of the coronavirus pandemic and heavy-handed response to the protests surrounding the police killing of George Floyd, Trump has been trailing presumptive Democratic Party nominee Joe Biden by double digits. Democratic Senator Kamala Harris, who is widely touted as a possible vice presidential running mate for Biden’s campaign, tweeted:

Donald Trump is terrified. He knows he's going to lose to @JoeBiden. It will require every single one of us to make that happen.

We will see you at the ballot box on November 3rd, @realDonaldTrump. https://t.co/GeEH6Csvym

To be sure, seeing Trump go into a defensive panic mode is indeed encouraging for anyone who opposes his toxic brand of faux-populist politics. And it is refreshing to hear him openly admit his contempt for elections and, in doing so, tacitly admit to being a dyed-in-the-wool authoritarian.

But we should beware of the idle triumphalism and facile talk of establishment Democrats as well, especially those that have anything to do with Biden. Because the reality is that Trump is not, in fact, as much of an aberration from US politics as it superficially seems. Rather, the US’s democratic credentials have always been highly suspect. And the political records of Trump’s predecessors have hardly been free from authoritarianism. As The Canary has previously argued, characterizing Trump as somehow uniquely evil prevents us from coming to terms with the realities of US political history.

Not much of a democracy

For one thing, the US isn’t really much of a democracy, especially when it comes to choosing the president. The US electorate does not, nor ever has, elected the president directly. Rather, the president gets elected via an ‘electoral college’ in which the winner of each state gets awarded a number of ‘electoral votes’. In theory, each state’s number is based on its population size, but, in reality, rural and predominantly white states are over-represented.

Moreover, since each candidate’s vote share can be distributed throughout the country in all manner of ways, it’s possible for a candidate to win the electoral college in spite of having lost the popular vote. This has happened twice so far this century, and in both cases to the advantage of Republicans. In 2000, George W Bush ‘won’ the election against Al Gore in spite of having got roughly 500,000 fewer votes nationwide. In 2016, meanwhile, Trump ‘won’ against Hillary Clinton despite getting almost 3 million fewer votes in total.

The electoral college also severely distorts elections. So much so that it’s impossible to know who would have won had the election been decided by a simple popular vote. This is because it’s all but certain that many people don’t show up to vote because they don’t live in competitive states, but would have if their vote counted for more. At the same time, crucial swing states get an inordinate amount of attention from each candidate’s campaigns. In turn, this leads to a tendency for the interests and wishes of those living in non-swing states to get ignored.

A similar picture plays out in terms of congressional races. The states’ own congresses are responsible for drawing the congressional boundaries for the federal congress, rather than an independent commission, as is the case in the UK. So the majority party in the state congress can draw electoral maps of the congress in Washington to their own party’s advantage. Known as gerrymandering, this process was outlawed as a way of deliberately disenfranchising voters on ethnic grounds but does still continue on a de facto basis.

The same can be said of outright voter suppression, which again often has an ethnic dimension to it. Though outright methods such as violence and fraud or racially-targeted literacy tests are largely a thing of the past, there are still subtle methods that right-wing forces use to suppress the vote. The criminal justice system, for example, is weaponized to deprive large numbers of people from racial minorities of the vote. In some states, people convicted of even minor, non-violent crimes like drug possession, who are disproportionately Black, are forever barred from voting – even after they’ve served their sentence.

Trump’s authoritarian tendencies also seem like less of an anomaly when contrasted with the records of his predecessors from both parties. Though former president Obama never suggested delaying an election, he can’t exactly be characterized as any kind of civil libertarian, either. In fact, like Trump, he was both an authoritarian and a liar. As soon as he entered office in 2008, the lofty promises of ‘hope and change’ that he made on the campaign trail soon faded into a continuation of many of the policies of his predecessor George W Bush.

For instance, Obama failed to close down the Guantanamo Bay Detention Center. The torture, rendition, and indefinite incarceration without trial all continue unabated to this day. He also failed to repeal the Patriot Act and even renewed some of its major provisions, such as roving wiretaps. On both counts, he had promised to do the exact opposite while campaigning for the presidency.

Things seemed to get even worse in his second term. In 2013, a Washington Post investigation exposed frequent and repeated abuses of power by Obama’s National Security Agency. This included illegal surveillance of foreign intelligence targets and even US citizens, along with deliberate interception of telephone calls and emails.

Since Biden served as vice president during Obama’s two terms in office, he and his supporters don’t have much credibility when it comes to criticizing Trump for his authoritarian tendencies or his habit of lying. Because when their political faction was last in office, clearly they weren’t much better.

A polyarchy that alternates power

Given the sordid record summarized above, the question naturally arises as to whether the US was ever a democracy. Or whether it ever had much political opposition to rampant authoritarianism from either of its two major parties in the first place. As Noam Chomsky has pointed out, the US is better characterized as a ‘polyarchy’ in which rival factions of the same ruling elite simply alternate power between them, dependent on which one of them triumphs in the sham that the US calls an ‘election’ every four years.

In short, Trump’s latest expression of contempt for democracy, while admittedly troubling, is not quite so far from the norm when taken in the context of the reality of US politics for decades.