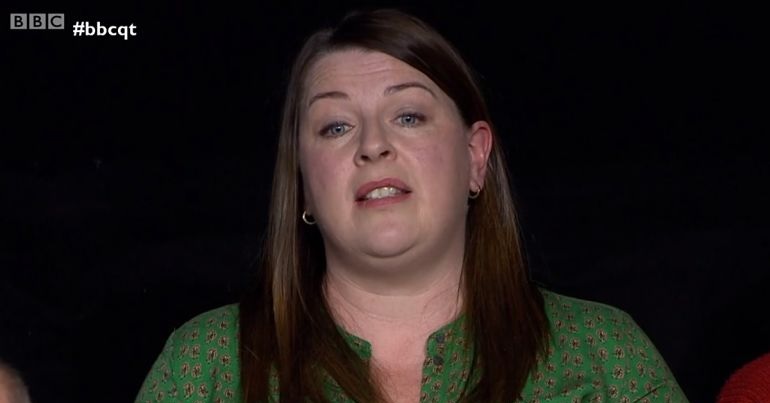 On 27 November, Jeremy Corbyn released over 400 pages of previously secret documents detailing talks between US and UK officials in relation to a post-Brexit trade. The Labour leader said they were evidence that “the NHS is on the table and will be up for sale” in the trade deal with Donald Trump. Boris Johnson instantly cried foul, saying “the NHS is not on the table in any way”.

Thanks to a nurse on BBC Question Time, however, the current PM’s denial has been left in tatters.

The nurse, who’s worked in the NHS for 20 years, said:

I think it’s difficult because we have lots of evidence that Donald Trump and Boris Johnson are not to be trusted.

“We’re not able to deliver adequate service in the emergency department because it’s just been underfunded, year after year”

This nurse says a ‘large sum’ of the NHS budget has already been given to private companies. #bbcqt pic.twitter.com/PZDhgGSiqU

Indeed, both leaders’ political careers have been marked by lies. In fact, Johnson even faced accusations of lying about lying on 29 November, after he told ITV that he has never “tried to deceive” the public. Meanwhile, another Question Time audience member called out the Conservative Party for lying in its manifesto about its ‘50,000 more nurses‘ pledge. The audience member said even his 8-year-old child could see through the Tories’ dodgy maths:

“I asked my eight-year old this question and she knew the right answer. You’re lying’

This #bbcqt audience member tells Brandon Lewis the Conservatives ‘can’t make up maths’ with their promise of 50,000 more nurses. pic.twitter.com/aRyVbllJJP

Trust in these politicians is a vital issue in any US/UK trade deal. Firstly, because the talks are secret. The UK government’s own heavily redacted documents, obtained by campaigners prior to Corbyn’s revelations, show what a closely guarded secret the deal is. So having politicians you can trust not to quietly open up the NHS to US big pharma and private healthcare providers is critical.

Furthermore, as Corbyn pointed out:

these documents make clear… everything is included unless something is specifically excluded.

This means that the US wants “total market access” in the deal – meaning access to everything – and unless something is explicitly off the table, known as “negative listing”, it’s on the table. The documents do not show that the NHS is off the table, so, by default, it’s currently on the table.

Furthermore, Johnson and all other Conservative MPs voted on 23 October to ensure the NHS was on the table in any future trade deal, after Labour put forward a motion to protect it from such deals.

So can we trust Johnson to protect our NHS from US capture? The evidence firmly says no.

The nurse went on to say:

[What] has been happening for several years, probably longer, is that there’s a large sum of the NHS budget already being spent and handed over to private companies in exchange for services to the NHS

This too is critical. The Conservative government introduced legislation in 2012 that has allowed private companies to scoop up the most profitable parts of our health system. As Corbyn pointed out in May 2018, the British public paid private companies, via taxes, £9bn for running their NHS services at that point – a 100% increase on 2010 when the Conservatives came to power.

Why then would anyone believe that the Tories are now ideologically opposed to allowing more private companies, from the US via the trade deal, to run NHS services?

Meanwhile, the Conservatives have starved the NHS of adequate funds, forcing numerous trusts into financial trouble. Conveniently for private providers, this makes the NHS unable to stump up competitive bids on service contracts. So more and more private providers run more and more of our health service. Ultimately, private providers could end up running the vast majority of our services. Such a situation allows for ‘turnkey privatisation’, whereby everything’s in place for a government to announce we’re moving to a private insurance system for healthcare. Because private companies are already well placed to provide it.

In short, the nurse on Question Time nailed why Johnson’s protestations are not enough to prove the NHS is safe in his hands. In fact, she left his claim in tatters.