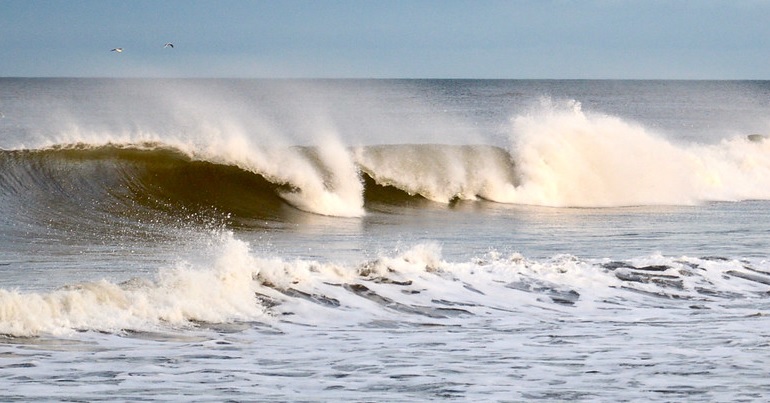 It was World Oceans Day on 8 June. To mark the event, the Ocean Conservation Trust released the results of a survey on ocean literacy in England and Wales. The poll suggests that the majority of people in these countries believe ocean protection is important, including for humanity’s well-being. But it also revealed a blindspot in the actions Britons’ are taking to ensure its protection.

The Department for Environment, Food and Rural Affairs (Defra) commissioned the survey, which Natural Resources Wales also collaborated on. It polled over 8,000 people in England and Wales with the aim of understanding ocean literacy levels in the two countries. The Ocean Conservation Trust describes ocean literacy as:

However, the pollsters also questioned people on the actions they had taken to protect the oceans. And while 39% said they had made changes to their lifestyle “to benefit it”, only 14% of people claimed to have “voted for political parties with strong policies to protect it”. This is a blindspot in terms of what’s needed to ensure ocean protection.

National policies are key to ocean health. Governments, for example, determine policies relating to pollution of marine environments. Ocean pollution involves numerous substances, such as plastics, oil, manufacturing and pharmaceutical chemicals, sewage, and more. Agricultural practices also contribute to marine pollution, including through the use of fertilisers and pesticides which can run-off into waterways and the ocean.

In the UK’s case in particular in relation to such pollution, the government has introduced legislation aimed at curbing agricultural water pollution. But the Guardian revealed in February that the Environment Agency had issued no fines or prosecutions in relation to the legislation, despite documenting 243 violations of it since 2018.

Many people identified pollution and over-fishing as top threats to the marine environment in the poll. In October 2020, the UK’s governing party thwarted attempts to strengthen the Fisheries Bill in relation to over-fishing. Conservative MPs defeated a proposed amendment to the bill that would have committed the UK to keep fishing quotas within sustainable limits based on scientific advice. They also rejected a proposal to stop supertrawlers – industrial scale boats capable of catching “hundreds of tonnes of fish” a day – from operating in areas designated as marine reserves.

This is despite the fact that the government is generally an advocate of marine protected areas. It’s also claimed the Fisheries Bill “sets in stone our commitment to improving the health of our seas”.

As of 2015, 90% of fish ‘stocks’ around the world were fully or over-exploited, as per the orthodoxy regarding sustainability. Fully exploited means that people are removing fish from a certain area at rates “at or close to an optimal yield level, with no expected room for further expansion”. As the Fisheries Economics Research Unit (FERU) at the University of British Colombia has explained, fishing subsidies are drivers of over-exploitation. It said subsidies encourage over-fishing because they:

These increased catches can deplete fish populations to unsustainable levels, whereby people don’t give fish the necessary time to repopulate. The perpetual provision of subsidies then depletes populations further because, as FERU says, fisheries keep fishing because the subsidies ensure doing so remains “profitable despite diminishing returns and dwindling fish”.

90% of subsidies globally go to large-scale, industrial fisheries. The financial support enables them to travel further to operate and over-fish in vast swathes of the ocean. This harms not only fish, but also the livelihoods of small scale fisherfolk – and people reliant on that fish for food – in poorer countries too. Small-scale fisheries employ 97% of fishers globally, and they tend to be more sustainable.

In December 2020, 14 countries – not including the UK – pledged to tackle over-fishing. The 14 countries are members of the High Level Panel for Sustainable Ocean Economy. Their plan includes the axing of subsidies that contribute to the practice. The countries have called on other nations to join them. At the time, the UK government said it would “consider” the Panel’s recommendations.

Senior research and fisheries specialist at the GEOMAR Helmholtz Centre for Ocean Research Rainer Froese warned during a recent discussion on the treaty that there are loopholes in the current text that could render it “moot” in practice.

50% of people surveyed, meanwhile, named climate change as the biggest threat to the ocean. Indeed, the climate crisis is having profound effects on almost every aspect of the marine environment. The ocean has absorbed huge amounts of the carbon dioxide (CO2) that people have produced, mainly through activities like burning fossil fuels and deforestation. If it hadn’t, a 2015 analysis asserted that the world could be 36C hotter already if that CO2 had ended up in the “bottom ten kilometres” of the atmosphere.

That CO2 absorption has come at a high cost for the ocean, though, with its chemical balance highly affected. The acidity of the marine environment – known as ocean acidification – has increased and threatens the existence of a number of ocean-dwelling life-forms. The US National Oceanic and Atmospheric Administration says that ultimately “the entire food web” of the ocean could be at risk due to these changes in its chemistry.

As such, dramatically curbing CO2 emissions is essential for ocean health. The UK government regularly claims to be ‘leading the world’ on the tackling the climate and biodiversity crises. But it also regularly acts in ways that run counter to that claim, such as approving new oil and gas explorations. Recent analysis for Carbon Brief , meanwhile, asserted that the UK’s emissions dropped significantly – by 42% – between 1997 and 2019. But it found that:

well over half of the drop in UK emissions, or 25 percentage points, was due to socioeconomic factors rather than deliberate climate policy

In short, the Britons surveyed appeared to overwhelmingly view the ocean as important to them, recognise the threats it faces, and have an awareness of the interdependence between its “fate” and theirs. Yet they don’t appear to be acting on those insights at the ballot box. However, people need to start doing so if they want to ensure the health of the marine environment because national policies largely dictate that health.

In turn, the ocean’s health is closely tied to that of most life on earth. The ocean provides half of all oxygen and regulates the climate. As the Intergovernmental Panel on Climate Change (IPCC) has pointed out, it also holds:

So a healthy ocean is good for all life because our fates are indeed completely tied together.