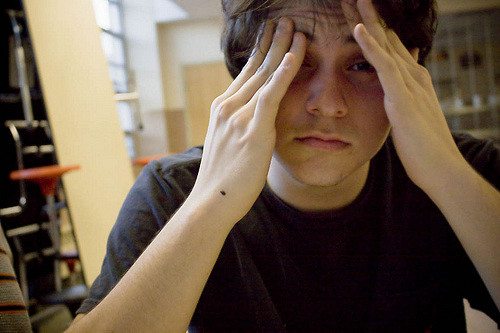 A major new study has found that 43% of people in the UK experience chronic pain – defined as pain lasting for over three months. That’s around 28 million people, almost three times the number previously estimated. And 10-14% of the population have chronic pain that moderately or severely limits their daily life.

Dr Alan Fayaz, an author of the study from Imperial College London, said:

Pain is really under-represented in terms of the public awareness of it. Nobody ever talks about chronic pain, it is like a silent epidemic.

The study also found that the rate of chronic pain increases with age, with up to 62% of over 75’s affected. An aging population means that burden of chronic pain is likely to only increase further.

Although we may not be able to see it, living in pain, day in and day out, can have a devastating impact on people’s lives, affecting their independence, mobility and ability to stay in work. There is also, unsurprisingly, a direct link between chronic pain and depression.

If we are going to address this growing need, we need better pain management and better treatments to relieve pain.

The link between chronic pain and depression has been known about for some time. And it goes both ways – not only can pain cause depression, but depression can cause pain. Some of the chemicals in the brain that help control the perception of pain are the same as ones that control mood. In some cases, treatments for depression can act as painkillers. This is true for both psychological treatments, like talking therapies, and antidepressants.

Living with chronic pain negatively affects quality of life and causes distress. It can affect someone’s ability to move, work and socialise, as well as their mental health. Dr Fayaz added:

Chronic pain is costly at an individual and societal level. I think the government need to work with organizations like the British Pain Society to challenge these conceptions, much in the way they have done with mental health.

The authors argue that their estimates can be used to inform planning and prioritisation of treatments and preventions for this important cause of distress and disability.