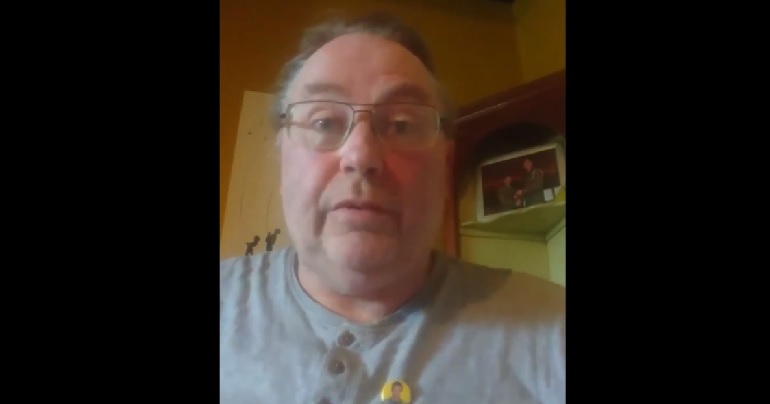 The father of the first UK citizen killed in Syria fighting against Daesh (Isis/Isil) has just sent a message to Britain. In it, he slams the government’s foreign policy as “confused and wrong”.

Konstandinos Erik Scurfield from Barnsley was 25 when he died in northern Syria. In 2015, his mother Vasiliki called him a “humanitarian” who had fought for the “fundamental rights of every human being”.

Both MPs and citizens have criticised the British government for its lack of action regarding current attacks by NATO ally Turkey on the anti-Daesh militias that Scurfield fought alongside. Critics have even warned of “ethnic cleansing”.

Please develop a Syrian policy based on British democratic values – not on profit… involving the supply of weapons.

The government policy is confused and wrong. Please sort it out.

The YPG has received the open backing of the US and UK in the fight against Daesh since late 2014. Only months ago, the YPG and its allies in the Syrian Democratic Forces (SDF) defeated Daesh in its de facto Syrian capital of Raqqa. Turkey is now seeking to defeat the YPG in the Syrian region of Afrin. But even US officials insisted at the start of the current Turkish invasion that there was no evidence that the YPG had attacked Turkey. And in reality, there were consistent reports in the preceding months of the opposite – of Turkish forces attacking northern Syria.

A message to the British people

On 11 March, Kurdish protesters in Britain occupied Manchester Piccadilly and London’s Kings Cross train stations to highlight government and media silence over the Turkish invasion of Afrin. It took such a protest to get the media to listen and for some British citizens to ask about what was going on.

Chris Scurfield also implored people in Britain to learn more about the progressive political system that Turkey is currently attacking in northern Syria. And he asked citizens to demand better coverage from the media. Speaking of the suffering of Kurdish people at the hands of Daesh and Turkey, he insisted:

Their stories must be told, so the public can be better informed.