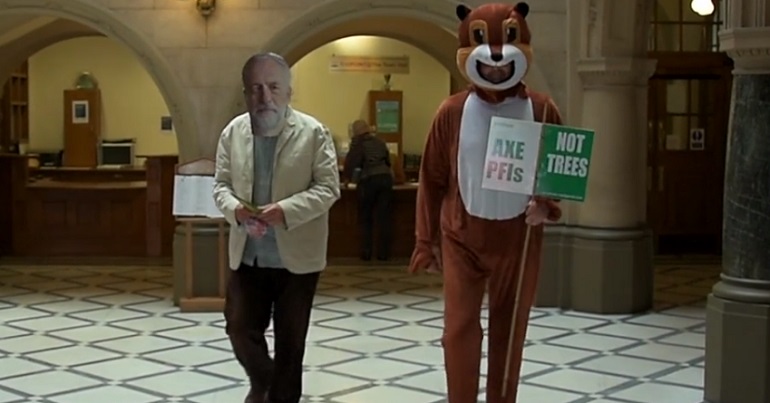 The ongoing Sheffield tree saga has become a David and Goliath battle. It’s seen a Labour-led council, flanked by a private contractor, fighting against residents and campaigners. Now, a film collective from the city has turned the story into a short documentary.

Labour-led Sheffield City Council and its contractor Amey are chopping down public trees in the city. Local residents aren’t happy because of the environmental impact; the “Thatcherite anti-union” behaviour of the Labour council, and public health concerns. The council argues that the work is necessary to “avoid catastrophic financial consequences”.

Sheffield-based WellRedFilms has put together a short documentary about the saga. Presented by David McClelland and produced by Alan Story, Shredded gives an overview of the situation. It also shows some Labour members are abandoning the party due to the council’s actions.

I left Sheffield Labour Party because their behaviour over the trees made me realise that Sheffield Council is ruled by a small group of people who are not acting in accordance with the principles of the Labour Party, or in the best interests of the people of Sheffield…

With footage from tree felling sites, protests, and a tongue-in-cheek cameo from ‘Jeremy Corbyn’, Shredded takes a wry but sobering look at the council’s actions and the implications for the Labour Party more broadly:

Meanwhile, the situation in Sheffield has become highly charged over the course of the council’s tree-felling programme.

As The Canary has been documenting, people have been vigorously campaigning against the felling of trees. On 15 August 2017, following a court case it brought against three campaigners, the council said that anyone who tried to protest “inside a safety zone” around the tree-felling area would be in contempt of court and “face the risk of a fine or imprisonment”.

As The Canary previously revealed, emails show South Yorkshire Police “taking orders” directly from Amey over its operations. More recently, The Canary also exposed how the council was running a surveillance operation against campaigners and residents; one which campaigners believe could be illegal.

Meanwhile, Sheffield City Council’s position on its tree-felling programme has repeatedly flip-flopped. As The Canary previously reported, the council claimed in a 2016 court case that it estimated just over 6,000 trees would need felling. It also accused campaigners of “exaggerated” claims that 10,000 trees faced the chop. In March, it released its ‘Tree Management Programme’, which stated that:

The service provider [Amey] shall replace Highway Trees… at a rate of not less than 200 per year so that 17,500 Highway Trees are replaced by the end of the Term…

All this from a supposedly ‘Labour’ council. Hence why Shredded will ring true to many people who have been following the saga

With that in mind, Labour may do well to listen to what’s been documented in Shredded. Because, as with all WellRedFilms productions, it serves as an important public record of events from a grassroots perspective. A point of view Sheffield Labour Party appears to have forgotten about.