Meet the artist fighting back against streaming giants like Spotify - Canary 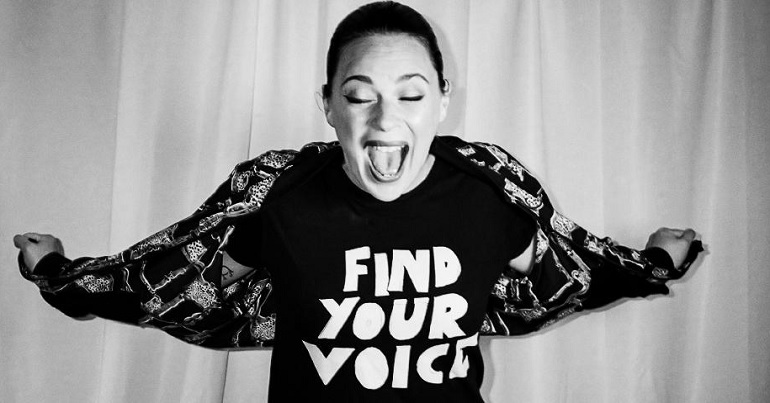 Streaming sites like Spotify paying artists a pittance for their music is a big story at present. But one artist is fighting back. She has launched a single on an ethical streaming site. And her approach potentially shows a new way of working for musicians around the world.

East London-based artist MIRI has been honing her craft for many years. She gained an illustrious live résumé performing at diverse events such as the Million Women Rise march in London and The 100 Club as part of the official Bob Marley birthday celebration. In 2019, she released her Soundbites EP. As The Canary said at the time:

Soundbites is a project that will surely prove to be timeless. MIRI has crafted something that cannot be boxed in, much like herself. Socially profound, lyrically resonant, and musically ingenious, the EP stands as a testament to the sum of this unapologetically heartfelt artist’s parts. But it’s MIRI’s vocals which truly shine, showing the glittering calibre of this unique performer. Soundbites stands as a glorious, emotive moment in her blossoming career.

Since then, she has continued performing live and steadily releasing a stream of new music. The October 2020 track Just Breathe was a timely ballad, resonating with the feelings people may have been having during the coronavirus (Covid-19) pandemic:

MIRI is an ambassador for female music organisation the F-List and creatives group Women in CTRL. She also does a lot of work for LGBTQI+ groups. But as an independent artist she has, like many others, faced challenges when it comes to earning a living from her music. This is partly down to streaming sites.

As The Canary previously reported, streaming now makes up 80% of the music we listen to in the UK. But there’s controversy about how streaming sites pay artists for their music. A report by the government on the economics of streaming warned that “pitiful returns” from the current system are affecting the “entire creative ecosystem”, and also raised “deep concerns” about the position of the major music companies in the market. In response, the Competition and Markets Authority (CMA) has launched its own inquiry into the industry.

More recently, a Labour MP launched a bill in parliament. As The Canary previously reported, MP Kevin Brennan’s Copyright (Rights and Remuneration of Musicians) Bill sought to introduce a right to “equitable remuneration” for streaming income, where performers have a right to receive a share without reference to their label contracts. It would also give musicians more of a say over how their music is used. The bill is still currently being debated in parliament.

The problem is acute. MIRI shared data from campaign group the Trichordist into how much streaming sites actually pay artists, and the figures were shocking. On a site like Spotify, people would have to stream an artist’s track over 3,000 times just for them to earn an hour’s work at minimum wage:

MIRI told The Canary she’s not dismissive of why some artists still use major streaming sites:

With Spotify I understand why artists will stay on there. It’s not an easy decision to make because bigger platforms like that help an artist with audience reach. In the past I’ve found that some event promoters and music industry professionals will ask for my Spotify link and stats. It’s not a fair predicament to put an artist in: ‘do I keep my music on there to help me keep building my fan base or do I throw that all away by taking my music down’. It’s a gamble especially when music is your livelihood.

But the shocking figures Spotify and other sites pay artists cannot be understated. Moreover, the sites are hardly ethical. MIRI told The Canary:

When I read that Spotify CEO Daniel Ek recently invested $113m in the military that was enough for me. He could have invested that money into artists. I find his investment very concerning. I’ve started taking some of my music down from Spotify. It’s important to point out that it’s not just Spotify who aren’t paying artists fairly, it’s the bulk of the bigger streaming sites.

So, for her latest single, she’s tried a different approach.

MIRI’s latest release is Trends. She told Loud Women that:

I co wrote ‘Trends’ a while back. I was listening to a lot of Vampire Weekend at the time. I’ve performed it in lots of different spaces including the artist Natty’s Vibes & Pressure night in what use to be Passing Clouds.

The influences of World Music-inspired Vampire Weekend and Reggae artist Natty on MIRI are clear. Because Trends is a gorgeous, hybrid indie/pop track with pleasing nods to Reggae and Dancehall in it. On the face of it, the strumming guitar line and dominant drums, juxtaposed with a delicate electric organ, feel very indie. But the dominant rhythmic arrangement of the guitar, organ and kick drum actually incorporate a Reggae/Dancehall beat. It’s a clever fusion of genres – and makes for an uplifting, crowd-pleasing affair. Plus, as always with MIRI, the lyrics carry political and social messages. She also told Loud Women:

Trends is about observing political corruption yet recognising our power and strength in imagination and creativity. The way that we can stand up, come together and use our voices to speak our truth.

But The Canary is not going to give readers the YouTube link for the track. Because MIRI has been intentionally pushing Trends on another streaming site.

Sonstream describes itself as a “pay per play” music streaming site. As God Is In The TV wrote:

The service offer singles and album streams. Albums cost 10p to stream in their entirety (so the unit price is dependent on the number of tracks on the Album) where as singles come in three different tariffs, the most being 3.3p per stream, the cheapest being 1.5p per stream. By proxy of the model; unsigned music artists receive 2.5p for every [pay] of their tracks.

So, MIRI released Trends on 19 November on Sonstream – before she released it elsewhere. You can sign up and then stream the track here. She told The Canary:

I wanted to release ‘Trends’ exclusively on Sonstream first to make some noise about streaming and to earn money. On the first week ‘Trends’ received over 500 streams on Sonstream. On the following week I released it on all the major platforms and it received 80 streams on Spotify. Within two weeks I’d earned just over £20 on Sonstream and that’s for 1 song being streamed and on a small independent site. On two of the bigger platforms I would have earned 0 and £1.08 on Spotify.

MIRI is pleased with how Sonstream operates. She told The Canary:

When I first uploaded my music onto Sonstream over the pandemic I didn’t have any expectations. When I saw within a short time that I was actually getting paid and paid fairly it made me realise what a terrible deal artists are getting on all the major streaming sites. Maybe we wouldn’t have needed to get emergency funding or have had to stress and panic about money so much if we weren’t getting such a bad deal here.

A Musicians Union poll found that 82% of respondents earned less than £200 from streaming sites in all of 2019. So, something needs to change. And MIRI is at the forefront of trying to bring this about.

I will keep… shouting about ethical streaming platforms like Sonstream and Resonate. I hope that we can fix streaming sooner rather than later. Artists deserve to get paid. Music is not a hobby for me, it’s my job.

It seems unclear whether change in the way streaming sites operate will come from parliament or not. So artists will have to continue to fight and raise awareness of the dire situation in which the rigged system leaves them. But ultimately, change can be effected by us, the audience. If we all stopped our streaming subscriptions and switched to ethical sites like Sonstream, it wouldn’t be long before Spotify and the rest had no choice but to stop exploiting musicians. We all need to play our part.