There's a crisis looming in Europe. And in spite of Brexit, we need to be paying attention to it. - The Canary 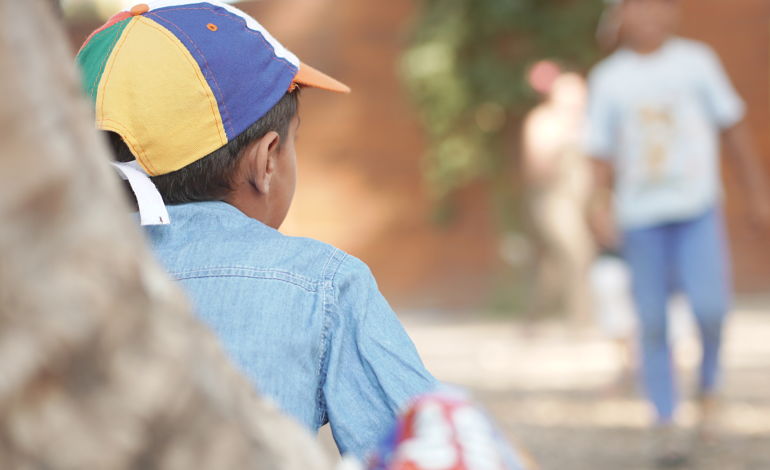 Since the Brexit vote, there has been barely a whisper of the ‘refugee crisis’ in Europe. Between being buried in the media and quietly dropped under Theresa May’s political agenda, some might think the crisis is over. But that’s far from true.

And today, one charity’s pioneering efforts are making a world of difference. But that may not last for much longer.

Chaos away from chaos

Greece in particular is under real pressure. It’s one of the first EU states refugees will reach, if they leave Turkey for a safe country. But now, the ‘hotspots’ – contained areas on the Aegean Islands to deal with asylum claims – are backlogged. And they find themselves under-resourced to handle the vast numbers of people sitting in the islands in political stagnation.

Refugees hoping to find solace away from the chaos they left behind are instead battling chaos on islands like Chios. Enduring fascist attacks and the actions of callous authorities. And until now, volunteers have been directing the response to Europe’s refugee crisis; distributing food, teaching English, and running women’s centres.

One charity, Be Aware and Share (BAAS), goes beyond the bare-bones schooling that refugee camps offer. In fact, BAAS wanted its project Refugee Education Chios specifically outside the camps.

Renting two buildings in the middle of Chios City, BAAS gives children some form of normalcy, for at least half a day, several times a week. The aim? To get children familiar with the school system when they’ve never been to school before. To help them integrate into communities when they eventually get asylum and settle in other EU countries. And perhaps most importantly, to allow children to feel like children.

But now, several years after the ‘crisis’ hit the Mediterranean, the Greek government has announced it will take over all refugee services. The Refugee Education Chios project is therefore at risk of losing its EU funding. And without any transition plans to integrate the children into the public education system, BAAS is now crowdfunding to help fund their entire education system on their own.

BAAS split teaching between the two camps on the island. Vial, a detention facility out of the city. And Souda, an unofficial camp off the beach. The children attend primary school, high school and a youth centre.

The schools aim to capture the imagination of being a child once more with brightly painted rooms. As well as English and maths, they do activities to develop motor skills. Project lessons, meanwhile, help them to express their creativity. And for five minutes out of the day, a reading buddy reads with them from one of their favourite books.

Shrima Pandey, a volunteer who taught with the school, told The Canary that stability and structure was really important for the children. Projects in particular gave them something to look forward to. But nothing was without challenges and sensitivity:

it was so important for their daily activities at school to be consistent and reliable. This is really hard to do given the environment that they’re in… So when we decided to go deeper into project lessons by extending them for a week, it was challenging and rewarding for them.

On the one hand, it was great to see them look forward to continue to work on something that they had started two days ago. But on the other hand, it was difficult for kids who had missed the first day or two and came in on the last stretch of the project.

I remember one where we made these little beauty bags. On day 1, they’d sew the bag. Day 2, make their own lip balm. Day 3, make handsoap… us volunteers ended up making a bunch of extra lip balms so that the kids who had not been around those days or who had not finished would not feel left out once everyone took theirs home.

But it’s not all fun and games. Fully acquainted with the children’s lively characters, BAAS has instilled a strict behaviour policy. Children receive three warnings for misbehaviour before teachers bar them from school for a day. Helen Brannigan, a volunteer teacher from London who helped develop the curriculum, explains how this was crucial:

Children only feel safe when they know there are consistent boundaries around them. It is really tempting to be more lenient with children in this context when it comes to behaviour, because it seems unfair to “punish” children who are clearly going through an extremely hard time. However, for children coming from lives of instability, cruelty and chaos, they need firm boundaries and consequences more than anyone.

Brannigan says applying this consistently to everyone makes them feel safe in school, and the change in behaviour was notable.

It is always a proud moment when you see a child leaving the island and you can see the enormous transition they’ve had in their attitude to work and school from when they arrived.

An imagination marred by trauma

The “cruelty and chaos” Brannigan refers to is no exaggeration. Coming from Syria, Iraq, Afghanistan and other conflict-ridden countries, their stories are chilling. And the tensions on the island compound this. That’s the challenge volunteers have when teaching the children on the island. As Brannigan recalls:

Most of the time, I was in the school, focusing on creating a fun, loving and supporting environment where kids could escape the horrors of their situations. Then there were moments when these horrors began to creep in. Visiting teenage students in hospital who’d been injured during violence in the camps. Saying goodbye to children as they boarded the ferry and watching someone throw their only possessions out of the bus to get soaked in the rain for 20 minutes before the ferry arrived.

Hearing a tiny child use all of the little English he had learned to tell the story of how his dad had been shot in Syria. Or hearing two Pakistani children with a little bit more English describe seeing the Taliban bomb their school…

for every child that possessed enough English to tell me these stories, ten more had stories just as awful that I could not do the courtesy of listening to. Such moments reminded me that there was nothing I could say or do to help the broader situation these people were placed in, only something to help these children escape from it in the short-term.

That’s how important this is

While resetting the effects of this trauma may seem hopeless, the school has success stories. Jacob Rohde, one of the founders of the organisation, recalls one example for The Canary. And it’s when he realised just how important the project was, particularly in light of the camps’ tensions:

The impact on long-term students regarding violence and racism has really become apparent. I have multiple students… among them especially one [17-year-old] Afghan and one [19-year-old] Syrian who have clearly voiced to all their peers that they will not be involved in fighting along ethnic lines anymore.

They have impressively withstood peer pressure from youth who have arrived more recently, and have explicitly referred to our institutions as places where they have been able to learn non-violent conflict resolution techniques and prioritising constructive cooperation over violent confrontation.

Our policy of mixing up ethnicities in our activities has really paid off, up to the point that the young Afghan mentioned above has recently entered into a relationship with a Syrian and is learning Arabic to further it. After witnessing so many pointless and brutal escalations of violence here on the island, I was really taken aback by the way these young people had evolved and maintained their tolerant convictions over the pressure of their peers and their environment.

But these children’s education is at threat

The Greek government’s takeover of services is part of a process of moving beyond emergency response. But with no transition plans in place, Rohde is concerned:

Should our program not continue, most of the children and teenagers currently in our system will lose almost any alternative space to the camp. This will first and foremost impact their mental health in unforeseeable and very dire ways.

And the consequences, in light of the political stagnation of the asylum process and rising local and communal tensions, are extreme:

the violent environment of the camps would regain hold over the development of these young people with all its risks – physical and psychological violence, exploitation, crime and drug abuse.

It means resorting to “fake adulthood”, losing their confidence, failing to integrate, and plunging into a “purely survival-oriented social interaction”. It could undo the progress that BAAS has achieved.

To continue, they need help. They need people to believe in the project like they do. And they need to raise 20,000 Swiss Francs per month for six months. The equivalent of almost £100,000, through a crowdfunding campaign. The future of their children depends on it.

– Support Refugee Education Chios’s crowdfunding campaign. And if you support their mission, help to share the campaign widely.