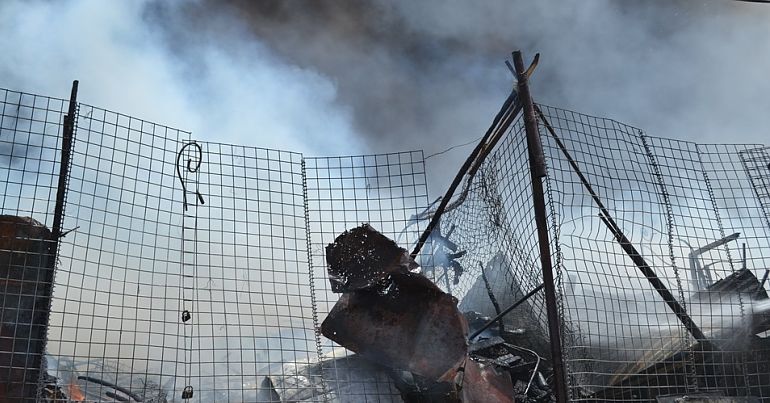 The relation between religion and terrorism is a constant theme of public debate, yet one religion remains absent from much of the conversation: the civic religion of state worship. And this religion supports global terrorism.

For many decades, the US has engaged in terrorism. It has waged aggressive wars, overthrown democratically-elected governments, violated international law and sponsored crimes. Across the US political spectrum and mainstream media, however, the belief is widely upheld that the US is a beacon for human rights, democracy, and peace.

Since US political discourse so comprehensively displays the US as a nation of virtue, the idea that the US is one of the world’s chief agents of terrorism becomes unthinkable.

The orthodoxy of state worship goes something like this: if a) the US is virtuous, and b) the US engages in terrorism, then c) the terrorism of the US must be virtuous. Point a) is accepted as a fundamental truth, regardless of the evidence of point b), resulting in the massive cognitive dissonance of point c).

The devotion to the idea of the US as a nation of virtue – irrespective of the US’ historic record on foreign intervention – is a leap of faith akin to theology.

Thus, when the US engages in terrorism abroad, it is presented as a blunder, or worse, praised for its allegedly benevolent intentions. American exceptionalism (since our intentions are ‘noble’, the consequences are tolerable) is the offspring of the religion of state worship. In the words of Noam Chomsky:

The ‘new atheism’ should focus its concerns on the virulent secular religions of state worship, so well exemplified by those who laud huge atrocities like the invasion of Iraq

The US, however, is not alone in practising the religion of state worship.

The Iraq War, and the British Church of state worship

The US and British invasion of Iraq in 2003 was an avoidable act of military aggression based on lies and flawed ‘intelligence’. Throughout the war, Iraqis were terrorised from the skies and tortured by the US with British acquiescence. There is also a compelling argument the war breached international law because it went ahead without the UN’s approval.

The war nonetheless received cross-party and media support in both countries. In the words of Samantha Power (former US Ambassador to the UN) in 2007:

The rush to invade Iraq was a position advocated by not only the Bush Administration, but also by editorial pages, the foreign policy establishment of both parties, and majorities in both houses of Congress.

Power’s opposition to US ‘humanitarian intervention’ waned, however, once she entered the White House.

The comprehensive support for the invasion of Iraq arose from the core belief in the noble intentions of the state. Rather than questioning the rationale for war, or critically analysing both countries’ historical record of intervention in the region, the mainstream media swallowed whole Blair and Bush’s declarations of carrying on “the work of peace” in Iraq (for how could a virtuous nation intend anything else?).

The fundamental belief in both countries’ transcendental virtue (state worship) made possible a war that caused hundreds of thousands of civilian deaths, and massive regional destabilisation.

British and US support for Saudi Arabia’s war on Yemen is the most recent manifestation of state worship. Both countries provide the Saudi government with military equipment, military assistance, and logistical support. The UK, for instance, has approved over £4.7bn in arms sales to Saudi Arabia since the start of the war in 2015 – almost a 500% increase on years prior.

Saudi Arabia’s use of terrorism is unquestionable. As the Guardian reported, it has:

carried out indiscriminate attacks that have caused the majority of civilian deaths and injuries during the conflict. Airstrikes have targeted civilian infrastructure, including hospitals, farms, schools, water infrastructure, markets, and the main port of Hodeida.

On 9 August, a Saudi-led coalition airstrike hit a school bus, killing 40 children and 11 adults. The bombing was just “one of 50 strikes on civilian vehicles [in Yemen] this year.”

Despite sponsoring this ongoing atrocity, the British and US political establishments maintain the facade of nobility by keeping the extent of their role in the crisis hidden. After the school bus bombing, Alistair Burt (UK Minister for the Middle East and North Africa) tweeted:

Deeply concerned by reports of yesterday’s attack in Sa’ada, Yemen, resulting in tragic deaths of so many children. Transparent investigation required. UK calls on all parties to prevent civilian casualties and to cooperate with UN to reach a lasting political solution in Yemen.

The government line thus presents the UK as a neutral actor seeking a peaceful solution, while arming those responsible for bombing children.

And the media is complicit in the mirage – either by saying nothing of the British and US role in the conflict, or by re-affirming their fundamental nobility. A recent Washington Post article regarding the US’ relationship with Saudi Arabia claimed: “It is the traditional role of the United States to defend universal values everywhere they are trampled upon”.

If an unfriendly state supported such war crimes, it would undoubtedly receive wide-scale condemnation from the US and British political and media establishments. Our inability to look in the mirror is the product of the religion of state worship – and it is a driving force for global terrorism.