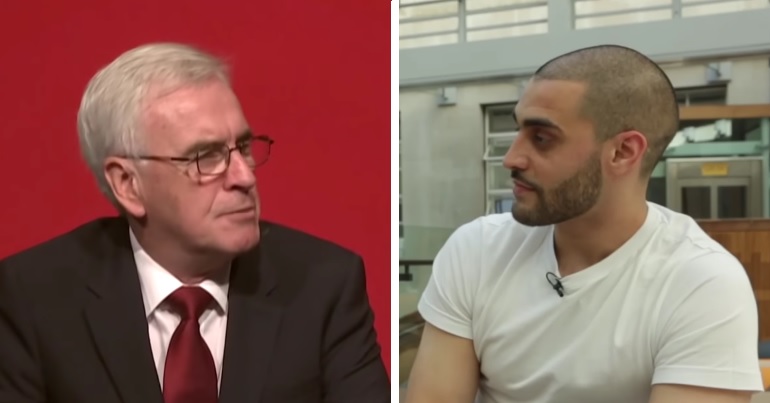 John McDonnell and other Labour heavyweights have joined forces with rapper Lowkey to send an important warning to the UK government. They’ve signed an open letter calling for “dialogue” rather than US-backed “regime change” in Venezuela amid the political turmoil taking place in the country.

The UK government, however, has thrown its weight behind the coup in Venezuela. And the letter exposes just how the UK’s craven embracing of US policy could pan out.

The Guardian published the open letter on 27 January. McDonnell, Lowkey and journalist Owen Jones joined numerous Labour MPs and union officials in supporting it. The letter insists that:

The far-right governments of Trump and Bolsonaro offer no hope to Venezuela or to the majority of people in Latin America… Whatever views people hold on Venezuela, there is no justification for backing the US attempt at regime change under way, which, if successful, could go the way of the disastrous interventions in Iraq and Libya.

The letter is short but to the point. Within the media’s pro-regime change narrative on the Venezuelan situation, there’s very little attention paid to the fact that we’ve been here before. As the signatories say, Western-led regime change in Iraq and Libya was “disastrous”. Those conflicts destroyed countless lives, cost billions of pounds, and have made the world a much more dangerous place.

It would be a fool’s errand to rush headlong into another attempt at regime change. But that appears to be exactly what the US and UK are doing.

For example, foreign secretary Jeremy Hunt claimed that Venezuelan president Nicolás Maduro “is not the legitimate leader of Venezuela” on 24 January, despite Maduro winning elections in 2018. Hunt also said Britain “believes Juan Guaido is the right person to take Venezuela forward” and will help “make that happen”. Guaidó is the opposition leader who declared himself president on 23 January. He’s also the person whom only one in five Venezuelans had heard of before the coup attempt.

Britain’s ‘help’ is coming swiftly. The Bank of England has reportedly refused a withdrawal attempt by Venezuelan officials. The country wanted to withdraw $1.2bn worth of gold that it has in foreign reserves in the bank, according to Bloomberg. But the Bank of England is allegedly refusing to hand it over.

This situation in Venezuela could easily and quickly escalate. As the letter’s signatories say, it could end in disaster. And if history tells us anything, they’re most certainly right.