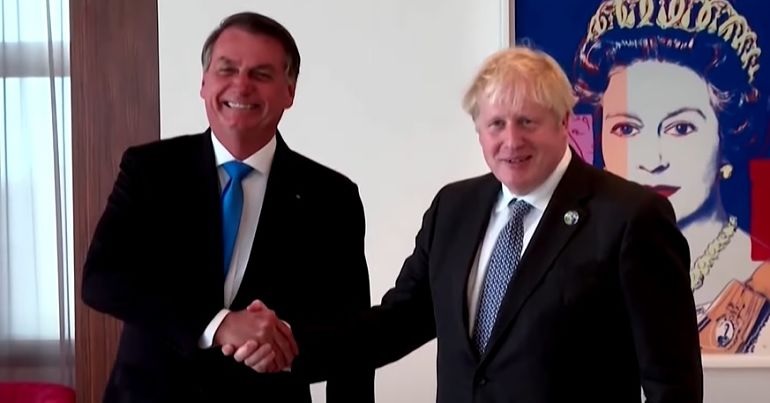 The UK is part of an unholy alliance that is opposing a breakthrough proposal at the United Nations. The proposition aims to recognise access to a healthy environment as a human right. But the UK, US, Russia, and Brazil are refusing to support it.

In the case of all these countries, the opposition to the plan is unsurprising. But the UK and the US consistently, and vehemently, proclaim themselves to be dedicated to tackling the climate and biodiversity crises. So their opposition in particular reeks of hypocrisy.

Right to a healthy environment

According to Reuters, the UN’s Human Rights Council is considering the proposal, which is supported by numerous nations.

If the UN adopts the resolution, its recognition of the right to a healthy environment would be non-binding. But the thinktank Universal Rights Group’s Marc Limon explained that:

At national level, this right has been shown to empower people, particularly those most vulnerable to environmental damage or climate change, to drive change and hold governments to account

So although the resolution wouldn’t be enforceable, it would likely strengthen citizens’ demands for action on environmental issues. Already millions of people die and suffer around the world every year due to poor environmental conditions. As the climate and biodiversity crises intensify, this is only going to get worse.

Reuters reported that the resolution is likely to pass despite opposition due to the significant support it has from the majority of nations.

Both the UK and the US reportedly cited legal concerns as a factor in their opposition to the resolution. The US has also apparently questioned whether recognition of such a right could weaken peoples’ civil and political rights. Meanwhile, a spokesperson for the UK mission in Geneva insisted that the country’s “leadership on climate action is well documented”. They also said the UK would “engage constructively” with the resolution’s authors, despite opposing the proposal itself.

Executive director of Stop Ecocide International Jojo Mehta told The Canary that “Governments should be stepping up, not stepping aside” when it comes to cementing the right to a healthy environment in law. She said:

The human right to a healthy environment and a criminal law of ecocide as a protection for that environment are complementary legal initiatives and we need to establish all the legal tools we can to protect future generations and life on Earth.

Stop Ecocide International is campaigning to make ecocide an international crime. At the recent International Union for Conservation of Nature (IUCN) Congress, it attempted to secure a vote on a motion of support for making ecocide a crime. The IUCN Resolutions Committee apparently rejected the motion. Astonishingly, in light of the institution’s remit and the current severity of the environmental crises, the committee argued that “consideration of this matter can wait until a later date”.

As recent events show, a strengthening of the right to a healthy environment is sorely needed in both the UK and US. Heated reported, for example, that US president Joe Biden allowed a new tar sands pipeline to begin operation on 1 October. Public opposition has been immense, particularly from indigenous peoples, who officials have met with arrests and silence. The pipeline will increase annual carbon pollution levels significantly, equivalent to the amount 50 coal-fired power plants would produce, according to Oil Change International.

In the UK, officials have adopted a similarly heavy-handed approach to deterring citizens from fighting for a healthy environment. On 6 October, six activists who tunnelled under Euston station in opposition to the highly environmentally-destructive HS2 rail project faced trial. Protestors from Africans Rising who scaled Westminster and dropped a banner calling for debt cancellation and reparations for Africa in 2020 are also in court on the same day. The demand from Africans Rising cited the “past and ongoing social and environmental cost” to Africa of the global North’s “appetites that are inextricable from their colonial foundations”.

Meanwhile, Extinction Rebellion activist James Brown was sentenced to twelve months imprisonment in September after he glued himself to a plane at London’s City Airport. And this is against the backdrop of Priti Patel promising more and more draconian police powers to arrest and lock up environmental protesters.

In short, both countries are continuing with environmentally damaging policies amid the climate and biodiversity crises. Rather than listening to and obeying their citizens’ demands for change, they’re often responding with oppression instead.

The global recognition of a healthy environment as a human right would undoubtedly empower citizens to hold their representatives to account. It could also help to achieve climate justice, which is vital in a just transition to a sustainable global civilisation.

These countries’ opposition to the UN proposal calls their commitment to climate justice into question.