There are strong left-wing reasons to leave the EU. But there'll be no 'Lexit' under this Tory government. - The Canary 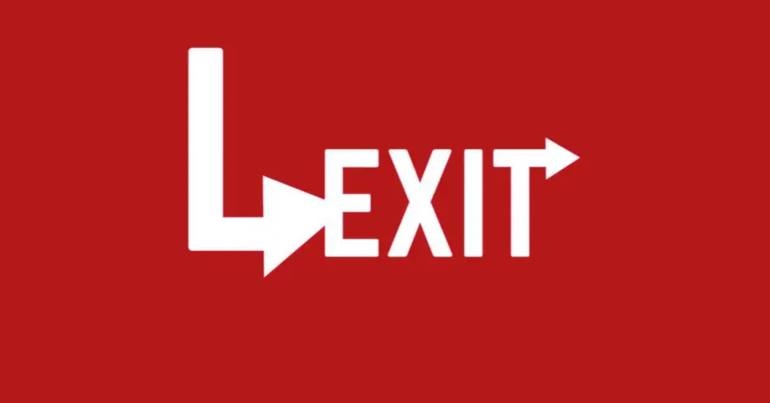 This article is part of a series of opinion pieces on Brexit. You can also see Frea Lockley’s piece on how racism has been the biggest winner from Brexit, Tracy Keeling’s piece on why Labour mustn’t support a second Brexit referendum, and Josh Funnell’s argument for Labour to campaign fully to Remain.

Brexit is often presented in binary terms: progressives support Remain while reactionaries support Leave. But things are far from that simple. As the idea of ‘Lexit’ (‘left-wing Brexit’) shows, support for Leave cuts across black and white ideological divisions. Is Lexit really viable in the current political climate, though?

Neither a right-wing Brexit nor a neoliberal EU

Some left-wingers have presented Lexit as a rejection of political elites on both sides of the debate. As the leader of the Irish People Before Profit party, Eamonn McCann, put it, Lexit provides a choice “between the racist, neo-liberal elite of the European Union on the one hand and a raggle-taggle collection of right wing loonies”.

Like McCann, other figures on the anti-imperialist left like Tariq Ali and George Galloway also came out in favour of Brexit. And though Britain’s two major trade unions, Unite the union and UNISON, supported Remain, representatives from a number of smaller unions such as the Fire Brigades Union (FBU) and National Union of Rail, Maritime and Transport Workers (RMT) argued in favour of Leave at the ‘London says #Lexit’ conference in June 2016. A number of smaller left-wing groups also remain staunchly anti-EU; the British Communist Party, for instance, encouraged its members to vote Leave, as did a number of Trotskyist groups.

History isn’t a simple story either

Historical analysis tends to refute the simplistic binary presentation of Brexit too. During the 1970s and 1980s, for example, Labour was the more Eurosceptic of the two major parties, and the Conservatives the more Europhile. The 1983 Labour Party manifesto even pledged to leave the European Economic Community (the precursor to today’s EU) – without a referendum. Many Conservative Party members, meanwhile, were initially enthusiastic about European integration because of its potential to unleash what they call “free trade”. There were divisions on Europe within both parties, however, since at least World War II.

But then, in the 1990s, the two major parties largely switched places on the issue. Labour increasingly saw the prospect of a union of nations offering worker protections as beneficial. Some within the party also saw it as a potential social democratic-leaning bloc that might provide an international counterbalance to the neoliberal-leaning US. Right-wing Conservatives, on the other hand, increasingly saw EU regulations as harmful ‘red tape’. And they disliked the idea of being a counterbalance to the US, as this might threaten the “Atlanticist” alliance with US neoconservativism. Hardline nationalists (both within and outside the Tory party), meanwhile, began to see the EU as usurping ‘national sovereignty’, and its free movement policy as an invitation to ‘mass immigration’.

In short, both Jeremy Corbyn and Tony Blair entered parliament in 1983 standing on a Eurosceptic manifesto. But while Blair and his backers became staunchly Europhile, Euroscepticism lingered among Labour left-wingers. Lifelong Eurosceptic Tony Benn, for example, saw the institution as a threat to democracy; and he served as a mentor to Corbyn and current shadow chancellor John McDonnell. Corbyn’s position on the EU today, however, is much more nuanced than it once was.

According to Lexit proponents, the EU is inherently neoliberal in nature. ‘Lexiteers’ point to the behaviour of the European Central Bank and the treatment of southern European countries like Greece in the aftermath of the 2007-2008 capitalist crash. They claim that Brexit is the only way to get Britain out of global free trade agreements such as TTIP. And some have suggested that Jeremy Corbyn’s proposals like nationalising railways would be impossible within the EU due to pro-competition laws passed by the European parliament.

Another Lexit argument is that it would open the possibility of readjusting Britain’s severely imbalanced economy. As Nicholas Shaxson described in his latest book, The Finance Curse, Britain has reached a point where the finance sector is beyond its optimal size and is now actually harming the rest of the economy.

… but that’s not the Brexit on offer

These are all thoughtful and legitimate considerations, of course. But there’s one major problem: this is not the Brexit on offer. Leading Brexit figures like Nigel Farage, Boris Johnson, and Jacob Rees-Mogg care very little about the issues above. Instead, they want the exact opposite; for Brexit to turn Britain into a low-tax, low-regulation offshore jurisdiction. They’ve made no great secret of this. After all, they overwhelmingly support and benefit from this process of financialisation of capitalism. Both Farage and Rees-Mogg have backgrounds in this kind of work; and Johnson was a propagandist for it as a disgraced ‘journalist‘.

Lexiteers might insist that this nightmarish Brexit will only happen if a Tory government is in power. A Corbyn-led government, for example, would certainly not turn Britain into a tax haven; and he’d enact protective measures to reabsorb finance workers into other sectors of the economy. But that argument has two major problems. First, it’s not a safe bet that there’ll be a general election (and a Labour government) before Brexit takes place. Second, it ignores the current context of British politics – and the context of the Brexit vote. Some dodgy claims about the NHS aside, the dominant argument of the Leave side of the EU referendum very much focused on xenophobia and opposition to regulations. So major figures in the Leave campaign would claim voters opted for this kind of Brexit, not the kind that Lexiteers have in mind.

In short, pushing for Brexit if a Tory government is likely to be in power at the time is one hell of a risk.

How to get to Lexit

Is there a way to deliver Lexit, though?

In Britain’s current political system, a referendum may not do the job. Because the EU referendum enabled showmen like Farage to whip up negative sentiments for their own interests. It also allowed a well-funded Leave campaign to mislead people through an allegedly criminally dishonest set of slogans and false promises.

A genuine Lexit would instead need to come from a genuinely progressive Labour government, after a thorough internal party process of debate and democratic deliberation that has come to characterise the Corbyn era. This would then provide a mandate for leaving the EU based on greater popular ownership of the economy and resisting ‘free trade’ and ‘free market’ capitalism.

The Lexit arguments aren’t necessarily wrong. But expecting Lexit to come about through the Brexit process currently on offer is dangerously naïve. Given the current economic and political realities that Britain faces, ‘Remain and Reform’ is the most sensible strategy for promoting quality of life and political stability in the here and now. Lexit is a question for another day; and it must entail an entirely new project divorced from the cynical ploy of Farage and co to enrich themselves while screwing everyone else over.