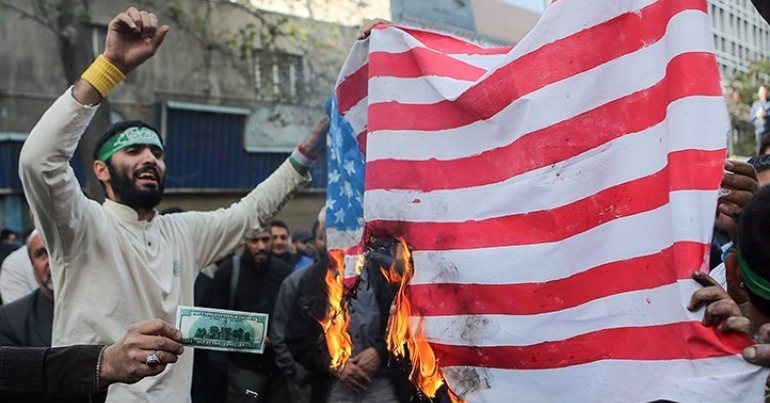 The US has just labeled Iran the “world’s worst state sponsor of terrorism”. This is completely absurd on multiple levels. Because not only is the criteria completely ridiculous, the US applies flagrant double standards to other countries in the region – not least its closest regional allies Israel and Saudi Arabia.

Furthermore, these three countries are themselves the world’s leading perpetrators of state terror. So much so that the label ‘world’s worst state sponsor of terrorism’ applies more to them than to Iran, or any other country for that matter.

On 24 June, the US State Department released its Country Reports on Terrorism 2019. The annual publication gives an overview of countries that the US deems to be involved in committing and aiding terrorism. This latest issue claims that Iran has been funnelling money and resources to fund ‘terrorist’ organizations such as Hezbollah and Hamas. It also claims that Iran’s elite military force, the Islamic Revolutionary Guard Corps (IRGC), has taken part in “terrorist plotting” across the world.

The report follows growing tensions between Iran and the US. In 2018, the Trump administration unilaterally pulled out of the Obama-era nuclear deal and reimposed sanctions on Iran. About a year later, the administration officially designated the IRGC as a “foreign terrorist organization”. And in January 2020, US military forces assassinated one of its major generals, Qassem Soleimani.

Clearly the US has been the major aggressor in this standoff. But the hypocrisy runs even deeper. Because labelling Iran as the “world’s worst state sponsor of terrorism” is completely absurd given the ‘terrorist’ status of the organizations it’s accused of funding is highly dubious.

Hezbollah, for example, is a mainstream Lebanese political party that contests the country’s democratic elections like any other. It has not only won seats in the Lebanese legislature but has even been in government as a coalition partner and been assigned government ministries. As for Hamas, although its Islamist politics constitute no kind of model of progressivism, it did win the last election to the Palestinian Legislative Council (PLC) fair-and-square.

Moreover, as the Washington Post reported last year, “Hamas launched in 1988 in Gaza at the time of the first intifada… But for more than a decade prior, Israeli authorities actively enabled its rise”. As Mohammad Hammad explained in his 2018 article ‘A Brief History of Hamas’, “Israel saw [Hamas] as useful, tolerated their existence, and even went as far as helping to catalyze their growth after realizing they could help destabilize the unified secular Palestinian resistance.”

As The Canary has previously argued, many of Hezbollah’s armed actions against Israel constituted legitimate resistance against Israeli aggression and occupation of Lebanese territory. Likewise, the Palestinian people have the right under international law to engage in armed resistance against the violent foreign Israeli occupation of their country.

All of this raises the inevitable question: Why then does the US single out Iran in this way? The answer is simple: Washington deems it insufficiently obedient to US economic and strategic interests in the region. Whereas key regional ally Saudi Arabia provides the US with preferential access to its oil reserves, for example, Iran has generally been less servile to US interests.

But the hypocrisy runs even deeper still. As The Canary has argued on multiple occasions, the biggest perpetrator of ‘state terror’ in the world is none other than the US itself, with its major Middle East allies Israel and Saudi Arabia coming a close second and third place. Examples of US state terror include the brutal drone assassination program, which has killed thousands, including hundreds of civilians.

Israeli state terror includes continuous massacres of the civilian population in the occupied territories, using white phosphorus in airstrike attacks (in violation of international law), and shooting dead unarmed protesters, including children as young as nine years old. Some of Saudi Arabia’s state terrorism, meanwhile, includes multiple attacks committed as part of its brutal war in Yemen. On one occasion Saudi forces dropped a (US-manufactured) bomb on a school bus, killing 40 children between the ages of six and 11.

The most ironic expression of US state terrorism in this case is, of course, the terrorism that it has committed against Iran. Indeed, the aforementioned assassination of Soleimani was a flagrant act of state murder committed in clear violation of international law. The reality is straightforward: when it comes to US-Iran relations, the US is overwhelmingly the terrorist and Iran overwhelmingly the victim of that terrorism.