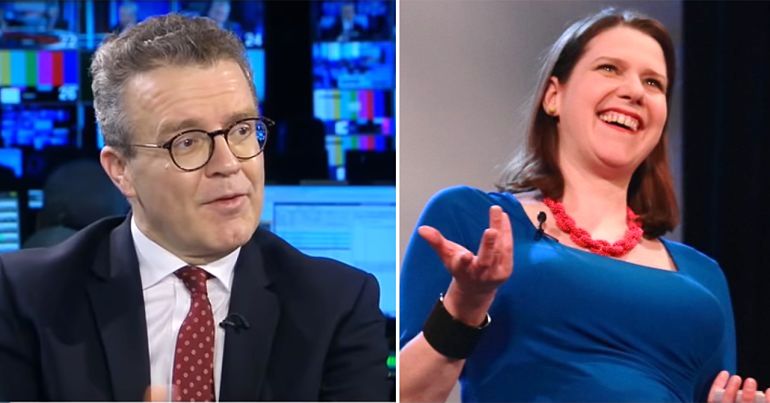 Labour deputy leader Tom Watson really needs to wind his neck in. His latest anti-Labour alliance with Lib Dem leader Jo Swinson proves beyond doubt that he truly is an “utterly craven opportunist”. At such a crucial point in UK politics, Watson’s more dangerous by the day.

On 13 August, Swinson proudly announced that she and Watson were “united”:

Tom and I have disagreed on a lot of things over the years but on Brexit, we’re united. Working with other parties is the only way to stop Boris, and stop Brexit.https://t.co/amkqhHjx4L

Everyone who cares about democracy, our country and our future must work together because there are enough of us – from all parties in parliament – to stop him.

Sorry, what? This latest diatribe stands in direct contradiction to Watson’s words in 2016. At the time he said:

The Lib Dems are desperately, openly, shamelessly trying to recover some sort of electoral relevance by coming out as Brexit deniers…

I can see why it’s attractive to Tim Farron [then Lib Dem leader], as the leader of a party on 8%, to want to be the party of the 48%…

“The Lib Dems are desperately, openly, shamelessly trying to recover some sort of electoral relevance by coming out as Brexit deniers.” The guy is an utterly craven opportunist. https://t.co/uF29fNxrMi

Many people also challenged the Guardian‘s role in reporting Watson and Swinson’s meeting. It continually puffs Watson in order to undermine Corbyn:

Here’s a question for GCSE media students (and everyone else too)
“Swinson has refused to work with Labour’s leader. Explain how the Guardian cynically wrongly attributes blame for the parties not cooperating here.”
https://t.co/XOUu2NDtph

While Labour trying to announce transformational policy ahead of a general election Tom Watson, in cahoots with Jo Swinson, is busy undermining his own leader.

The Guardian is the only paper sad enough to take his theatrics seriously. The left would be better off without both!

-accepted ref. result, yes, but it’s NEVER been Brexit at any cost
-ALWAYS rejected ‘no deal’
-Held Gvnt. to account on behalf of leavers AND remainers (only party to do so!)
Now here: pic.twitter.com/ydfSRL1nbn

Watson’s latest treachery doesn’t stop there. Because Swinson’s ruled out any possibility of a coalition government with Corbyn. So this alliance is very problematic:

And we shouldn’t ever forget Swinson’s role as one of the cheerleaders of Coalition-led austerity.

She consistently voted to reduce welfare and benefits, including cutting payments for people with illnesses or disabilities. She also voted to cut the Educational Maintenance Allowance for 16-to-19-year-olds. And she helped to raise university tuition fees, despite promising not to as one of the key policies that helped elect many Lib Dem MPs in 2010. Her track record on environmental issues, meanwhile, shows she supported the badger cull, fracking, and HS2.

Not surprisingly, Watson’s come in for huge criticism:

Tom Watson is fishing for a deal with Jo Swinson.

What an utter shambles this duplicitous toad has become.

Get him out of the Labour Party.

Tom Watson.
The Little Finger of the Labour party!
Enough already. Deselection is needed for this duplicitous snake! #WatsonMustGo pic.twitter.com/B4GM8K5nCK

Lots of, none social media people, at my CLP last night, very angry at @tom_watson.

Saying he should keep his disgruntled views away from the media for the party's sake; like they had to in the Blair years!

Why hasn't his CLP deselected him yet, anyone know?#TomWatson

He's at it again, knifing us all in the back once more.

Tom Watson has yet again slithered into the news offering to work with the Lib Dems despite the fact these austerity enabling weasels have refused to work with Labour! #WatsonMustGo https://t.co/kWUeqDLwEz pic.twitter.com/N7WEoCJIHI

The centrists are rising in force at a time when we need a Corbyn-led government more than ever. So let’s hope Watson’s latest treachery is his undoing. Because the stakes are simply too high for him to do any more damage with his duplicity.