After an embarrassment on that scale, a Tory minister deserves a medal for his shameless poker face - The Canary 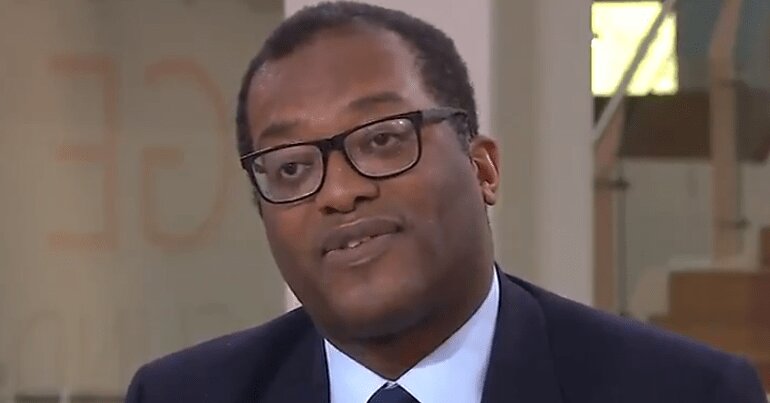 According to the corporate media, Conservative HQ has ‘costed’ Labour policies from 2017:

Some coverage seemingly doesn't need a WhatsApp group to be coordinated and completely on-message. pic.twitter.com/97MIEriAo8

Apparently the opposition’s policies will cost every household £43,000. It’s hard to know where to begin with such wild propaganda. Labour has actually exempted 95% of the UK public from tax rises. Economic inequality is so polarised that you only need to raise taxes from people who earn above £80,000 per year. Under Labour, if you earn £81,000, for instance, you will be taxed just £50 more per year.

Sky‘s Ridge instead pointed out that the Conservatives don’t seem to have any policies, let alone costed ones:

you can’t tell me what the… number is for the Conservatives.

The shameless Conservative minister then decided to talk about the current government budget rather than Tory manifesto plans:

We had a budget last year which set the parliament

No but we’re interested about the next parliament… the election is happening. What are the plans for the next five years?

We have form here. In the 2017 election, Labour’s manifesto was fully costed while the Conservatives didn’t even bother.

Ridge props up the Tory attack

On Sky, while the host rightly challenged the Conservatives to actually come up with one or two ideas and their own costings, she upheld the Tory propaganda against Labour.

Conservative campaign headquarters have spent all this time working out this exact sum for Labour, they’ve gone through all of the spending commitments

But this Tory HQ ‘analysis’ on Labour’s plans is not serious criticism, as Ridge treated it. On Marr’s show, Chancellor Sajid Javid joined in, saying that Labour’s plans, such as renationalisation of water, rail and education, would bring Britain onto the “brink of bankruptcy”.

A simple thought experiment shows how ludicrous that claim is. Can you imagine a situation where we don’t need water or where we don’t need education? Of course not. So if we don’t own these common essentials ourselves, we are left renting them from the private sector at a much higher cost.

In other words, the bottom line is the complete opposite of what the Conservatives allege. The truth is we cannot afford the status quo, where we rent our services, our housing, and our university courses from the corporations. Case in point: the UK’s richest 1,000 families have increased their wealth by over £500bn since the 2008 financial crash, while the majority of us face austerity cuts.

Corbyn’s Labour believes common essentials should be built into society, rather than turned into a cash cow for the rich. And it makes no sense to calculate the ‘cost’ of nationalisation without factoring in the absurd amounts people are currently spending on housing rent, energy bills, and tuition fees.

Removing profit from these industries can only make them cheaper to run. The corporate media won’t point this out, so it’s up to us to strike the conversations that can swing this election.