The Tory party tries to game the internet to attack Labour, again. It fails spectacularly. - Canary 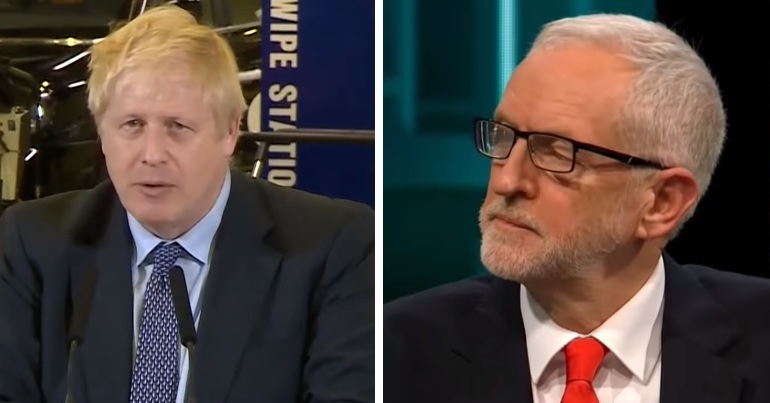 When the Conservative Party recently changed its campaign Twitter profile to make it look like a fact-checking outfit, all it faced was a slap on the wrist from the Electoral Commission and the social-media platform. And its latest move suggests the party was buoyed by that free pass. Because the Tories bought the domain name “labourmanifesto.co.uk” and filled it with claims about Labour’s future plans. Essentially, the site rubbished the opposition party just as Jeremy Corbyn released its highly well-received manifesto.

The plan failed, though, for the same reason as the Tories’ fact-checking site: it was debunked by the public. Clearly, the Conservatives didn’t learn a lesson in humility from their initial attempt to game the internet, just arrogance.

On the new website, the Conservatives made the highly misleading claim that:

Hardworking taxpayers would have to pay an extra £2,400 each year in tax on average to cover Jeremy Corbyn’s reckless spending.

A video the party put out claimed the same, telling taxpayers this is the “Cost of Corbyn”:

🔴 *Buzzzzz* Jeremy Corbyn's got a new tax bill for you and your family.

Under Labour taxpayers would have to pay, on average, £2,400 more tax every year.#CostOfCorbynhttps://t.co/z1xTai1Qmr pic.twitter.com/H6lFK9vZ8Z

But even a cursory glance at Labour’s plans reveals what spin this is. Because the manifesto clearly says:

We’ll ask those who earn more than £80,000 a year to pay a little more income tax, while freezing National Insurance and income tax rates for everyone else.

The party says it can generate £6.4bn from the top 5% through higher income tax. Meanwhile, it has costed that its higher rate of corporation tax will raise an extra £19.4bn. In fact, there are a number of changes to taxes proposed in its manifesto, such as an anti-tax-avoidance programme raising £6.5bn. But these tax changes don’t focus on the UK’s “hardworking taxpayers”; they focus only on those who can afford to pay more tax – high earners, corporations and the like. As the manifesto says:

Labour will rewrite the rules of the economy, so that it works for everyone. We will rebuild our public services, by taxing those at the top to properly fund the services we all rely on.

The UK “can’t afford NOT to have Corbyn”

People were quick to call the Tories out:

So the Tories have created a "Labour Manifesto" website where they claim that under Labour, you'll pay £2,400 a year in tax.

This is a barefaced lie.

Under Labour, only the top 5% of earners will pay a penny more in tax.#CostOfCorbyn #LabourManifesto

Do you earn that much? Do you know anyone who earns that much?

Well the threat of a redistributive, genuinely radical Labour government for the many is certainly costing someone a few bob.
The Tories have had £5.7m in in political donations in the last week. (Compared with Labour on £218,500 and Libdems on a £275,000)#CostofCorbyn

What is the #CostOfCorbyn? A Fairer Society!

Cost of the Tories

Before the Conservatives even had a chance to pat their own backs over the domain-name skullduggery, meanwhile, the ‘Cost of Corbyn’ had morphed into the ‘Cost of Tories’ and ‘Cost of Tory Rule’ too:

#CostOfCorbyn is a major boost to our economy as people have more money to spend on goods and services, pushing growth and employment.#CostofTories is just missing out on a recession last quarter and dropping from 5th to 7th richest country.#CostofTories is how many dead?

#CostOfToryRule
Peoples lives.
Peoples dignity.
Children without food and shelter
Veterans thrown on to the streets.
We have to get them out#VoteLabour

In short, the Conservatives are continuing to use the internet in underhand ways to try and pull the wool over the public’s eyes. But bullshit doesn’t hang around on social media for too long before people call it out, exposing its disseminators as the untrustworthy goons they are. For now, it appears that’s an understanding beyond the Tories’ grasp.