The war in the Middle East is not meant to be won, but simply sustained - Canary 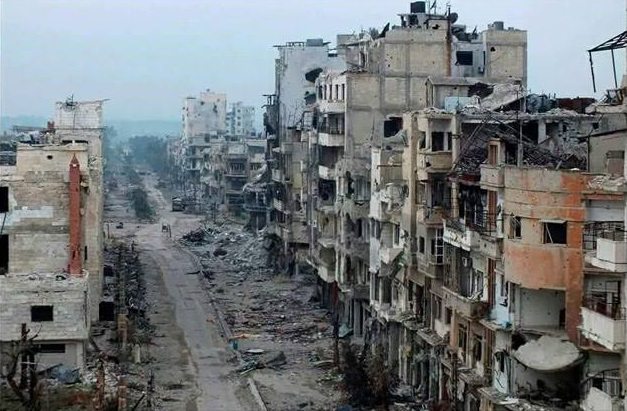 David Cameron has announced that he plans to draw up a comprehensive strategy to gain MPs’ backing for a bombing campaign against ISIS in Syria, following the Paris attacks. This will only further fuel the spiral of violence that is sending the world into chaos. The scaremongering of the press about the danger we now face, obscures the fact that Cameron has been arguing for these strikes since the civil war in Syria began in 2011.

David Cameron’s first attempt to launch bombing raids in Syria was in 2013, when his proposal to target President Assad and his army, was narrowly defeated in a Commons vote. Earlier this year, the prime minister called for a significant ‘humanitarian response’, which may have included military strikes against ISIS. This was also defeated.

The repeated refusal of MPs to condone air strikes has not deterred Cameron, who authorised secret drone strikes against Britons allegedly fighting alongside ISIS in Syria, earlier this year. The prime minister has time and again, tried to comfort us with the assertion that going ahead with strikes is in the best interests of the Syrian people and the safety and security of the British public. Cameron has been urging us not to confuse this so-called ‘duty’ with a search for biological weapons. He has said that the situation in Syria is ‘fundamentally different’ to that of Iraq, and claims that failure to attack will set us back a decade.

The prime minister fails to see the role our government has played in destabilising the region in the first instance.

The British government has a long and sordid history of supporting oppressors and tyrants when it suits, selling them billions of pounds of weapons in the process (that are often used against their own people as was the case in Bahrain), only to arm the other side when the shaky relationship falters later on. The right relationship, it seems, is everything.

Sanctions by Western governments have resulted in the deaths of hundreds of thousands of children. The UK continues to forge close relationships with heads of state that have questionable human rights records at best. Indiscriminate drone bombing campaigns and an apparent lack of respect for human life in our recent conflicts, has seen the numbers of civilian casualties rise. UNICEF report that:

Civilian fatalities in wartime climbed from 5 per cent at the turn of the century, to 15 per cent during World War I, to 65 per cent by the end of World War II, to more than 90 per cent in the wars of the 1990s.

Every now and then, the media and our government conspire to suggest the legitimacy of the drone programme but the truth is that they are silently killing an untold number of civilians.

In essence, the war in the Middle East is not meant to be won, but simply sustained.

The arms industry represents a multi-billion pound industry that only gets paid when the bullets are flying. Without war, they are worthless. And control of the oil supply in the region remains a central concern of Western foreign policy.

The UK armed forces must not be ordered to blindly follow the French knee-jerk of launching air raids in Syria. 10 years of an illegal war in Iraq has given us a precedent of the consequences. The atrocities being carried out by ISIS must be stopped through political solutions. We cannot simply quash our own civil liberties and throw more bombs at the situation, in hope it will solve the problem. It won’t. David Cameron has admitted himself that a ‘few extra bombs’ will not resolve the situation. If that is the case, then why is he so desperate to rush into the fight?

The world is on fire as a direct result of our failed foreign policy. To date, only Jeremy Corbyn has even begun to suggest a way out of the downward cycle of violence, which did not call for more of the same. But the media has rallied hard against him, labelling him a pacifist at every opportunity, and querying his ability to lead the country and keep us safe. The question we should be asking ourselves is: are we any safer as a result of our military engagements since 2001? By resorting to aggression and the curtailment of our civil liberties at home, the government are in effect, doing what ISIS want. What is it that is being fought for?

We can bomb this world to pieces but we cannot bomb it into peace.