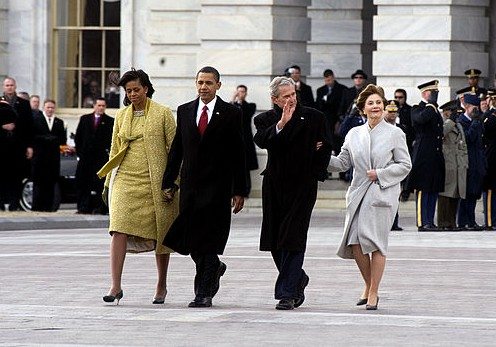 WikiLeaks has released audio tapes which it claims link Bush and Obama appointees with misappropriation of billions of dollars intended to help disabled people find work.

The 30 hours of secret audio allegedly show that nearly half of the funds from the $3bn-a-year AbilityOne programme, intended for disabled workers, instead went to defence contractors and other large organisations without large proportions of disabled employees.

The AbilityOne programme is overseen by 13 presidential appointees, 10 of whom were appointed by Obama and three by Bush, according to WikiLeaks.

The programme is the largest disabled work scheme in the US, helping to fund the employment of more than 50,000 disabled people a year. Most of the money ($2.3bn a year) is funnelled through a non-profit organisation called SourceAmerica to companies in which at least 75% of the work should be carried out by disabled people.

However reports emerged earlier this year that more than half the companies receiving money from AbilityOne did not have enough disabled employees to qualify for the scheme.

Now WikiLeaks says the tapes provide evidence to back up the claims, saying that most of the subsidised labour went to government defence contractors such as Lockheed Martin and Boeing.

WikiLeaks says the tapes support claims that nearly half of the $2.3bn provided by SourceAmerica does not benefit severely disabled people, as intended, but instead goes to favoured organisations that recruit mostly able-bodied or mildly disabled workers.

The result, according to a WikiLeaks press release, is:

It is outrageous that this funding designed to help disabled people find work is ending up in the pockets of arms company investors.