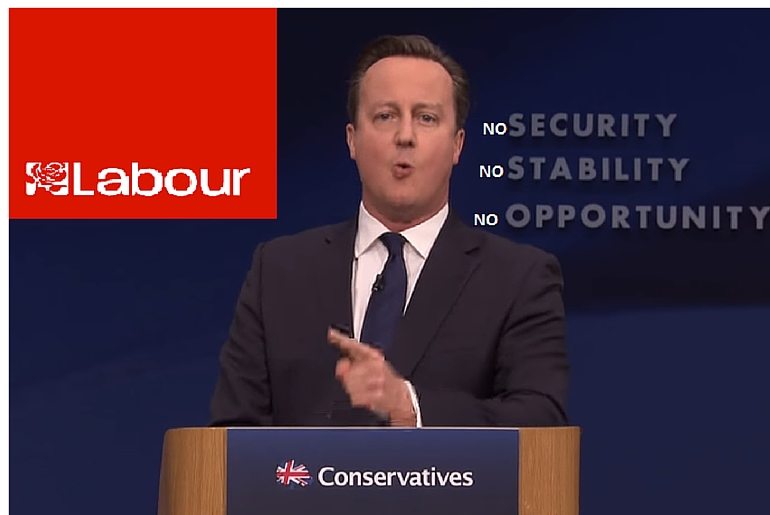 David Cameron’s Conservative government is seeking to ensure that workers lose their rights whilst Labour loses £6m a year in funding, with the introduction of the trade union bill.

Patrick Wintour at the Guardian has described the trade union bill as:

the biggest crackdown on trade union rights for 30 years.

The bill is also a crackdown on democracy. It proposes that 50% of members must vote in order for a ballot to be valid, and 40% of those eligible to vote must back action for strikes. This would mean trade unions would have to have a higher turnout and higher support than our very own government was elected by. The government failed to win the backing of 40% of the population and if this was applied to Conservative MPs the vast majority, 274, would fail to be elected. The clear aim here is to make it as difficult as possible for people to take industrial action and to make the right to strike a thing of the past.

The trade union bill has been criticised by the Conservative MP, David Davis, who agrees with much of the bill but even he struggled to comprehend how it would be acceptable for his party to implement a plan where people would have to give their names to police.

there are bits of it [the bill] which look OTT, like requiring pickets to give their names to the police force. What is this?

Davis answered his own question by describing it as something akin to Franco’s dictatorship in Spain:

This isn’t Franco’s Britain, this is Queen Elizabeth II’s Britain.

But the Conservative party is now hellbent on making its political rival broke.

The Guardian has revealed information contained in a confidential party document which outlines how Labour will lose £6m a year due to the bill. The bill will do this by changing how unions pay into their union political fund and it will mean every single union member will have to write every five years to opt into paying the levy, rather than opting out, as it presently stands. As things stand, unions will only be given three months to get their member’s signature that allows the payment.

The unions provide around 20% of the Labour party’s funding, which equates to more than £30m over a five-year parliament. The proposed changes to unions funding has caused immense concern to the Labour party, the paper reads:

The party could not absorb a loss of £5-6 m and maintain its current structure. With an annual salary cost in excess of over 50% of total costs, it is clear that current staffing levels could not be sustained. In addition to a staffing review, all contracts would need to be challenged to remove any discretionary costs and offices considered for sale or sublet.

While trade unions are run by democratically elected individuals, the Conservative party’s funding is far murkier.

In 2013, the largest donor to the Conservative party was a hedge fund founder, Michael Farmer, who gave over £2m. He was followed by a property developer, David Rowland, who gave over £1m. In addition, the Conservative party has received more than £1m from May Makhzoumi, the wife of billionaire Fouad Makhzoumi, the man at the centre of the Jonathan Aitken arms scandal. In 2015, the Tories got around £19m from 27 of the wealthiest asset managers in the UK. In the same year, it also received 10 times more than Labour in the final week before the election with more than £1m being received from companies like Lycamobile UK- who can donate to the Tories but struggle to pay corporation tax. They also received £90,000 from Stanley Tollman- a convicted tax fraudster.

While trade unions represent the working-classes and ordinary people, the government’s key donors represent the richest business elite in society. David Cameron’s Conservative party seeks to destroy trade unions and the Labour party, so there is no-one to oppose his draconian austerity measures which are designed to make his donors even richer.