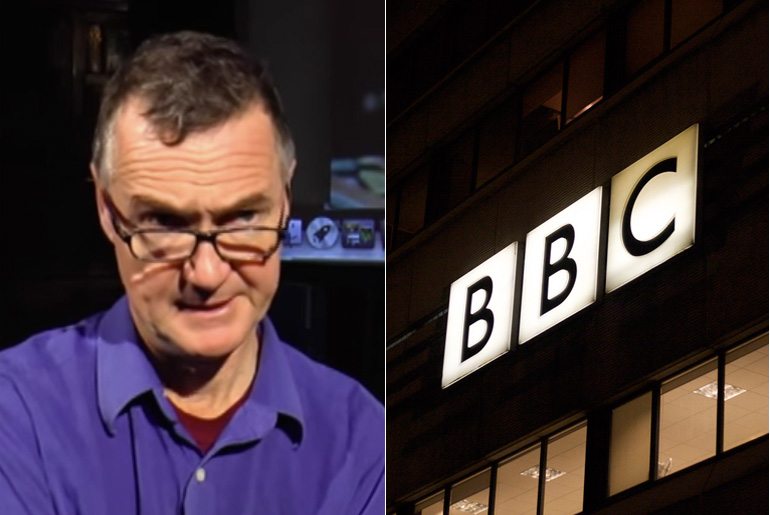 Meirion Jones is an award–winning investigative journalist and a veteran of the BBC. He worked on the Today programme, World at One and PM before becoming head of investigations for Newsnight. A year after leaving the organisation, Jones has spoken out about BBC bias, slamming the organisation’s coverage of the junior doctors’ strikes – and much more besides.

In an article posted on openDemocracy, Meirion Jones has criticised the lack of investigative journalism at the BBC. He cites several reasons for its demise – from the organisation’s culture to its preference for “on-agenda stories that can be planned ahead”.

But “there’s another problem,” he writes:

Investigations aim to hold power to account, and one of the most powerful institutions is the government. People ask me is the BBC biased, and my answer is that the fundamental corporate bias is pro-government, regardless of party. It’s the licence fee – stupid. Of course not every story will be pro-government but the overwhelming narrative will be.

This pro-government BBC bias, he suggests, has been particularly clear in the coverage of the junior doctors’ strikes:

Newsnight, to its credit, ran a MORI poll showing 66% public in favour, 18% against. But on the day of the action Today trawled for anti-strike patients, and the BBC News at Ten ran two negative voices from ordinary people, and no-one in favour.

Jones is not the only journalist to have pointed out bias in the BBC’s coverage of the strikes. Vox Political has done so too. But it is rare for an insider (even an ex-insider) from the corporation to publicly share their views on BBC bias, and Jones’ insights are illuminating.

Successive governments, he suggests, have tried to micro-manage the BBC’s reporting – and they have been “effective”:

When I was on BBC Radio 4’s Today programme in the late ‘80s I’d regularly get calls from Margaret Thatcher’s party chairman, Norman Tebbit, while the programme was on air. He’d ring up to try to influence the daily agenda. Alistair Campbell and his merry men were equally effective under Tony Blair and their humbling of the BBC after the David Kelly affair only made the corporation more submissive. And now there’s a Tory government so the BBC is pro-Tory.

In fact, Jones only recalls the BBC’s government loyalty wavering twice: under John Major after Black Wednesday, and under Gordon Brown:

In each case a cynic might say the corporation could see the PMs were dead on their feet, and the other side was about to be elected and control the BBC purse strings.

Jones has every reason to hold a grudge against the BBC. In 2011, he led the Newsnight investigation into Jimmy Savile, which was pulled by his superiors before it could be aired, triggering a protracted scandal for the broadcaster and controversy for Jones himself. Jones claims that he and everybody else working on the investigation had been “squeezed out” of the BBC by the time he left in 2015, while “those responsible for the fiasco are still there and still being paid very well”:

So Jones has history when it comes to speaking out against the BBC. But his latest article doesn’t read like sour grapes. It reads like a call to action for an organisation he once loved: to prioritise investigative work, to treat whistleblowers fairly, and to hold power to account.

And it adds substantial weight to the already well-documented reasons for viewers to treat the BBC’s reporting with scepticism. The basis of democracy is informed consent from its citizens. So if the nation’s main public service broadcaster is too scared to inform the public or hold the government to account, what democracy are we left with?

-Support The Canary for free and fearless journalism that seeks to hold the powerful accountable.
-Follow other independent media outlets like Novara Media and Real Media.