Loudmouth Blairite MP tries stabbing Corbyn in the back, but forgets this vital detail - The Canary 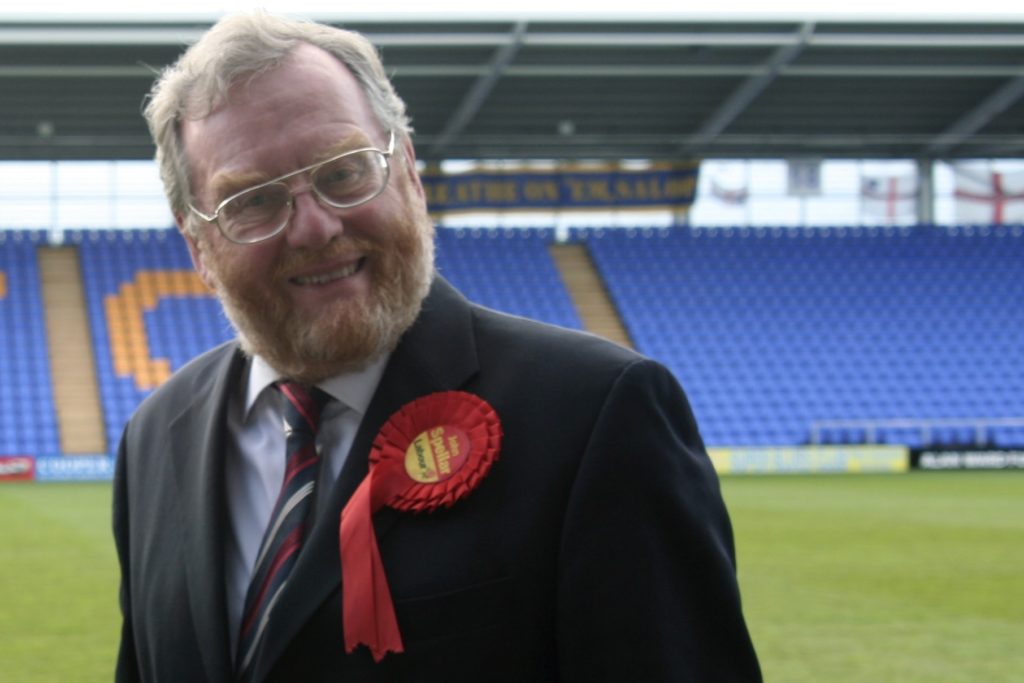 Loudmouth Blairite MP John Spellar tried to stab Jeremy Corbyn in the back by smearing Momentum, the grassroots campaign group behind Labour. Tony Blair’s former shadow cabinet minister said that the members of Momentum have “no place in the Labour party”, and called the movement “a Trotskyist rag bag”.

However, as he gleefully handed the mainstream media more ammunition to use against Corbyn, Spellar forgot a vital detail.

A widespread grassroots movement is fundamental to Labour winning in 2020. In smearing Labour’s grassroots support group, he is taking steps towards a Tory victory over his own party.

The Conservative party hold all the cards when it comes to pleasing the powers that be. A recent YouGov survey shows the British press is seen as the “most right-wing in Europe”. Just last December Chancellor George Osborne wined and dined with Rupert Murdoch. The Tories win when it comes to mainstream media influence.

The Tories have also won over the other plutocrats in society. They recently held their notorious annual Black and White Ball, which seeks to woo rich donors by promising them favourable government legislation. Why else would profit-motivated individuals pay £15,000 for a table of 10 to hang out with the likes of David Cameron and Iain Duncan Smith? Why else would the ball be top secret from the public? Why else would the Tories receive most of their funding from Britain’s richest?

These people are professional investors and did not get rich by doing it badly. The fact that Britain’s 1,000 richest families have more than doubled their wealth since the financial crash shows that, in donating to the Tories, they haven’t done badly at all.

Labour do not have the same advantages. The kind of spectacular, spiteful blunders we are seeing from Spellar could cost the party the general election. The key to victory for Labour is its ever-increasing membership, which has increased by nearly 200,000 since the general election. Much of this surge was caused by the landslide election of Corbyn.

However, members and supporters cannot simply declare their backing if they want Labour to win. They must become activists. If they don’t, the movement will not spread and the Tories will win. Momentum is precisely the catalyst to bring about that change. In their own words, the grassroots organisation Spellar is smearing seeks to “create a mass movement for real transformative change”.

In this video, journalist Owen Jones meets some Momentum activists:

While the Blairite MP Spellar may refer to them as a “Trotskyist rag bag”, they are, in fact, a group of citizens organising in support of Labour. In slandering them in this way, Spellar is parroting the Tories and the media’s attempt to associate the grassroots movement with the Soviet Union.

The active campaigns from these ‘far-left extremists’ include the following:

-Defending the NHS from Tory austerity

-Calling for creative campaigns from citizens focusing on key pressure points they have identified, such as housing, jobs, health and education

Last year, Momentum launched a voter registration campaign to make sure people would actually be able to vote.

This Blairite MP’s blunder has spread misleading propaganda about the party’s grassroots movement, a movement that is key to victory in 2020. This is the reason the media campaign against them exists in the first place: Momentum are a threat.

Instead of smearing Labour’s core support group, Spellar should be focusing his efforts on doing what he was elected to do: represent his constituents views and work to implement Labour policy.

–Write to your MP.