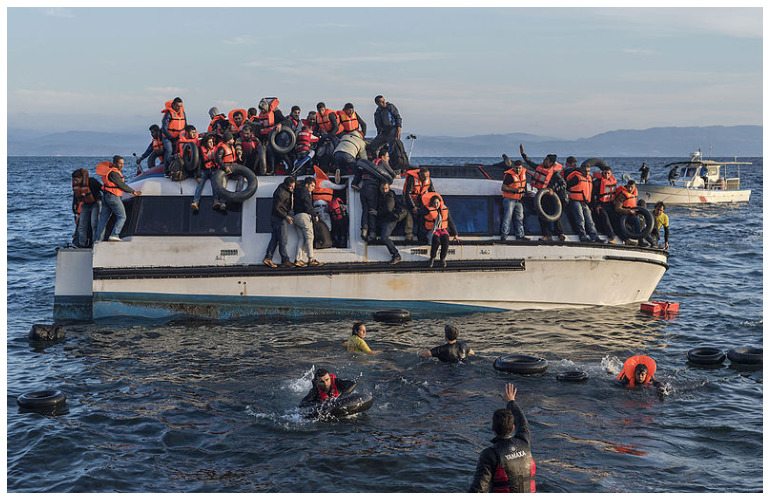 Turkey has used an emergency summit in Brussels on the ongoing migrant crisis to issue fresh demands on the EU and make clear its position of leverage.

Turkey has exploited the issue of migration to maximum effect

In a deal already agreed between the EU and the authoritarian state, Turkey was set to receive €3bn in monetary aid in return for promising to take back non-Syrian migrants from the EU. A draft statement released from Monday’s talks, however, reveals that this amount is set to double to €6bn by the end of 2018.

In reference to his country’s ability to affect the migrant flow, Ahmet Davutoglu, the Turkish Prime Minister, stated how “indispensable the EU is for Turkey and Turkey for the EU”.

EU leaders clearly agreed. They committed to upping the direct monetary aid made available to Turkey to €6 billion during the originally agreed timeframe. In return for the extra funding, the new proposal would see Turkey take back migrants of all nationalities from the Greek islands. And with migrants back in Turkey, the EU would then admit one Syrian refugee directly from Turkey in exchange for every Syrian readmitted there from the Greek islands.

On top of the extra cash injection, the Turkish delegation also demanded an acceleration to plans to lift visa restrictions on Turkish citizens entering Europe. The draft statement, released on Monday, stated that this acceleration will now take place as a result of additional agreements. The changes will lift restrictions currently on Turkish citizens wishing to enter the Schengen zone by June 2016 at the latest.

While the migrant crisis is clearly an issue of major importance to the EU as a whole, and steps to work with Turkey are essential in efforts to stem the refugee flow, ignoring Turkey’s role in perpetuating the migrant flow and acceding to their demands highlights the desperation of some quarters of the EU leadership.

In a statement made before entering the negotiation rooms in Brussels, Davutoglu made clear Turkish ambitions of joining the EU, while stating that this summit was not just about migration for the Turks:

Turkey is ready to work with EU, and Turkey is ready to be member of the EU as well… Today I hope this summit, which will not focus only on irregular migration but also the Turkish accession process to the EU, will be a success story and a turning point in our relations

It is indisputable that Turkey must play a major role in stemming the flow of refugees into the EU, and in allowing humanitarian aid to get to those who need it most, but EU leaders must not allow their Turkish counterparts to exploit the desperation surrounding the migrant crisis.

The values of the EU and the contradiction of Turkish membership

Turkey is an important ally of Europe, a NATO member, and a centre of cultural importance. But the authoritarian nature of its government, its violent crackdown on the press, and its lack of respect for human rights in general run at odds with the central principles of the EU.

As explained here in the notes of the European Convention:

Although many EU member states clearly contradict the apparent ethical and moral foundations of the union through dealings with oppressive regimes and countries of humanitarian concern, historical links combined with geography make Turkish dreams of accession a real possibility.

President Erdogan’s ruling Justice and Development Party is currently at war with Turkey’s Kurdish population, and has killed hundreds of civilians while destroying the lives of many more. This authoritarian regime has hindered attempts to end the Syrian civil war, has focused on bombing left-wing Kurdish movements rather than Daesh, and has violently repressed opposition voices – whether they are politicians, academics, peace activists, human rights lawyers, or even footballers. And some journalists are still being threatened with a life sentence for exposing Turkey’s arms trade with jihadis in Syria.

These actions highlight a distinct disparity between the EU’s founding values and those of its latest hopeful entrant.

Of most recent concern was the Turkish authorities’ takeover of the Zaman media groups office last Friday. Zaman, Turkey’s biggest daily paper, was a rare voice of opposition to the ruling party. But the first edition issued after the takeover demonstrated a clear shift in editorial policy to toe the line of the ruling party.

Concerns over press freedom were raised during the recent discussions by Italy’s Prime Minister Matteo Renzi. The Italian leader went so far as to demand the inclusion of a reference to press freedom within the proposed deal before he would commit his signature.

As negotiations continue, we can only hope that other EU representatives take a similar approach, standing by the union’s founding principles. Turkish accession into the EU should only be considered on the basis of an agreement on reforms to press freedom, democratic accountability, and human right violations within the country.

Whilst it was hoped a deal could be drawn up on Monday, several leaders were taken by surprise at the far-reaching consequences of Turkey’s “game-changing ideas”. As such, they “cannot accept a deal tonight because of the very short preparation time”.

Although the delays will not benefit the hundreds of thousands of refugees who will be affected by any agreement between the two parties, it does at least give those who oppose the authoritarian state’s accession more time to make their cases heard.

– Write to your MEP and let them know what you think.

– Sign the Index on Censorship’s petition to “End Turkey’s crackdown on press freedom”.