This 84-year-old MP just got kicked out of parliament for insulting Cameron, here's why (VIDEO) - Canary 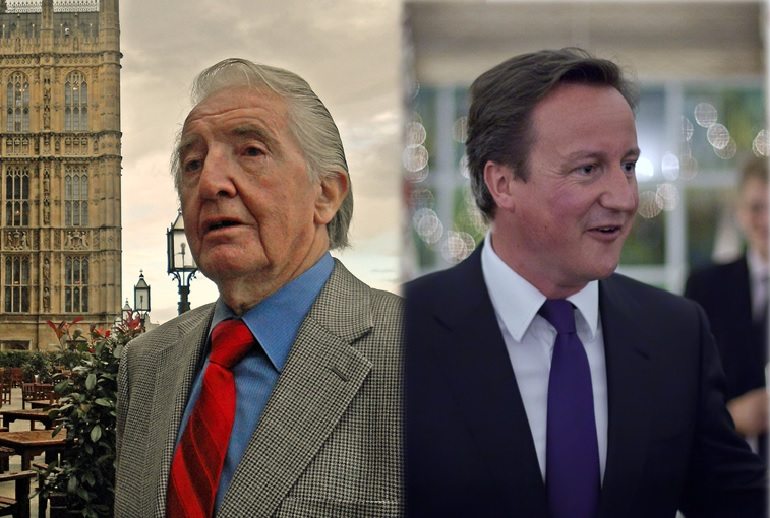 David Cameron made a statement about recent tax revelations in the House of Commons on Monday 11 April, but did not convince one veteran MP. Labour’s Dennis Skinner responded to the Prime Minister’s comments by referring to him as “dodgy Dave“. After refusing to withdraw this remark, Skinner was kicked out of the chamber. But social media users soon jumped to defend him.

Speaker John Bercow asked the Bolsover MP to “think of another” word to describe Cameron. The 84-year-old replied, pointing at the Prime Minister:

This man has done more to divide this nation than anybody else. He’s looked after his own pocket. I still refer to him as dodgy Dave. Do what you like.

He was suspended for the remainder of the day as a result.

Skinner has long been a strong opponent of the Conservatives, launching a number of scathing critiques in recent months and years.

On Twitter, many have come out in support of Skinner, saying:

Dennis Skinner has only said what we all think.

If Dennis Skinner can get kicked out for calling Cameron #DodgyDave, how does Cameron get away with insulting MPs and lying every #PMQs?

Remember when #DodgyDave called the Labour leadership "terrorist sympathisers" for not wanting war? How did he escape punishment for that?

#DodgyDave is the hashtag if you’d like to show your support for Skinner’s comments.