There are great successes in renewables, but governments cling on to fossil fuels and nuclear - Canary 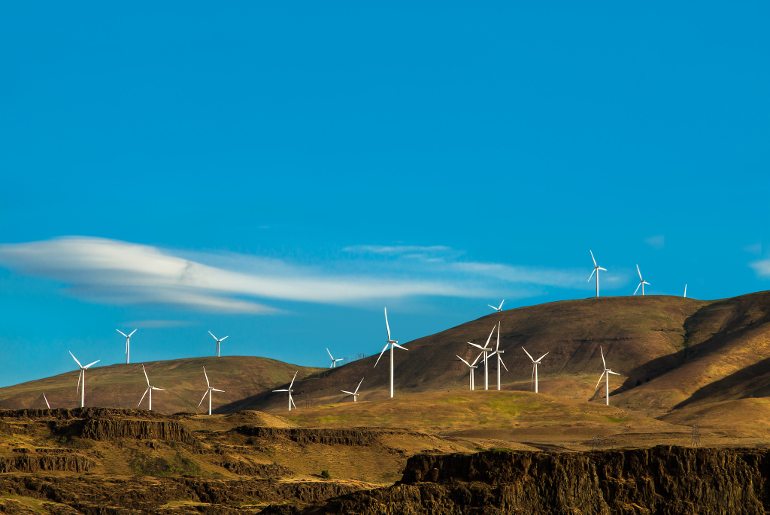 Last December 195 countries gathered in Paris at the United Nations Climate Change Conference and signed an agreement, that covers the period between 2020 and 2030, to limit global warming to 2ºC.

Reaction to the agreement has been one of cautious optimism. Though it was considered good news that almost two hundred countries were able to reach an understanding, according to experts the policies and emission cuts offered are not enough to achieve this goal.

Surprisingly, just five months later the scenario seems to have dramatically changed. Last month, Germany’s electricity demand was covered exclusively by renewable energies for 24 hours. Portugal followed, powering its grid with renewables for four straight days. And in the UK, electricity generated from coal, the most polluting source, hit zero several times last month, something that had not happened since 1882.

In fact, this revolution has been quietly happening for some time. Last year Denmark produced 140% of the electricity demand of the country solely by wind farms.

In the UK, renewable energies have been steadily growing. The last quarter of 2015 they produced a record electricity share of 27%, though the first figures from 2016 suggest that the recent cuts to subsidies will have a strong negative impact.

Almost half of this energy comes from hydropower, although in the last decade its contribution has remained constant. The growth observed in renewable energies reflects the expansion of wind, biomass and solar energies.

Wind power is the second largest contributor to renewable energies, with a five-fold increase in the last decade. During the same period, electricity production from biomass trebled. Solar power, though currently still contributing a small share, is the renewable energy source that is experiencing the fastest growth, going from 0.1% to 9.6% in ten years.

Are we really going green?

Although these developments give way to optimism there are some caveats that have to be considered.

A significant share of what is considered “renewable energy” actually comes from biomass, despite the fact that its use releases CO2, the main gas responsible for the greenhouse effect. The reason why biomass is considered renewable is because plants uses CO2 to grow, and hence the CO2 liberated by its combustion ideally equals the CO2 it uses to grow. This means that if biomass is used at a higher rate than which is generated it could actively contribute to global warming.

And while the increasing role played by renewable sources in the generation of electricity is a good news, it must me borne in mind that electricity is just one of the ways that we consume energy on the planet.

The production of fuel for transport, which in developed countries accounts for 20-25% of total energy use, still relies almost exclusively on fossil fuels. In fact, 87.1% of the world’s total power production is derived from fossil fuels, namely oil, coal and natural gas.

It’s important to drive the transition towards renewables sensibly to make sure that its impact does not outstrip its benefits.

In 2008, The Washington Post exposed the case of a factory in China that provided polysilicon, a material required to build solar cells,  to Suntech Power Holdings, which at the time was the world’s largest manufacturer. It was found that the factory dumped a toxic by-product, silicon tetrachloride, to neighbouring fields, poisoning the land and putting at risk the health of inhabitants nearby.

Silicon tetrachloride is produced in high amounts during polysilicon production, but it can actually be reprocessed to increase the yield in polysilicon production, though this requires expensive equipment and energetic costs, which discourages many companies to do it. In response to the scandal, China has current standards requiring that companies recycle at least 98.5% of their silicon tetrachloride waste.

Although most of the photovoltaic panels to date rely on polysilicon, the alternative technology of thin-film solar cells is rapidly gaining ground. These new solar cells are cheaper to build and their manufacture produces less toxic byproducts, while being as efficient as traditional silicon-based solar cells.

Other renewable energies can also have a negative impact on the environment if they are not well implemented. Biofuels such as palm oil and bio-ethanol, which could help us decrease our oil dependency, require large swathes of land and can promote deforestation and soil erosion. Hydroelectric dams have a strong environmental impact, dramatically shaping the area where they’re built and endangering biodiversity.

Nuclear energy has never been very popular among environmental activists. One of the most notable exceptions is James Lovelock. Famous for his Gaia hypothesis, that proposes that the Earth is a complex and self-regulated system that emerges from the interaction of living and non-living entities. His defence of nuclear power in the early 2000s struck many as surprising, his main point being that the effects of climate change are already largely unavoidable and that  nuclear power is the only feasible alternative to fossil fuels in the short term.

The main asset of nuclear energy is that it can provide large amounts of energy without releasing greenhouse gases, which are the main contributors to global warming. It should be noted that world energy consumption is still rapidly growing.

However, radioactive waste produced in the process is toxic and nuclear centrals pose environmental risks, as stated by disasters such as Chernobyl and Fukushima. Nuclear energy also faces strong public opposition.

The expansion of renewable energies is certainly good news for our planet. However, rather than resting on our laurels, it is crucial that we tackle global warming from all angles and that we stay vigilant to make sure that the transition towards clean energy is made without further harming our battered planet.