A revolutionary new solar project could help solve the UK's energy crisis, and the media's silence is deafening - Canary 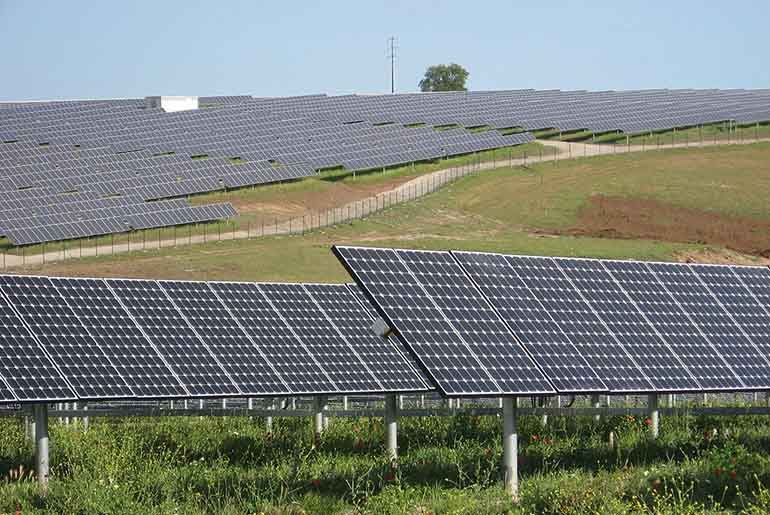 The UK’s energy crisis is dire. The government is continuing to push its agenda for fossil fuels, aggressive fracking and nuclear power, while ignoring the potential of renewable energy. While controversial plans for Hinkley Point go ahead, a revolutionary energy project, just around the corner from it, could help show the way to solving the UK’s reliance on fossil fuels and nuclear for good. But the mainstream media hasn’t said one word about it.

UK-based Camborne Energy Storage has installed a grid scale solar power storage facility in Somerset using US-based Tesla’s revolutionary battery technology. The first of its kind in Europe, the installation, which comprises of five 100 kWh Tesla powerpacks, will store energy produced from a nearby solar farm in Somerset. Providing an ancillary service to the National Grid, the installation has the capacity to provide power for over 500 homes.  This new project will not only demonstrate the capabilities of Tesla’s technology in the renewable energy sector but, more importantly, showcase how the UK can viably reduce its reliance on fossil fuels and nuclear power.

The development of Tesla’s first European grid-tied system is an exciting step forward for Camborne and Tesla in terms of our respective storage strategies. This project is another success for storage development in the UK and being co-located with a renewable generation site, should offer significant benefits to all stakeholders.

When asked about plans to expand, Taylor told The Canary:

We are considering increasing the size locally subject to the local electricity network constraints. In terms of wider business expansion we have a number of sites in planning.

Camborne has yet to announce the price of the project, but Taylor has confirmed that the “solar farm was commissioned inside the solar subsidy deadline of around 18 months” and the battery facility was funded without subsidies. But, in its effort to squash the renewable energy sector, the government has since cut funding for all new large-scale solar farms and slashed subsidies for smaller installations by 87% making it harder for similar projects to find funding.

The government and renewables

Despite projects like Camborne’s having the capability to revolutionize the energy market, the government continues to undermine renewables and invest in fossil fuels and nuclear power. With some arguing that solar power is now cheaper than Hinkley Point, and the fact that only four large offshore wind farms have the capability to match the 3.2 Gw of power expected from the plant, the government continues to out price renewables by not investing in them. As a recent report confirms, Britain’s renewable energy industry is about to “fall off a cliff” at the very point it should be coming into its own.

experts have warned this [renewable energy success] is all about to grind to a halt as the government abandons its commitment to green energy and instead invests in fracking and nuclear power.

After 2020, the new renewables infrastructure will collapse to almost nothing because of a lack of investment and the blossoming industry could wither.

With the government apparently determined to ignore the potential of the renewable energy sector, many such revolutionary projects will never see the light of day. And the mainstream media, while willing to highlight the government’s short-sightedness, very often turns a blind eye to the kinds of game-changing projects that could revolutionise our energy market.

– Learn more about the project.

– Read more from The Canary about the environment.