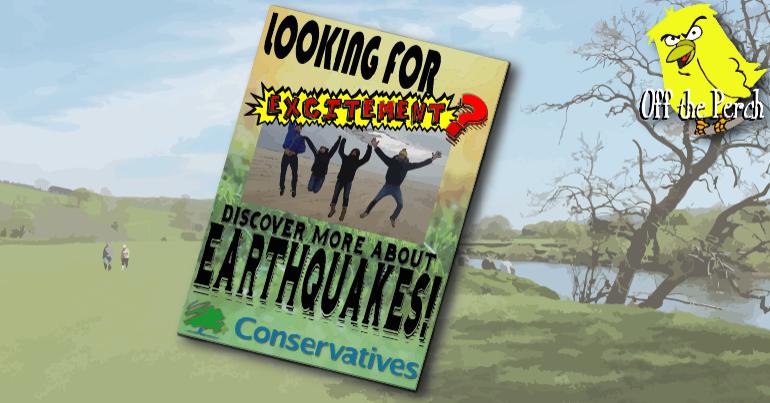 The fracking operation in Lancashire has paused due to earth tremors. Primarily because the government needs time to whip up promotional materials that explain why earthquakes are good for us.

Make no mistake people of the North – they’re fracking whether you like it or not.

Frack to no future

The government is putting together a package explaining why fracking is cool. It will include a video in which Theresa May does one of those hideous dances on a shaking table. While the simulated earthquakes trembles her slightly, she cries:

It will go on to show some kids setting fire to their tap water as if it were some sort of toy science experiment. Originally, the government planned to follow this with a bit about how flammable water could save on winter fuel. The government removed it after energy companies complained it would make selling their filthy shale gas more difficult.

Part of the promotional pamphlet will suggest the government should be charging us for these exciting earth movements. Unfortunately, Philip Hammond saw this and decided to include an ‘earthquake tax’ in tomorrow’s budget.

It’s already being described as the ‘shake, rattle, and poll tax’.