Paul Mason is in a bubble. The Tories are desperate for Labour to back a 2nd referendum. - Canary 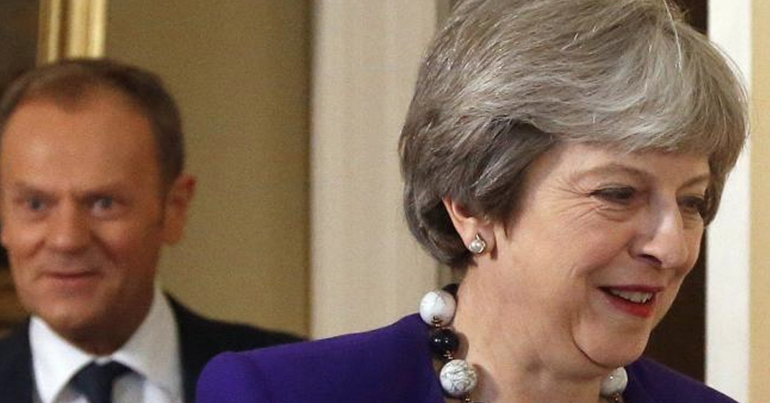 Political pundit Paul Mason has amplified his call for Labour to back a second referendum. But he’s in a bubble. The Conservatives are desperate for Labour to back another poll – just like they were before the 2017 election. Because if Labour supports a second vote, that will:

There is no evidence, meanwhile, that the vast majority of Leave voters have changed their minds.

Misrepresenting the next general election

there is evidence it would lose four seats in Scotland to the SNP and up to 14 seats in south-east England where its voters would defect to the Greens and Lib Dems. In return, it would win a grand total of no extra seats in the Leave-supporting areas.

As the 2017 electoral battle suggests, Mason presents a mischaracterisation of what the next general election will look like. With Corbyn offering a real alternative in our outdated two-party system, other opposition parties will be completely marginalised in a fundamental clash of culture and politics. This is what happened in 2017: the two main parties’ combined voteshare was the largest since 1970 – they took nearly 90% of the parliamentary seats.

With that in mind, what will ultimately count electorally is how Labour does against the Conservatives. And as May’s hollow anti-austerity rhetoric suggests, the Corbyn movement has already won the national argument on this key economic issue. So Labour supporting a second referendum hands the governing party a lifeline. Last election, Labour refrained from doing so, and Theresa May’s flagship attack line about the opposition “frustrating” Brexit fell flat.

It’s true that Corbyn’s powerful enemies will try and blame him no matter what happens. And the Labour leader is already being attacked for ‘enabling Brexit’. But it’s nothing compared with what will happen if he tries to override the referendum result. The Conservatives would accuse him of betraying the country. And unlike most of the historic smears against him, this time their argument would be concrete and present. And the mainstream media would amplify the damage day after day with the BBC leading the charge.

Don’t be so cynical

In his piece, Mason also claims:

a small group of Labour MPs, who for two years claimed they were being forced reluctantly to enact Brexit in order to respect the referendum, were in fact quietly hoping Theresa May could achieve it.

But people who think we should respect the result are not necessarily doing so because they are closet Lexiteers. A referendum is the closest thing to direct democracy that exists in the UK. And both sides agreed to its terms, however ill-thought-out they were.

Another issue second referendum supporters rightly have is with the level of debate during the EU referendum. The problem is that the media landscape has not changed since then. After the 2016 vote, the New Statesman analysed the main evening bulletins on Channel 5, Channel 4, the BBC, ITV, and Sky News. The findings showed that, while Remain and Brexit voices were balanced, 71% of political sources were from the Conservative Party, compared with just 18% from Labour. The New Statesman acknowledged that:

One outcome of the media marginalisation of progressive voices was that Brexiteer politicians were free to bombard the electorate with anti-immigrant rhetoric. But there’s nothing stopping a Corbyn-led government adopting an ethical immigration policy post-Brexit, while focusing on what really counts: regulating money rather than people.

In fact, the keys to answering the major issues of the former referendum lie in the Labour manifesto: breaking up billionaire media monopolies, separating the BBC from government, free lifelong education and a cultural shift towards a more respectful political atmosphere. If the UK is to conduct another referendum on the EU any differently, we need a Labour government to enact these policies first.

No, Lexit is not a “fantasy”

Mason claims that Lexit is “as much a fantasy as hard-Brexit” because:

The actual Brexit project is being driven by neo-imperial fantasists like Johnson and Rees-Mogg, and the social forces supporting Brexit are almost entirely reactionary.

But all “Lexit” means is Brexit with a Labour government. And with the collapse of free market ideology and the UK’s two party system, a Corbyn-led government is a matter of when, not if.

The Brexit deal would also be different under Labour because the party has an entirely different set of priorities. For instance, May’s deal makes the UK an indefinite rule-taker on ‘state aid laws’ (i.e. restrictions on the public spending of EU member states). By contrast, a Labour government would want to be free to invest in our essential services and take them back into public ownership. That would be to the detriment of major EU states and corporations. For example, the French state and its corporations own a huge amount of our rail and nuclear power services.

Brexit is not inherently right-wing

The polls show that voters who want Brexit have aligned themselves with the Tories.

But this argument also doesn’t stack up. Equally, anyone who is arguing for a second referendum is aligning themselves with right-wingers Alastair Campbell and George Osborne, along with the global financial system and decaying ‘centrism’. There are left-wing and right-wing dimensions to both Leave and Remain. So smear-by-association on the issue of Brexit ultimately amounts to a pointless Punch and Judy exercise.

Forget compromising with the establishment. Let’s go for the jugular.

With both main parties honouring the referendum result, the next election will be all about what Lancaster University recently called “social murder” – otherwise known as Tory austerity. And Labour will win with a resounding majority. Unless we allow the Conservatives to make it about Brexit and attack Corbyn as a traitor across the mainstream media.