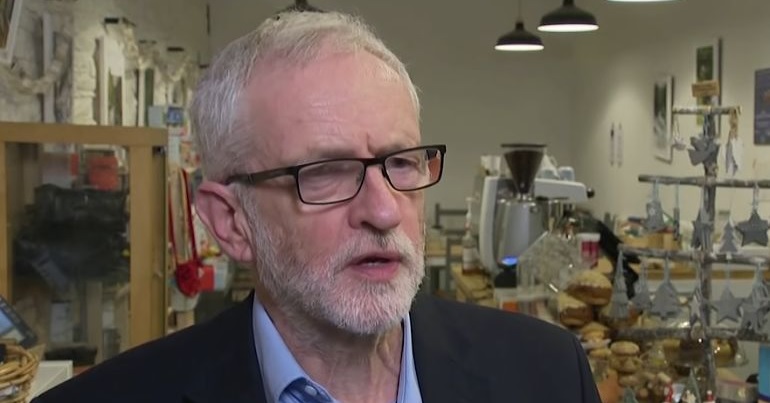 A group called Mainstream UK has exploited a veteran to spread vicious smears against Jeremy Corbyn. The group, which has attracted support from serial Corbyn critic Rachel Riley and a number of disgruntled ex-Labour MPs, paid to spread a video around Facebook about the Labour leader on 7 December.

Mainstream UK brands itself as a non-partisan champion of “respectable and responsible politics”. But it has spent thousands of pounds on advertisements that only attack the Labour Party, showing zero respect to the public, and a total lack of responsibility itself by not being upfront with people about its apparent partisan aims.

In the video, “former Irish guard” John Radley shares his opinion of the Labour leader. When Radley was a 21-year-old lance corporal in the guards, he was severely injured and almost killed by an IRA nail bomb. Speaking in 2013 about someone convicted of involvement in the attack, Radley said:

I lost my whole way of life, I lost my career, my whole life was ruined by this man.

In search of peace

Radley does not appear to have a high opinion of Corbyn. In Mainstream UK’s video, he brands the Labour leader a “supporter” of the IRA and “anti-British”.

Given Radley’s trauma at the hands of the IRA, it’s perhaps understandable that he holds this opinion. Because Corbyn was an MP who openly encouraged dialogue with members of the Republican party Sinn Féin in order to bring about peace in the north of Ireland. Indeed, Corbyn has regularly promoted dialogue to help peace processes, including with groups in the Middle East, such as Hamas – the elected government of Gaza that Western powers have designated a terrorist group. Radley also criticised Corbyn for this in the video.

Margaret Thatcher’s Conservative government, meanwhile, held negotiations with the IRA directly. These communications happened in secret and didn’t come to light until 2011. Thatcher has never been subject to the same ‘terrorist sympathiser’ accusations as the current Labour leader.

Corbyn has regularly had to defend his actions on the north of Ireland since becoming Labour leader. In 2017, for example, he said:

This is an argument he has made consistently. Amid outrage over his decision to host a press conference with Sinn Féin leader Gerry Adams in parliament in the 1990s, Corbyn stated:

Sinn Féin, whatever one thinks of them, are a major player in Irish politics. … [inviting Adams] doesn’t mean I agree with everything that he’s done or said… what I’m giving is an opportunity for a discussion with him and those people that disagree with him, why don’t they come along and… argue with him if they will, but at least get the process going.

When Tony Blair became Labour leader in 1997, he then prioritised negotiating with Sinn Féin, organising face-to-face talks within months of taking office. That engagement concluded in the Good Friday Agreement, a widely celebrated peace deal.

Immediately after all parties reached that agreement, Blair declared “the hand of history is on our shoulders”. Like Thatcher, he hasn’t gone down in British history as a ‘terrorist sympathiser’ for his role in the north of Ireland either.

“A dark and menacing prop”

In short, of the many British leaders who engaged with Sinn Féin and the IRA to bring about peace, only Corbyn faces derision for it. As Belfast-based writer Siobhan Fenton said in 2017 when attacks against Corbyn were in full swing once again:

For the English, Northern Irish people and our trauma are produced like a dark and menacing prop in elections for a bit of excitement. Then we are set aside, with none of our concerns or issues actually addressed, once the English news cycle has moved on. I imagine few in England understand how insulting that is to Northern Irish people, or how damaging to our peace process, but I imagine fewer still will care.

Fenton is right. The anti-Corbyn media regularly use the Northern Irish people as a “prop” for their attacks on the Labour leader. Now Mainstream UK is using Radley, and his very real trauma, in exactly the same way.

But the biased media and groups who use these affected parties to cynically attack Corbyn for his role in encouraging the peace process are effectively arguing against that peace itself. A peace that successfully did bring an end to the majority of the violence in the north of Ireland and Great Britain and that leaders of many stripes supported.

That’s how far they’ll go in order to ‘get’ their man.