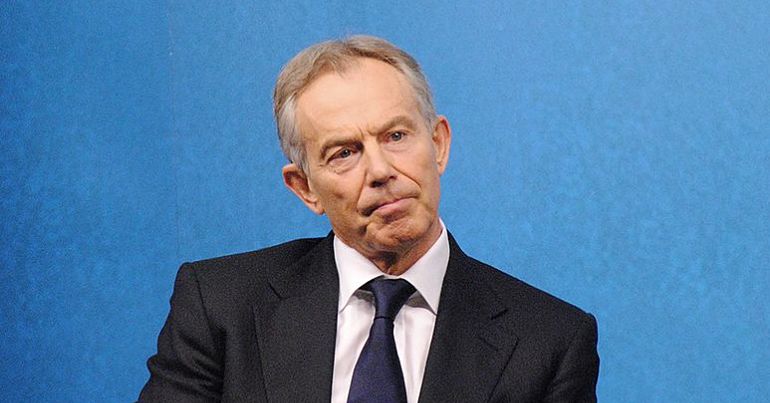 Former prime minister Tony Blair has called for a ‘renewal’ of the Labour Party after blaming what he termed “the far left” for its election defeat on 12 December.

Blair oversaw the neoliberalisation of the Labour Party from the 1990s into the early 21st century. Perhaps unsuprisingly then, he’s now arguing that the socialist policies proposed by Jeremy Corbyn’s Labour never have and never will appeal to “traditional” Labour voters.

Speaking in central London on 18 December, the New Labour politician, who oversaw the illegal invasion and destruction of Iraq, said “we don’t have the luxury of a slow march back”.

This guy really is special ain’t he? Does he *really* not understand that his decision to invade Iraq against the will of at least a few million of the people that elected him is what ‘radicalised’ (as he would see it) half a generation? https://t.co/L0ZIo93bik

Labour Party activist Umaar Kazmi recently warned against buying into the inevitable argument from “the Labour right” that “common sense socialist policies” were not popular.

Kazmi, a law student at Nottingham University, argued that the 2017 general election results proved that Labour’s “socialist policy platform” was very popular.  He said this was evidenced by the fact that Labour “massively increased” its vote share and seats in parliament that year.

Labour’s manifesto offered public ownership of such key industries and distinguished it from the policies of the Conservatives.

Writing in Consortium News, Alexander Mercouris also pointed out that Labour’s vote share in this election was 32.2% compared with 30.4% in the 2015 general election, before Corbyn became leader. In addition, Mercouris says Corbyn:

won more votes and a bigger percentage of the vote than his two immediate predecessors, Gordon Brown and Ed Miliband.

Mercouris, who largely ascribes Labour’s loss to its position on Brexit, also notes that, under Miliband, Labour lost 40 seats in Scotland – not to the Conservatives but to the pro-independence, left-wing SNP.

These were seats that Blair was able to take for granted when he was PM. It’s doubtful a neoliberal candidate could expect to regain them in the near future.

we pursued a path of almost comic indecision – alienated both sides of the debate.

However, Kazmi – who was a delegate at the 2019 Labour conference – argued that:

The reality is we disregarded democracy, and democracy has now disregarded us. Whatever you think about the 2016 [Brexit] referendum, it took place, and people wanted that result implemented. That’s why they voted for the Conservatives, because they promised to ‘Get Brexit done’ while we sold out the Midlands and the North of England to satisfy remain fanatics in London.

Meanwhile, Blair actively sought to reverse the Brexit result. So it’s unlikely that his preferred leadership would have won votes for Labour in its heartlands.

There will be many reasons behind Labour’s electoral defeat: some within the Labour leadership’s control and others not. It is to be expected that people like Blair, who represent the legacy of neoliberalism and perpetual war, will seek to use the election result to regain control of the party once more. Whether the rank and file of the party will allow that to happen is another matter.