Trumpism didn't come out of a vacuum. It has been brewing for a long time. - Canary 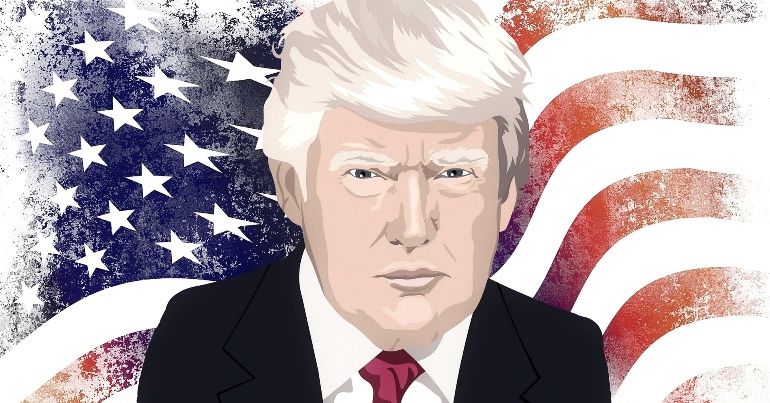 The scenes of violence in Washington on 6 January have attracted a mountain of commentary in media from across the political spectrum. The general formula has been to heap condemnation on Trump for stoking the flames of insurrection. And to be sure, Trump’s behaviour has taken his presidency to new depths of depravity, even by its own standards. By openly encouraging the mob, he is himself complicit in the violence that has led to the deaths of five people, as well as scores of arrests and over 50 injured law enforcement personnel. Now, Trump has attained the dubious distinction of becoming the first president in US history to have been impeached by the House of Representatives twice.

But to focus solely on Trump is to miss a wider point. The idea that everything in the US was hunky-dory before Trump came along is just as dangerous as Trump himself. The Democrats’ failure to offer an alternative to endless war abroad and crushing austerity at home created the petri dish in which Trump’s brand of far-right faux populism could thrive.

After all, one of the central tenets of Trump’s whole political narrative – that the Washington status quo is corrupt and the nation is in decline – is perfectly accurate. For decades, the US has been degenerating into an outright ‘dollarocracy’ at all levels of government, in which candidates must raise huge sums of money in order to stand a chance of election. The corporate and billionaire interests that foot the bill then expect the recipients to act in their interests rather than those of the public, in a process that has come to resemble ‘corporate state capture’.

The Democrats have been just as complicit in this as the Republicans. In fact, Joe Biden and Hillary Clinton both out-fundraised Trump in the 2016 and 2020 elections, respectively. So it’s actually Trump that has been the underdog in purely economic terms. On some occasions, Democrats have also received more from Wall Street than their Republican rivals. And once in office, they have served the interests of their corporate paymasters rather than their base of voters. In fact, this base is sometimes now referred to as consisting of “captured constituencies” – i.e. working- and middle-class people, ethnic minorities and poor people who have been left with no other choice than an increasingly center-right Democratic Party.

Taking its base for granted, with devastating consequences

As a result, the Democrats have taken their own supporters for granted and done little to help them. Indeed,  it has actually been Democratic Party administrations that have been responsible for many of the most reactionary policies of the last few decades. It was Bill Clinton who signed the North American Free Trade Agreement (NAFTA), gutted the social security system and accelerated the US’s addiction to mass incarceration.

Barack Obama, meanwhile, continued the Bush administration’s bank bailout program, signed free trade agreements like the Trans-Pacific Partnership, failed to repeal the Patriot Act or shut down the Guantanamo Bay detention centre, and increased the drone assassination program by a factor of ten. Perhaps this is because during a Democratic administration the party’s captured constituencies are co-opted into the continuation of the status quo. At least during Republican administrations they are mobilized against it and, therefore, hold it to account.

Running to the left of his own party

It was this situation that enabled Trump to hoover up large sections of the white working- and middle-class into his coalition. Because in reality he ran to the left of both his own party and the Democrats on certain key issues. For example, he railed against the disastrous NAFTA. And he (admittedly dubiously) claimed to oppose foreign military escapades that US administrations of both parties have embroiled the US in, such as the invasion of Iraq – which his closest Republican predecessor George W. Bush spearheaded. This stealing of the left’s clothes is a tried and true tactic of the international far right, and hardly unique to Trump.

Far-right parties across Europe, including the British National Party (BNP), often engage in “welfare chauvinism”. That is, they support social protections but only for the so-called ‘indigenous population’. The aforementioned fundraising disadvantage has also paradoxically given Trump and his supporters’ gripes a veil of legitimacy. Because when they say that the US isn’t a democracy, that Trump was at a disadvantage, and that the Washington establishment is bankrolled by special interests, again, they have a point. And this is part of the reason why the status quo created the circumstances for the rise of Trump. It has also allowed Trump to present himself as the ‘anti-establishment’ candidate.

The poisoned chalice of identity politics

Meanwhile, to give a thin veneer of credibility to their otherwise reactionary policies, the Democrats have embraced an empty brand of identity politics. This is often implemented in a tokenistic way that only benefits a small elite of these communities, rather than the communities as a whole. None of this is to say, of course, that there isn’t a moral case to be made for issues like LGBTQI+ rights or affirmative action policies for minorities. But when these policies become the centrepiece of a political project at the expense of broader action on the roots of poverty, joblessness, falling living standards and crumbling infrastructure that affect the majority of people – white and non-white alike – then they come at a terrible price.

They can lead to the false, yet nonetheless plausible-seeming, perception that whites are being deliberately relegated in the social hierarchy to the benefit of others. And for a reality TV personality with undoubted skill in manipulating people’s emotions, whipping up this kind of misplaced sentiment held by many white Americans (especially in rural and deindustrialized areas) was ripe for the picking. Like all far-right faux populists, Trump then seized on this sentiment to imply that the cause of falling living standards is favouritism toward minorities and immigrants by an out-of-touch ‘liberal’ metropolitan elite. It’s the classic far-right bait-and-switch in which both unfounded sentiments and legitimate grievances alike are directed toward all the traditional scapegoat targets.

There was a solution…

The solution, of course, would have been for Democrats to have directed people’s grievances toward the actual culprits for falling living standards: namely, the billionaire and corporate economic oligarchy (to which Trump belongs). They could have then re-shifted their focus away from right-wing economics and foreign policy with a thin identity politics veneer towards a genuine left populism.

This would ideally have offered real solutions to the many legitimate grievances of Trump’s working- and middle-class supporters such as an end to pro-corporate free trade deals, greater worker and social protections and a phased withdrawal of US troops and military bases from around the world. (Of course, this would have benefitted minority, LGBTQI+ and immigrant working- and middle-class people too.)

…but don’t expect real reform from the Democratic Party

The reality, however, is that the Democratic Party has no intention of doing any of these things for the simple reason that it can’t. The party’s corporate paymasters oppose even modest recalibration of power away from corporations in favour of workers and consumers. Therefore, if the incoming Biden administration follows through on its empty promise to adopt large swathes of Bernie Sanders’ policy platform (which, incidentally, is quite modest compared with European social democratic and labour parties), then the campaign contributions would dry up and the political fortunes of establishment Democrat lackeys like him would turn to dust.

Now that Sanders has been cheated out of the Democratic nomination twice in a row in spite of being the US’s most popular politician (even according to one Fox News poll!), it is clear that the Democratic Party is beyond reform. The corporate Democrats control the party and only use (moderately) progressive figures like Sanders and Alexandria Ocasio-Cortez as pawns to keep the base on board.

Unless some third force in US politics emerges to offer a real alternative to the center-right Democratic Party status quo and the far-right faux-populism that now dominates the Republican Party, then the inevitable outcome will be either the rise of Trump again, or some other (possibly even worse) far-right figure to fill that political space created by the Democrats’ failure, all over again.