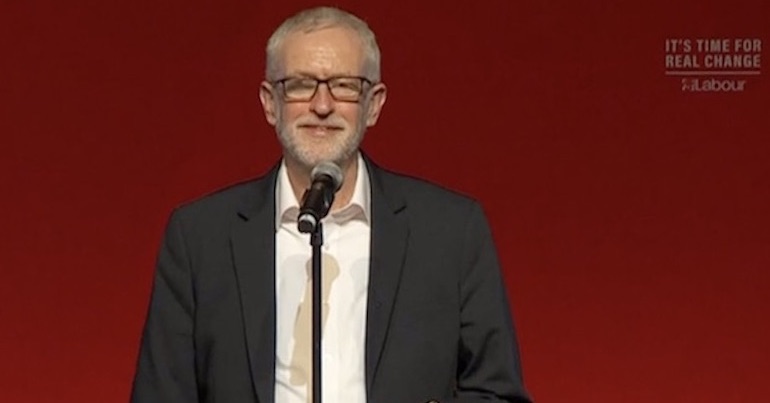 On 27 October, Jeremy Corbyn and Angela Rayner led a rally in Falmouth, Cornwall. The Canary attended and asked Corbyn what role he feels independent media plays in this election. His reply fully endorsed the work done by The Canary and other independent media outlets. He also challenged the ongoing bias and reporting by the establishment media.

I absolutely welcome the role of independent media in the election and in our public discourse and our public life.

And this is “because,” he explained, “they often ask far more searching questions and they don’t follow the herd instinct of the mainstream media”. He also stressed that the establishment media “just get one story and feed off each other and decide what the news is”.

The independent media are often much better at reporting news whereas many of the mainstream media newspapers have been taken over by commentary. All they do is comment on things rather than report on them.

And so, I strongly support the independent media.

Corbyn’s words come at a crucial time in this election. The BBC‘s already admitted it made “a mistake” after editing out audience members laughing at Boris Johnson during the leaders’ debate. And its political editor Laura Kuenssberg hasn’t stopped defending Boris Johnson, whilst criticising Corbyn on critical issues that affect the whole country.

Meanwhile, an attack on Corbyn from Chief Rabbi Ephraim Mirvis dominated the establishment media. Yet as The Canary reported, it failed to report that Mirvis considers Johnson a “longstanding friend”. Nor did the mainstream media give widespread coverage to Labour general secretary Jennie Formby’s strong challenge to Mirvis’s propaganda, or to a letter from another Jewish group which defended Corbyn.

The Labour manifesto has promised major media reform. And perhaps this is in part what’s creating the current bias and propaganda frenzy. So it’s up to all of us now to get Corbyn into power to ensure we have a fair and balanced press and a government that will undo the damage of nine years of Tory-led destruction.