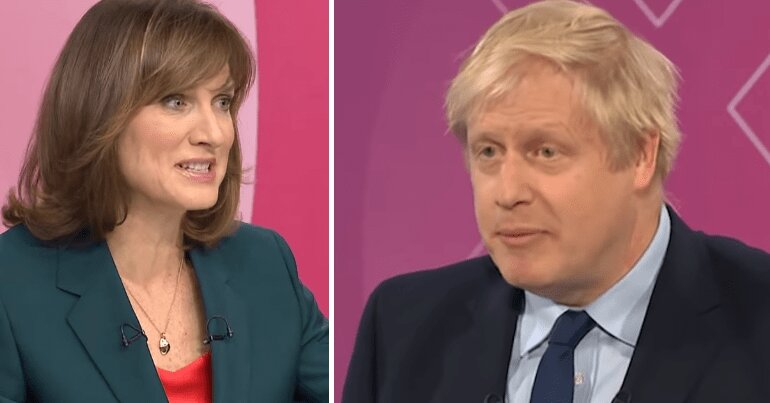 The BBC is in hot water again after people caught the broadcaster editing out audience members laughing at Boris Johnson.

What could be even worse is the excuse the BBC provided. In fact, it might spell the end of the institution as we know it.

They will do anything to stop Corbyn

The fresh scandal concerns footage from the BBC‘s Question Time Leaders Special on 22 November. The BBC covered the debate the following day on the news at 1pm. But viewers noticed that the state broadcaster played a clip of Johnson without the audience laughing at him, which they had done at the event itself:

This is utterly extraordinary. @BBCNews has edited out the audience laughing at Boris Johnson being questioned on trust.

The first part is from last night’s debate, the second is from BBC News at 1pm today. #ge2019 pic.twitter.com/PjhAQsWLoH

The BBC sought to explain away the edit through “timing reasons”:

This clip, which was played in full on the 10 o’clock news last night, was shortened for timing reasons in today’s lunchtime bulletin. We’ve fully covered Boris Johnson’s appearance on the BBC QT special, and the reaction to it, across our outlets.

‘Treats the public with contempt’

But many people were shocked at how little that adds up:

This explanation is ABSURD. IT treats us the public with CONTEMPT

Someone senior at BBC – like Director General Tony Hall – needs to make an urgent statement about what appears to be a deliberate campaign to help Tories & undermine democracy (& trash BBC's reputation in process) https://t.co/1qY5sgZdND

BBC News bosses leave it to press officers to defend the deliberate removal of negative audience reaction to Boris Johnson. This was a bad mistake, on top of running the wrong clip of Johnson on Remembrance Day… just own up and correct it. 👇🏽 https://t.co/A3U2lMZ2mT

This is worryingly unconvincing from the BBC. I have worked in TV news for 30 years and in the highly sensitive atmosphere of an election you cannot edit out laughter at a statement by a PM and replace it with applause and say you did it "for timing reasons".
You really can't. https://t.co/R5cu6MkZ0y

But significantly, this has led to demands for the BBC‘s Director-General to intervene on the matter:

This outrageous incident is not an isolated event https://t.co/1AuO7wHOBA

Retweet the hell out of this. Cancel your TV licence subscription, seriously…do it! You want to keep supporting some Orwellian disinformation channel? Send the BBC a strong message. https://t.co/cu0bfVkoit

There’s a pattern here. The BBC came under fire recently for another edit that seemed to be favourable to Johnson. On 10 November, the prime minister laid a wreath, to commemorate the millions of people who’ve died in wars, upside down. Instead of holding Johnson to account for the insult, the BBC broadcast archive footage of Johnson laying a wreath in 2016:

Hi @BBCNews. Could you please explain the editorial decision to use this footage of Boris Johnson laying a wreath in 2016 on this morning's news bulletin instead of footage from yesterday's service?#BBCBreakfast #BorisJohnson pic.twitter.com/bzyw1bktx7

As The Canary reported, it also claimed this was a “simple mistake”.

There were similar ‘mistakes’ in the BBC‘s coverage at the 2017 election. For instance, in an election report on 16 May 2017, the BBC exaggerated the impact of Labour’s tax plans on some earners by 971%.

During the last election, the BBC also:

Despite everything, the concept of the BBC is worth fighting for. A publicly-funded broadcaster that genuinely put information above profit would be incredible. But, it seems, the BBC may need huge reform.

Editing out voters laughing at Johnson, and then essentially gaslighting viewers who call you out on it, comes across as a new level of sinister statecraft. Sadly, if the BBC doesn’t sort itself out, it could be too late for the broadcaster.