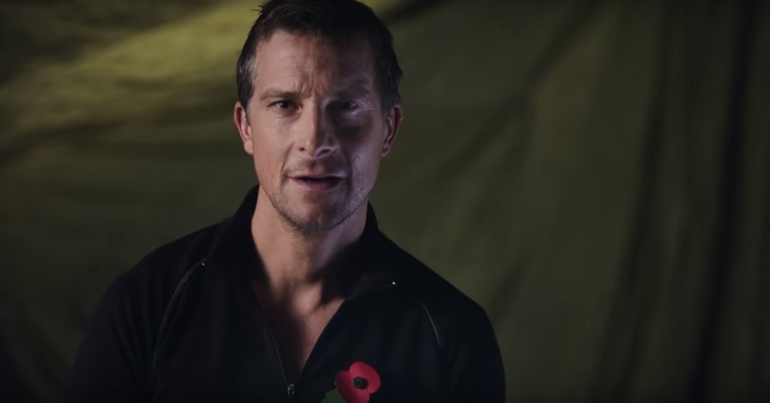 Critics have accused a recent Royal British Legion video of glossing over the horrors of the First World War and essentially romanticising the conflict in the process.

The global war between competing empires killed over 16 million soldiers and civilians. Yet the video – from the “custodians of remembrance” – effectively ignores this carnage, painting the era instead as one of “innovations” and “advances”.

The Canary sought out the perspectives of three separate organisations on the video, which appeared as a YouTube advert in the weeks leading up to the centenary of the end of WWI. The groups are the Peace Pledge Union (PPU), Veterans for Peace UK (VfP), and ForcesWatch.

The whitewashing of “an inexcusable slaughter”

The PPU slammed the video, telling The Canary:

How we remember the past affects how we live in the present. If we talk and act as if the waste of millions of lives in a colonial war was a noble sacrifice then we will have very skewed priorities in our approach to the world today.

Many WWI soldiers may very well have believed they were sacrificing their lives to protect their families and communities. And we must bear this in mind, even if the reality was different. But as the PPU insisted, WWI is “not something to be thankful for” but rather something to “mourn and lament”. It stressed:

The First World War was a waste of human life on an incomprehensible scale. It was an inexcusable slaughter, in which the rulers of Germany and Britain, and many other countries besides, sent people to die and kill other people who happened to have been born on a different side of a line on a map. Working-class young men bayonetted each other in the Flanders mud despite having more in common with each other than with the rulers who sent them to their deaths.

Referring to the mention of commonwealth soldiers and women’s rights in the video, the PPU also pointed out that:

Residents of East Africa died in their thousands as they were conscripted and mistreated by both British and German armies fighting over colonies. Lines were drawn on maps of the Middle East by colonial powers who didn’t consult the people who lived there.

Women had been struggling for the vote, and other rights, for years before the war began. This struggle was kept up by women who opposed the war, while militarists such as Emmeline Pankhurst postponed campaigning in order to promote the war.

The VfP, meanwhile, told The Canary that:

War does always advance medicine and technology, but if the vast sums spent on military research were instead spent on civilian research we would probably have better advances. Military projects are invariably over budget and excessively delayed.

Regarding the video’s specific message, the group didn’t express an opinion. But one VfP member did previously critique a very similar British Legion video on Twitter, asking:

Am I missing something here, but are @PoppyLegion suggesting that over 16 million deaths in WW1 were worth it because the war popularised the use of tea bags and wrist watches? #NeverAgain https://t.co/S66y4So42a

VfP also told The Canary that “some veterans in VFP UK see the remembrance as a way of deflecting from the tragedy of wars we have fought this century”.

A “marketing campaign for the armed forces”

the video reflects a common militarist practice of using the conflation of issues in order to further a particular agenda and view of Remembrance and the military.

The new video uses actors and public figures to attribute things as diverse and complex as women’s rights, wristwatches, medical advances, and parachutes to the ‘WW1 generation’ and, to some extent, to the UK armed forces. This is done while never acknowledging the far more complex range of factors that led to these advances.

Glenton is also a military veteran. And he added that:

the militarist tone around the state-led Remembrance event verges on becoming a marketing campaign for the armed forces. Secondly… the British Legion’s narrow framework for thinking about Remembrance does not allow for the kind of critique of war that is required to build sustainable security such as that promoted by our partners at Rethinking Security.

You can see the video in question below:

Corporate Watch recently exposed the British Legion and Poppyscotland for using prison labour to help make their poppies. As The Canary reported, prisoners can expect to make “less than £10 for a full working week”. According to the Legion’s own data, meanwhile, 3.5% of prisoners are ex-military. And VfP says:

There is growing evidence to show that many of the veterans who find themselves in the prison system are suffering from PTSD, or other combat related mental trauma.

Yet right-wing MPs recently slammed journalist Aaron Bastani over his criticism of the British Legion:

Absolutely sickening that as a country Britain spends £45 million on poppies to feel good and help a worthy cause while 13,000 ex veterans are homeless.

When was the last time the Royal British Legion challenged the government on homelessness and public services? Joke.

The Canary previously reviewed a report, meanwhile, which critiqued Armed Forces Day as part of a “militarisation offensive” to get people to uncritically support British foreign policy. Armed Forces Day is also used as a recruitment drive, that also targets children. And the latest British Legion video is exactly the kind of thing that helps to whitewash the reality behind war.

The PPU reported recently that:

White poppies were established by the Co-operative Women’s Guild soon after red poppies, as a way to remember all victims of wars, civilian and military alike. The PPU has sold 119,555 white poppies this year, as of 7 November. The PPU assured The Canary that “there is certainly no prison labour in the manufacture of white poppies”.

There are many ways to commemorate the horrors of all wars. The PPU put it this way:

We can thank the people who resisted the war, the thousands who were conscientious objectors, the thousands more who mutinied, the many others who turned against war as a result of their experience and built a strong peace movement in the 1920s and 1930s.

Commemorating war means not looking at it through rose-tinted glasses. It also means challenging the cynical manipulation of patriotism to serve the narrow interests of our ruling elite. If we can do this, we can successfully push for a better world – for everyone.

– Watch the new film War School while it is still free to view online, or arrange/attend a screening thereafter.

– Read about how British military veterans were threatened with arrest for handing out leaflets during Armed Forces Day.