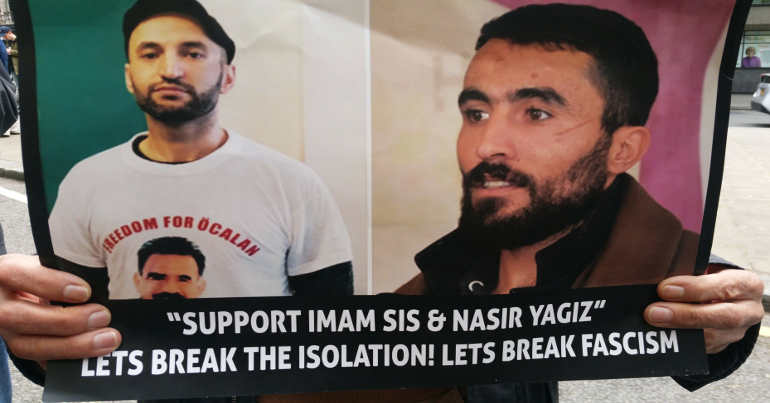 Activists in cities across the UK are planning to picket travel agencies on 4 May. They want to persuade people to boycott holidays in Turkey.

Kurdish activists have repeatedly called for holiday-makers to boycott Turkey in protest at the state’s crimes against Kurdish communities. It represses Kurdish people living within its borders, for example, and last year launched an invasion and occupation of Afrin in Rojava (northern Syria). In 2018, the Permanent Peoples’ Tribunal (PPT) found Turkish president Recep Tayyip Erdoğan and the Turkish state guilty of war crimes, as well as crimes against humanity, against the Kurdish people.

Protests planned across the UK

People from 10 towns and cities across England and Wales are taking part in the day of action in solidarity with Kurdish hunger strikers. Campaigners have sent The Canary a press release arguing that holidaying in Turkey “indirectly supports human rights abuses in Turkey”.

The day of action will focus on TUI (formerly Thomson Holidays). TUI is one of the companies named in new research just released by the international RiseUp4Rojava initiative. The research highlights the links between international travel agencies, Turkish hotel chains and airlines, and the Turkish state.

The owners of Turkish hotel chains and airlines are often closely linked with the Turkish state. For example, RiseUp4Rojava uncovered that TUI advertises rooms in D-Resort in Marmaris. D-Resort is controlled by Doğuş Holding. Billionaire Ferit Şahenk is CEO of Doğuş Holding and also a board member of the Foreign Economic Relations Board (DEİK) of Turkey. In 2013, Doğuş’s NTV network came under fire for failing to report on dissent against Erdoğan‘s government.

Over 7,000 Kurdish activists are currently on hunger strike around the world. Leyla Güven, a Kurdish member of the Turkish parliament, began the strike while she was in prison on 7 November 2018. She has continued her strike since her release in January.

Imam Sis, a 32-year-old Kurdish resident of Newport in South Wales, has also been on an indefinite hunger strike since December 2018. Both he and Güven are in increasingly critical condition.

The hunger strikers are calling for an end to the isolation of imprisoned Kurdish leader Abdullah Öcalan, who has been held since 1999 and denied access to his lawyers since 2011. He has only been allowed very brief family visits to check he is alive in recent years. The hunger strikers are also demanding the Council of Europe’s Committee for the Prevention of Torture (CPT) re-open its investigation into Öcalan’s imprisonment.

Many of the hunger strikers are prisoners in Turkey. On 30 April, 15 prisoners announced that they planned to make their hunger strike a “death fast” if their demands are not met.

“Tourism directly funds the state’s war on the Kurdish people”

Memed Aksoy from the Kurdish community in Newport said:

Tourism directly funds the state’s war on the Kurdish people. In the name of humanity, we ask everyone to boycott holidaying in Turkey. Therefore we call upon every one who stands in solidarity with the Kurdish People to avoid visiting Turkish holiday resorts.

Tourism accounts for 11.6% of Turkey’s economy, contributing $26 billion to their economy in 2017. This income helps fuel Turkey’s war on the Kurds… Over 2 million people from the UK visited Turkey in 2018, making the UK one of the top 5 countries supporting Turkey’s tourist income.

We cannot rely on governments alone to pressure Turkey, attacking their economy through boycotts is an important part of the campaign. TUI profits from facilitating holidays to Turkey. In addition to encouraging individuals to boycott Turkey we will put pressure on… TUI to drop Turkish holidays from it’s selection.”

The Canary contacted TUI for a comment on the planned protests. We had not received a reply at the time of writing.

The Kurdish hunger strikers are literally putting their lives on their line to make their demands heard. They deserve us to hear them. And one important way to show solidarity is to boycott holidays in Turkey.