David Cameron's key argument for remaining in the EU just got destroyed, by facts (TWEETS) - Canary 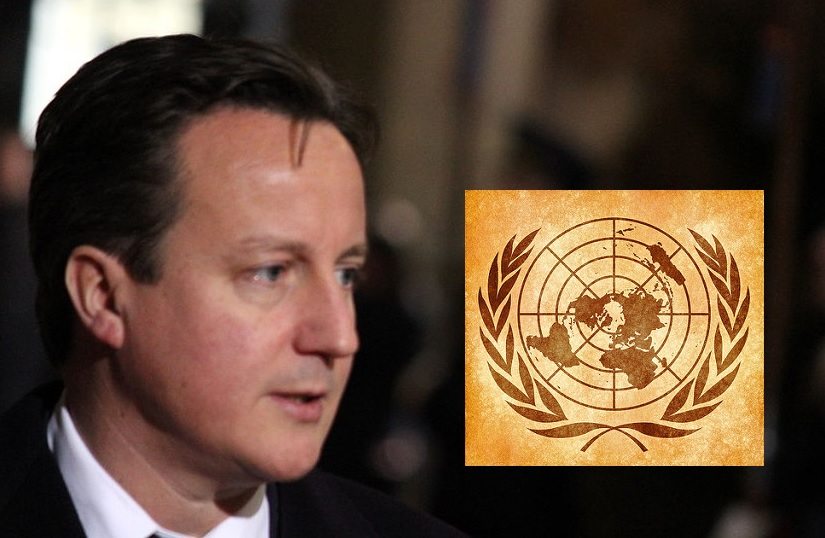 David Cameron’s renegotiation of the UK’s association with Europe is wreaking havoc in the Conservative party. Most notably, the Justice Secretary, Michael Gove, has come out against the EU settlement with all barrels firing. He claims it is not legally binding, and could be overturned by the European Court of Justice (CJEU).

Despite the fact Gove is the Justice Secretary, history tells us it is unwise to entirely trust his judgement. So, could the deal really be struck down by the court?

Steve Peers, a Professor of EU Law and Human Rights Law at the University of Essex, gave his assessment:

the renegotiation deal is binding. But there are two significant caveats to that. Parts of the deal, concerning the details of the changes to free movement law and Treaty amendments, still have to be implemented separately. And there are limits to the enforceability of the deal.

For Cameron’s part, he is taking no chances. He marched straight to the United Nations to register the terms with the UN Secretariat. Matthew Rycroft, the British Ambassador to the UN, said the manoeuvre:

puts beyond doubt the fact that the deal the prime minister agreed is legally binding and irreversible in international law.

Apparently, once the UN acknowledges a situation, with all their international weight, it becomes undeniable. Which is strange, because just three weeks ago the UN issued a ruling on another matter, and the UK completely ignored it.

The ruling in question was published by the UN Working Group on Arbitrary Detention (WGAD), regarding the case of Julian Assange. Assange is wanted for questioning in Sweden over alleged sexual misconduct and is sought by the US – for a “multi subject investigation” into Assange’s Wikileaks. He has been given asylum by Ecuador, but has been trapped in their embassy in London for over three years. The UK government have said he will be arrested if he attempts to leave, and have routinely stationed police at the embassy. Wikileaks have made clear at what cost to the taxpayer:

The WGAD ruled that this amounts to arbitrary detention, and is in violation of the Universal Declaration of Human Rights (UDHR). They stated:

The Working Group also considered that the detention should be brought to an end and that Mr. Assange should be afforded the right to compensation.

We completely reject any claim that Julian Assange is a victim of arbitrary detention. The UK has already made clear to the UN that we will formally contest the working group’s opinion

Wikileaks noted the disconnect in the UK government’s adherence to UN decrees:

In the government’s defence, these are not identical situations. The WGAD offer ‘opinions’. But those opinions are based on how compliant a country’s actions are with compulsory international law. In the case of Julian Assange, their ‘opinion’ is that the UK is breaking it.

By contrast, the EU deal has been – now it’s registered – acknowledged at the UN as an international treaty. It’s an official agreement that the UN could, in theory, be called upon to enforce. But, it is also something parties could potentially, or partially, withdraw from – depending on the terms.

The foundation on which the WGAD grounded their ‘opinion’ is much more binding than the EU deal’s registry. At their core, these decisions are based on compliance with the UDHR, enshrined in the International Bill of Human Rights, which concludes:

Nothing in this Declaration may be interpreted as implying for any State, group or person any right to engage in any activity or to perform any act aimed at the destruction of any of the rights and freedoms set forth herein.

Yet, it is this ruling, based on a universal and binding treaty, that Cameron chooses to ignore.

This should come as no surprise. The recognition of the EU deal by the UN secures Cameron’s sovereignty, more than ours. It means, for example, he can possibly make progress in his desire to “curtail the role”  of the European Court of Human Rights (ECtHR), scrap the Human Rights Act, and subject us to a British Bill of Rights instead. The Human Rights Act incorporates the European Convention on Human Rights into UK law. It is not limited to EU countries, it applies to all members of the Council of Europe, but is one of the many things UK citizens benefit from in it’s close ties to the European community. But Cameron isn’t making this argument, because this is precisely the sort of thing he wants to get rid of.

The UDHR ruling matters. But it does not bolster Cameron’s power, it strengthens ours. That’s why the UK government is refusing to abide by it. Seemingly, the UN’s importance is only invoked by the UK when it benefits those in control and allows Cameron to spin lies that will appease his own party. This is insulting to the UN and dangerous for the people it was set up to protect.

Image via Wikimedia and Nicolas Raymond