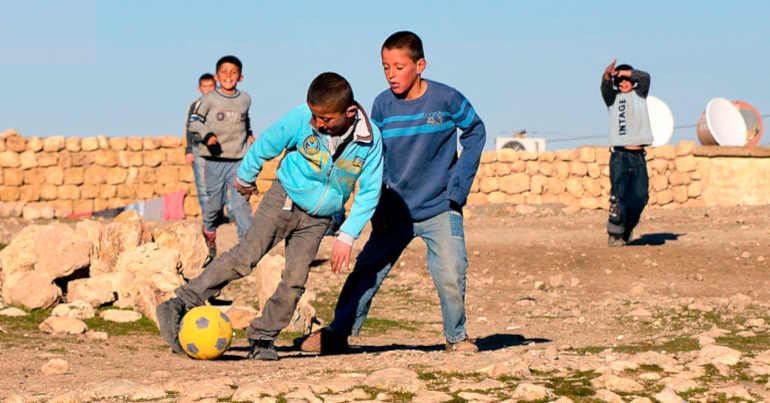 The Scottish football team is set to play against Turkey on 16 November, but critics are calling for a boycott of the match.

The ‘friendly’ game will take place in Diyarbakır stadium, in Bakur – the part of Kurdistan that lies within Turkey’s borders. One third of Sur, the old city of Diyarbakır, was destroyed by Turkish forces after local people rebelled – declaring autonomy from the the state – in 2015. The destroyed area has been intentionally gentrified by the state in an attempt to break the solidarity of the people of the city.

The Boycott Turkey Campaign made the following statement, calling for a boycott of the Scotland vs Turkey game, and of tourism in Turkey more generally:

Scotland v Turkey should be condemned for what it is: an extension of the [Turkish] state’s assimilation policies and an attempt to bury the struggle for freedom.

The so-called UK government encourages domestic defence industries to partner with Turkish militarism. Their geopolitical partnerships will never pave the way to freedom, in Europe or the Middle East.

Boycott the game and Turkish tourism.

In solidarity with the imprisoned.

The campaigners continued, explaining why there is a need for a boycott:

In Turkey, the Kurdish people are the country’s biggest ethnic minority at around 20% of the population. They have faced generations of genocide, and every part of Kurdish identity, culture and language is attacked. Today, there are around 10,000 Kurdish political prisoners in Turkish prisons.

[T]he Turkish state is attacking all left wing social movements in Turkey as well as the Kurdish people as a whole. The state is also drone-striking, bombing and gassing the guerrilla in the mountains and assassinating civilians and defense forces of the revolutionary autonomous area of Rojava / North-East Syria, which is putting the Kurdistan Freedom Movement’s anti-imperialist, revolutionary socialist principles into practice.

The Boycott Turkey campaign’s statement said that Amedspor, one of the local football teams in Diyarbakır, was fined in 2014 for using Amed, the Kurdish name for the city, as part of the team’s name.

Furthermore, six Amedspor fans were arrested for waving the Kurdish flag and chanting pro-Kurdish slogans at a match in September 2022. The Turkish Interior Ministry said at the time that they were arrested for “engaging in an act of terrorism by waving the flag of an imaginary country”.

During the same month, a further 19 Amedspor supporters were arrested for refusing to stand during the Turkish national anthem.

According to Boycott Turkey:

Amedspor members and fans are not only targeted at home, but also by assassination attempts and attacks from far-right fans across the country. The team’s treatment by the state and the nationalist right-wing reflects the attitude towards Kurdish people and liberatory politics as a whole.

Football fans in Amed have even been water cannoned by Turkish security forces during matches.

One local player has received a lifetime ban from competing for expressing his political beliefs. While the Turkish military’s brutal repression against cities in Bakur was still ongoing in 2016, former Amedspor midfielder Deniz Naki received a 12-match ban for dedicating the team’s win against Bursaspor to the people who had been killed by Turkish state forces. He also had to pay a fine, and received a suspended prison sentence. He later received a lifetime ban for views he expressed on social media.

This kind of ban is only enacted when the political beliefs expressed are critical of the state. For example, in 2019, the Turkish national team repeatedly performed salutes before matches, in support of the Turkish state’s invasion of Northeast Syria. The players persisted with these salutes, even after complaints from UEFA.

Support the boycott, and stand with the struggle for freedom

Kurdish academic and author Dilar Dirik explained why it is so important to boycott Turkey. She wrote:

“Boycotting Turkey is not merely an attempt to economically disrupt a billion-dollar business empire that profits from massacre, authoritarianism and intimidation. It is also an ethical stance against the exploitation, terrorization and annihilation of the Kurdish people and other communities, targeted by the nationalist state mentality of Turkey. Boycotting Turkey means saying NO to the normalization and white-washing of dictatorship and genocidal politics.”

It’s important that we oppose the match tomorrow. Radicals in the UK have long supported a boycott of Israeli apartheid in support of the Palestinian struggle – now we need to also extend that solidarity to our Kurdish comrades.