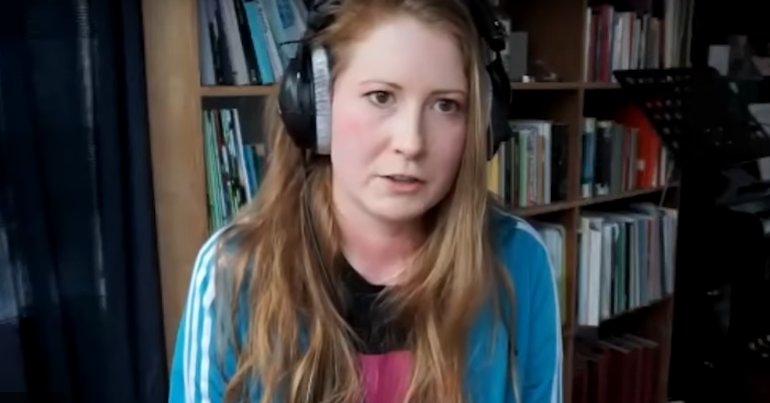 It’s taken almost a decade for the Metropolitan Police to apologise to Koshka Duff for the language they used when they sexually assaulted her. Back in 2013, she was arrested after offering legal advice to a 15-year-old who was being stopped and searched. Her treatment that followed at the police station was disgusting. Female police officers handcuffed her and used leg restraints, pinned her to the floor, and cut her clothes off her while male officers were watching.

Imagine you are surrounded by an armed gang. They tie your hands and legs together, pin you to the ground, and cut off your clothes with scissors. While grabbing you all over, ripping out your earrings and hitting your head off the concrete floor, they crack jokes about the benefits of strapless bras. They call you childish for objecting.

That was my experience of being strip-searched at Stoke Newington police station.

CCTV, obtained by Duff and shown to the Guardian, shows the vile language the police used. A female officer comments on her having “a lot of hair” on her body, while the male officers make disgusting ‘jokes’ about a smell coming from her possessions (“oh, it’s her knickers, yeah?”). One of the men tells his female colleague that she needs “defumigating” after touching Duff. Then they comment on whether they find Duff’s body “rank”.

One police officer is even caught on camera bragging about the size of his dick and how his former partner couldn’t keep all his sperm in her mouth.

Misogyny is instrumental for the police to thrive

It makes me feel sick to read that Duff was talked of like this. But at the same time, it doesn’t surprise me at all. In the UK, comments about women and teenage girls being “rank” is commonplace, as are comments about their body hair, or misogynist insults about the smell of women’s genitalia. Nothing ever improves, and this CCTV footage is one more example of what campaigners and activists have shouted time and time again: that the British police force is a misogynist institution.

In fact, misogyny is key to the police thriving. Toxic masculinity, macho violence, and a desire for dominance over other human beings are traits that police officers need to do their job well enough to suppress the population. As is the ability to dehumanise people so much that either you get a kick out of treating them like scum, or you’re apathetic about their safety.

As Duff points out, it doesn’t matter what gender the person is when they’re working for a structure that’s misogynistic to its core:

In my experience, female officers can be cruel and vindictive with the best of them. They throw misogynist insults and impose the diktats of normative femininity just as readily as their male counterparts – in fact, they often take this as their distinctive prerogative.

Punishment for refusing to cooperate

It’s important to note that the police haven’t apologised to Duff for the strip-search itself, nor have any of the police officers been disciplined, even after this disgraceful footage was released.

Back in 2018, the police officer who ordered Duff’s strip search was cleared of gross misconduct, saying that her treatment was “for her own safety”. It’s completely unbelievable that pinning someone down, hitting their head on the ground, cutting their clothes off, and then giving them injuries could ever be for their own benefit, and yet the officers involved got away with it, and they will continue to get away with it around the country.

The police use their strip-search powers as a way to punish those who don’t comply with their questions, or who passively or actively resist their arrest. And they know that for those who aren’t cisgendered men, the experience is likely to be even more degrading and traumatic. The Canary’s Emily Apple says:

I’ve been strip-searched several times by the police. On several occasions by force. And predominately, it’s been a punishment because I’ve refused to co-operate.

Apple describes one of these incidents:

I was dragged to a cell, pinned down by male officers, and only realised what was happening when other officers started removing my clothes. Other male officers, including the custody sergeant, watched from the corridor.

Apple talks about the psychological impact that this misogynist, violent policing has had on her:

And this is important. Not because I want sympathy. But because I think it’s crucial that we recognise the impact repressive and vindictive policing has on mental health. Sometimes the mental scars take far longer to heal than the physical ones.

I myself am another woman who has been strip-searched by the police (for my own safety, of course). I also tried to take a civil case, but after a long, drawn out process, my solicitor didn’t think I had much chance of winning, and the case was dropped. It’s only Duff’s gruelling persistence that’s ensured she received her apology and the CCTV footage of her assault.

Duff, Apple, and myself are in positions of privilege: we’re all white women, we know the legal system pretty well, and we know of lawyers who take cases against the police. But most people who have been arrested and strip-searched won’t realise that they can try to take a civil case. And so most incidents continue to happen behind cell doors, and police officers usually aren’t held accountable for what goes on. Even if people do realise that they can take a civil case, the whole system is rigged so that you can’t succeed.

The costs of a civil action against the police are prohibitive. …

Legal aid is paltry and unavailable to most. The application procedure is so complicated that trained lawyers struggle to fill in the forms.

If this is how they treat privileged people…

After reading Duff’s account of how she was treated as a white woman, I can’t help but think about all the BAME women and gender-queer people who are strip-searched. We know that the police are institutionally racist and we know the way BAME people are treated behind cell doors is likely to be worse than anything we face as white women.

And then there’s children. A 2019 report concluded that a “high proportion” of children were strip-searched by the Metropolitan Police. And we know of cases like Georgia Wood, who was strip-searched by South Wales Police at the age of twelve without an appropriate adult present.

There are also all those in prison, the majority of whom are working class, who are subject to extensive strip-searches. We know that more than half of female inmates are victims of sexual or domestic abuse. Strip-searches will only re-traumatise people who have been abused by men.

Duff’s case perfectly portrays the police force as an institution that isn’t willing to change its misogynist ways. This is a Met Police force with a staff member who murdered Sarah Everard, and with other staff members who took photos of Bibaa Henry and Nicole Smallman’s bodies as they lay dead. So it’s perhaps no wonder that the Met can’t even be bothered to discipline its officers over Duff’s treatment. But make no mistake, it is yet another example of why the public should never put their trust in the rotten, violent institution that is the British police.

Featured image via The Guardian / Screenshot