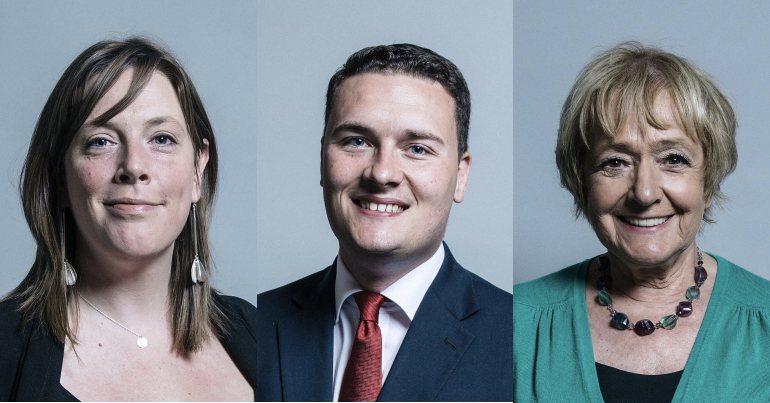 Donald Trump and his supporters have sunk even further into vile racism. On 14 July, Trump issued a series of racist tweets. He told four progressive congresswomen of colour to “go back and help fix” their “broken and crime infested” countries.

Since then, his supporters have pushed the racist attacks against congresswoman Ilhan Omar further, chanting “send her back” at a rally. In response, thousands of people have spoken out to support Omar, including some right-wing Labour MPs. Yet in the face of ongoing accusations of antisemitism in Labour and attacks against Jeremy Corbyn, their words of ‘support’ ring hollow. Because if Omar were a Labour MP, those same MPs would probably have opposed her political stances and attacked her for them too.

I Stand With Ilhan Omar

Following the chants at the Trump rally, #IStandWithIlhan trended worldwide on Twitter.

This is what fascism looks like. We must fight it at home and abroad. https://t.co/3Pnx7rKOuh

To think our great country rolled out the red carpet to this man. Truly one of Theresa May’s worst judgements. https://t.co/vksAdcfd57

Margaret Hodge also shared a petition of support for Omar and the other women Trump attacked. But no one was buying her faux solidarity:

I don't think Margaret got the memo:https://t.co/RDyE2EWoBw

This is sickening and dangerous racism.

Don’t think because it’s happening 000s of miles away that it’s not our problem. Or that because we do business with America that we can ignore it. Aspiring/Leaders have a duty and responsibility to call this out.

Don’t be a bystander. https://t.co/Soo0krea1n

Omar and Rashida Tlaib are the first ever Muslim women elected to congress. Since her election, Omar has stood firm to challenge the ongoing human-rights abuses in occupied Palestine. Indeed, as Haaretz reported, Tlaib and Omar plan to visit Israel and the West Bank. Yet to do this, they need permission from Israeli prime minister Benjamin Netanyahu. Reportedly, he will “have to decide whether they would be let in” to Israel. This is because of the support they’ve given to the Palestinian-led boycott, divestment and sanctions (BDS) movement. In doing so, and by refusing to pledge allegiance to Israel, Omar has faced vicious smears calling her ‘antisemitic’ (including from Trump).

So it didn’t take long for people to question the ‘support’ from these right-wing Labour politicians. As hip-hop artist Lowkey pointed out, if Omar were a Labour MP, Phillips, Streeting and Hodge (and Berger) would very likely have accused her of antisemitism too:

You spearhead the campaign against actual progressives like Ilhan Omar in your own party. Be honest please, if she was a member of Labour you and your gang would be militating against her in front of the nearest cameras you could find. https://t.co/5WCCdbpcZt

If Omar was a Labour MP…

As journalist Owen Jones noted, as long as charges of antisemitism against the pro-Palestinian left continue from so-called ‘centrists’, those on the right will continue to ‘appropriate’ and weaponise this further:

The left has been systematically demonised by those who style themselves as "moderates" or "centrists" on both sides of the Atlantic. They might not like it being pointed out that, in doing so, they're legitimising far right attacks on the left. It is, nonetheless, still true.

Although as others pointed out, some allegedly left-wing journalists who’ve jumped up to support Omar may also have called for her expulsion if she was a Labour MP:

Just a reminder that the Optics Left — which unfortunately is the only strand of Corbyn movement that gets invited on BBC, Sky etc — would 100% have called for Ilhan Omar to be expelled from Party if she was a Labour MP. #IStandWithIlhanOmar #IStandWithChrisWilliamson

Others, meanwhile, pointed out the sheer hypocrisy of this so-called support:

Trump's attacks on Ilhan Omar have put Labour "moderates" in a tricky situation. They have to be seen to condemn Trump, but they can't really defend Omar without looking like massive hypocrites. Trump accuses Omar of antisemitism for the same reason they accuse Corbyn. #awkward

In April, Trump’s tweets led to a rise in death threats against Omar. So as some pointed out, there’s an even more chilling aspect to Trump’s latest attack. It should lead Streeting, Phillips & co to reconsider the overt harm and damage they have caused for many on the left in their ongoing accusations of antisemitism, in particular towards left-wing Jewish Labour members. While this is unlikely to happen, the severity of Trump’s latest attack on Omar can’t be underestimated:

They’re trying to get Ilhan Omar killed. It’s that simple.

Antisemitism exists throughout society. We must all firmly oppose it whenever it rears its disgusting head. But in the current climate, too many Labour MPs have used accusations of antisemitism to lead an attack designed to weaken the Corbyn’s democratic socialist leadership of their party.

Trump’s latest attack is sickeningly racist – and it draws strength from dodgy centrist attacks on the left. So Omar and the other progressive US politicians truly do need our support and solidarity. But we also need to call out these right-wing Labour MPs, because it’s so unlikely they’d support truly progressive politicians like Omar, Tlaib, or Alexandria Ocasio-Cortez if they were UK MPs. This is hypocrisy at it’s worst.