Another minister has given 'misleading' information. What the hell is going on at the Home Office? - The Canary 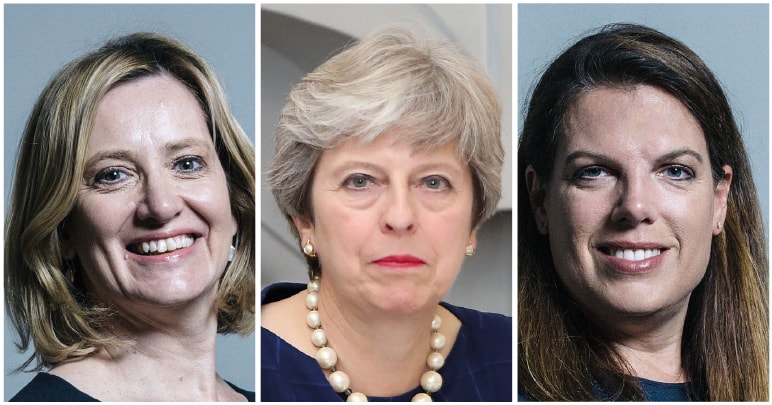 The Home Office has been in the news for all the wrong reasons recently. The Windrush scandal has focused on two former home secretaries – Amber Rudd and Theresa May. But the problems with that department appear to be widespread. And now, the immigration minister has been accused of “shambolic incompetence”.

The pattern emerging makes it increasingly difficult to believe it’s all just “incompetence”, though.

Caroline Nokes became the immigration minister in 2018. She was previously responsible for ‘government efficiency‘ at the notoriously “incompetent” Department for Work and Pensions.

Nokes was recently in the news regarding immigration policy. The government is revoking [paywall] the visas of many immigrants following claims they’ve cheated in the Test of English for International Communication. Many who are affected claim they were incorrectly identified, yet they cannot appeal until after they’ve left the UK.

In response to this, Nokes said “the government has no plans to change the appeals system”. Sabtir Singh, the chief executive of the Joint Council for the Welfare of Immigrants, said [paywall]:

A Guardian investigation revealed that 1,000 highly skilled migrants were incorrectly facing deportation. Speaking to the home affairs select committee, Nokes claimed she hadn’t yet looked into this issue because:

there have been only two working days since this issue was flagged up.

The Guardian has now gained access to letters written by Nokes from February 2018. It reported:

In both of her detailed replies, Nokes demonstrates an in-depth understanding of the issue and the individual cases, stating that while she is unable to comment on particular instances, “I can set out in general terms how my officials consider these types of application”.

The chair of the committee, Yvette Cooper, said it:

has been given inaccurate information too many times already…

Suspended Labour MP and committee member John Woodcock accused the Home Office of “shambolic incompetence”. But this is far from the only time the country has been asked to decide if the department is “shambolic” or wilfully deceptive.

Amber Rudd resigned as the home secretary on Sunday 29 April. By the time she left, she had made statements which were at the very least ‘misleading‘. The final straw came when Rudd claimed to have been unaware of targets, and was later revealed to have been the recipient of a memo setting out targets.

Theresa May was the architect of the ‘hostile environment’ policy that caused the Windrush scandal. May unsuccessfully tried switching the blame for this to Labour, and was promptly accused of misleading Parliament.

May’s ex chief of staff Nick Timothy also waded into the situation, and tried to claim May didn’t know about the famously racist ‘go-home’ vans. It was quickly shown this wasn’t true, and the already disgraced Timothy deactivated his Twitter account.

These incidences of the Home Office being accused of either lies or incompetence are stacking up. But there is one thing to come out of the department that’s proven true. May promised to create a hostile environment, and she succeeded on that front.

The problem for the Tories is the hostility has turned on them.