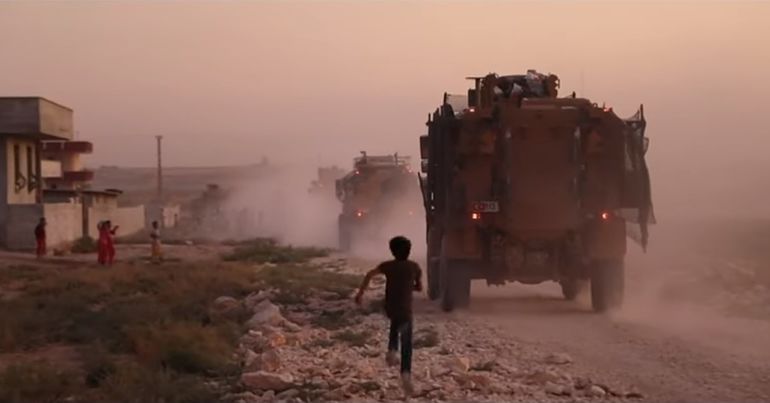 UPDATE: This article was updated at 3.39pm on 10 October to add details of an emergency rally taking place in London at 5.30pm.

As Turkey launches an attack on north-eastern Syria, there have been calls for the UK to suspend arms sales to Ankara.

In a press release, the Campaign Against Arms Trade (CAAT) says that Turkey is one of the “world’s largest buyers of UK weapons”. CAAT says the UK has licensed weapons sales worth £1.1bn to the country since president Recep Tayyip Erdoğan took power. According to the group, these include:

CAAT also notes that Turkish military representatives were guests at September’s Defence & Security Equipment International 2019 arms fair in London. The event saw a number of protests in support of Rojava, the area of Syria now under attack by Turkey.

As The Canary has previously described:

A group of UK MPs recently returned from a visit to the region. It condemned any potential invasion, warning that it “is likely to lead to ethnic cleansing” and “could create millions of refugees”.

There needs to be a withdrawal of all foreign forces from Syria, not further escalation of the conflict.

The attack has provoked protests in the UK. An emergency rally has been called for 5.30pm on 10 October at Piccadilly Circus. A further London demonstration will take place on Sunday 13 October. Meanwhile, activists in Bristol have blockaded what they described to The Canary as “the entrance to a complex of businesses that trade arms to Turkey”. 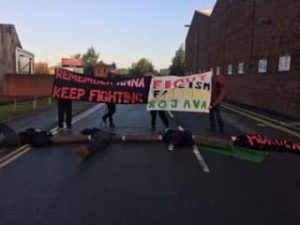