40 years on from the Brixton riots, the Police Bill could spark a summer of urban unrest - The Canary 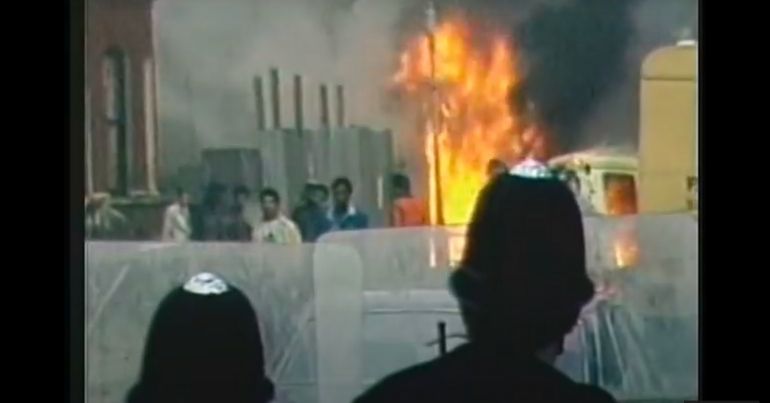 On 10 April 1981, young Brixton residents rose up in response to police oppression, entrenched inequality, and marginalisation. The unrest soon spread to urban centres across the UK.

The Scarman Report went some way to identifying the root causes of the rebellions. But successive governments have failed to deal with these issues, and have exacerbated them in many cases. 40 years of cuts and privatisation, an increasingly fascist state, and a devastating pandemic have resulted in a frustrated, volatile population with little to lose. If plans for the proposed Police, Crime, Sentencing and Courts Bill go ahead, we could see history repeat itself.

The battle for Brixton

In 1981, the New Cross fire exacerbated community mistrust of the police. The arson attack – which killed 13 young Black people – was one of a series of racist attacks in the area and across Britain. Despite this, the police dismissed claims that the fire was an act of racial violence. After years of marginalisation, heavy-handed policing, and alienation, the community rose up on 2 March 1981, the Black People’s Day of Action. An estimated 20k people marched through London to demonstrate against Britain’s indifferent police, media, and government.

Met Police’s ‘Operation Swamp ’81‘ further aggravated tensions in Brixton. The force used the ‘sus laws’ to harass young Black men in the area. These were laws which increased police powers to stop, search, and arrest anyone deemed ‘suspicious’. In early April 1981, plainclothes officers stopped and searched nearly 950 people in 5 days, often without reason. Following the stabbing of a young Black man, and increased police presence in the area on 10 April 1981, young people in Brixton rose up. The unrest in Brixton lasted for two days, but spread to urban centres across Britain. Namely Moss Side (Manchester), Toxteth (Liverpool), and St Paul’s (Bristol).

Many of these uprisings were sparked by attempts to challenge arrests, raids, and assaults on young Black people. Hundreds were injured. The Runnymede Trust highlights that the Scarman Report – commissioned in response to the urban rebellions – “stressed the importance of tackling racial disadvantage and racial discrimination”. Black Past adds that the report “blamed the police for escalating the tensions”.

Tony Cealy, who took part in the uprising as a 15-year-old, told the Voice:

Reflecting on the rebellion’s legacy, he added:

We’re just as powerless as we were during the 1981 uprisings.

Since the 1981 urban rebellions shook the nation, Britain has seen numerous major uprisings. These include the 1991 Handsworth uprising, the 2001 race riots in Bradford, and the 2011 Tottenham uprising following the police shooting of Mark Duggan. While varying in scale, location, and demographics, the causes of each violent uprising were essentially the same. Entrenched inequality, marginalisation, and unjust, heavy-handed policing.

In the decade since 2011, privatisation and cuts have eroded our public services on an unprecedented scale. The government has created a hostile environment for immigrants and stoked the flames of Britain’s culture war. The nation has been ravaged by a deadly virus thanks to government incompetence. Unemployment is at a four-year high. We’re facing a child poverty crisis combined with dramatic cuts to youth support services. We’ve seen disproportionate heavy-handed policing of the pandemic and of peaceful protests. In other words, the nation is a tinderbox waiting to be set alight.

And now the government plans to thrust the Police, Crime, Sentencing and Courts Bill upon us. The draconian bill seeks to further increase police powers and criminalise vast swathes of the population. This includes children and young people, Traveller communities, rough sleepers, and anyone who dares to publicly protest against the encroaching police state. The breadth of the proposed bill’s impact is reflected in the diverse range of organisations that have come together to form a “massive coalition” to oppose it. Meanwhile, the police have met peaceful ‘Kill the Bill’ protesters with brutality, while the mainstream media has told a different story.

If the government enshrines its draconian bill in law, rather than supporting communities and dealing with poverty, trauma, and unmet needs, it’s likely that we’ll see yet another long, hot summer of violent discontent.